How I Learned to Stop Worrying and Love the Multimeter 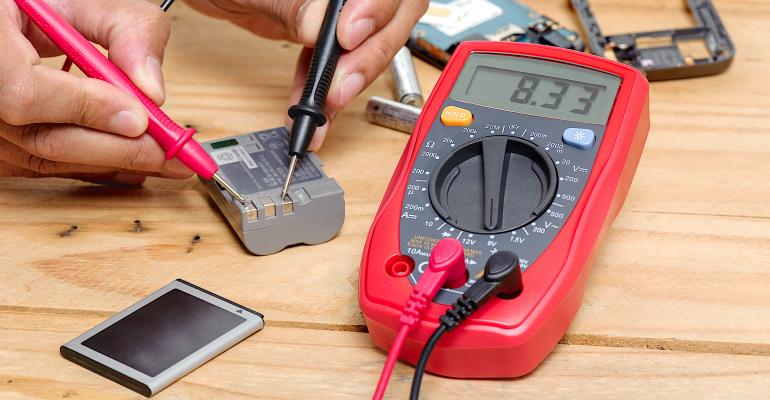 What’s the smallest cheap-and-cheerful digital multimeter that’s out there today?

I was just reading a Tool or Toy? column by my old chum Steve Leibson. In this column, Steve discusses in detail a cheap-and-cheerful Tilswall Digital Multimeter he ran across on Amazon for only $6.99. As Steve points out, this is less than a “Whopper Meal for Two” deal at Burger King. This set me to thinking about meters in general and multimeters in particular, along with some of the other tools I’ve either loved or lusted over.

Today, of course, most of us think in terms of digital multimeters, but these are a relatively recent invention in the scheme of things. The first moving-pointer current-detecting device was an early form of analog “ammeter” called a “galvanometer,” which was invented in 1820. This was followed by analog voltage measuring devices called “voltmeters” and resistance measuring devices called “ohmmeters.”

Related: It’s a Funny Old (Game of) Life. But Would You Play a Cellular Automaton Version?

The invention of the first analog multimeter is attributed to British Post Office engineer, Donald Macadie, in 1920. Donald became dissatisfied with the need to carry the many separate instruments required for the maintenance of telecommunications circuits, so he invented a single instrument that could perform multiple tasks. Since this multifunctional tool could be employed to measure amps, volts, and ohms, it was initially called an AVOmeter.

Over time, digital measurement techniques and display technologies started to take over from their analog counterparts, but it wasn’t until 1977 -- which is just 44 years ago as I pen these words -- that the world’s first successful handheld digital multimeter made its appearance in the form of the Fluke 8020A.

Returning to Steve’s column, when I bounced over to Amazon to take a peek at the digital multimeter in question, my eye was caught by its specified dimensions, which were 6.69″ x 4.53″ x 2.36”. I wasn’t overly surprised by the first two values, but 2.36” stuck out like a sore thumb, as they say. “Surely it cannot really be this thick,” I thought to myself, so I emailed Steve asking him if this was indeed the case. Steve quickly responded, “You’re right about the measurements listed, but I think they’re for the box the meter comes in, not the meter itself” (which both does and doesn’t make sense -- I can appreciate the manufacturers feeling the need to specify the size of the box, but I can’t understand why they wouldn’t also have the urge to inform us as to the size of the device contained within that box). Steve went on to say that the actual meter dimensions are about 5.75” x 2.75” x 1.375”, which makes much more sense.

Like Steve, I have several multimeters lounging around my home and office. One in particular springs to mind due to its diminutive size. In the early summer of 2014, I was commencing my preparations to travel to Brazil to speak at an Embedded Systems Conference (ESC), which was to be held in São Paulo in August of that year. On previous occasions, while traveling, I’d been caught short by my lack of tools (there’s always something that needs to be checked or fixed), so I decided it would be a good idea to build a little “traveling toolkit” to slip into my backpack.

In addition to things like a pair of cutting pliers, a pair of long-nosed pliers, and a 26-head screwdriver kit from iFixit, I decided that it would be a good idea to include a multimeter. Unfortunately, all of the ones I already owned were too large for what I had in mind, so I asked around my friends. It wasn’t long before my chum Dave Ashton from Down Under told me about a handy-dandy device he’d recently purchased on special offer at a local tool emporium for just a couple of Australian dollars. (I just had a quick Google while no one was looking to discover that 1.0 AUD was equivalent to approximately 0.9 USD back in 2014.) 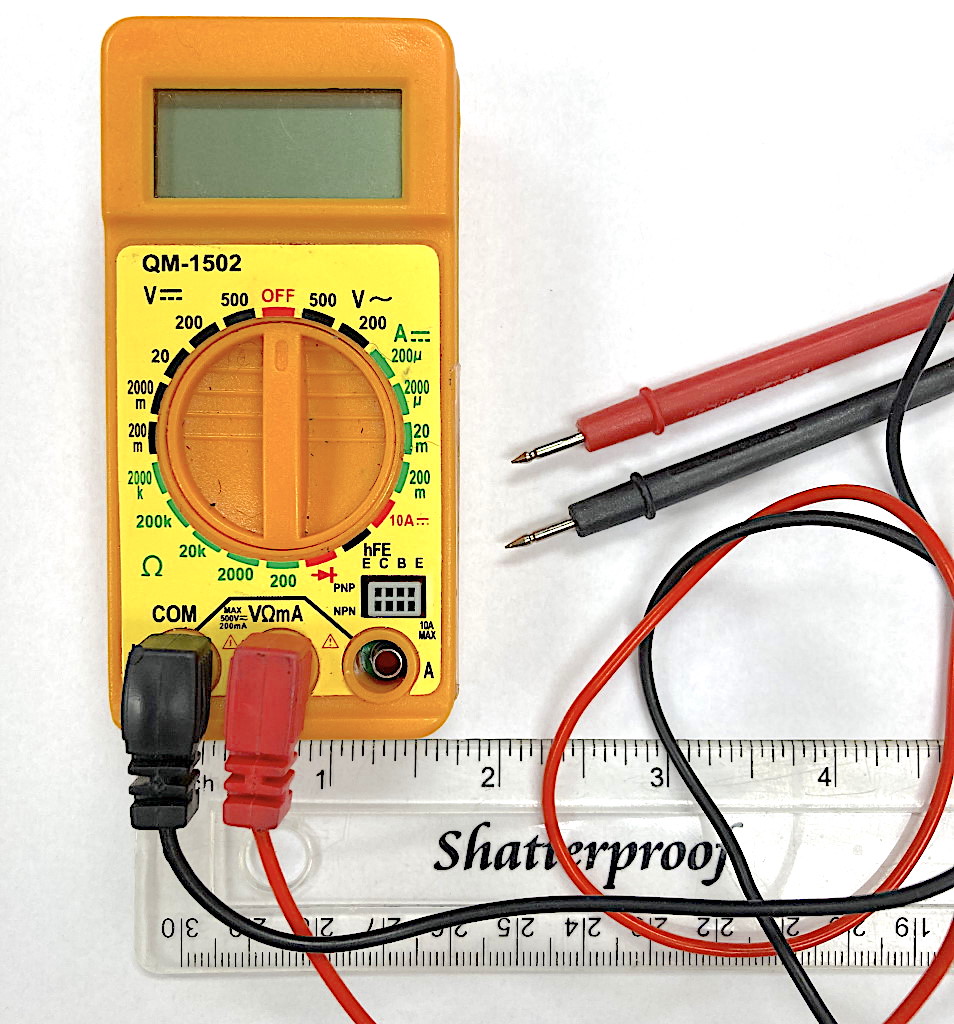 The great thing about this little beauty was that it measured only 3.50″ x 1.75″ x 1.00, which was perfect for my roaming requirements. Unfortunately, although the price for a single unit was awesome, the cost of postage from the antipodes utterly unbalanced the equation. It’s not that the total was unreasonable -- it’s just that I would have felt silly paying so little for the meter and so much to have it shipped. Thinking outside the box, the solution I came up with was to purchase 10 of the multimeters, have them shipped at much the same cost as a single device, and then give nine of them away to friends.

It has to be acknowledged that the resolution of this little beauty is somewhat limited because -- in addition to a +/- symbol -- this little rascal displays only 3½ digits along with a roving decimal point. Happily, a value of 4.98 volts, for example, is typically more than sufficient for anything I’m trying to do while I’m on the road.

I just whipped my toolkit out of my backpack in order to take the photo above. It’s amazing to think that, after all the use it’s seen, this little scamp is still running on its original battery.

All of this caused me to start wondering as to the origin of this meter. All I really knew about it was the “QM-1502” legend on its facia. I just had another Google for “QM-1502 Multimeter” and discovered that it’s listed as the QM-1502 Mini Digital Multimeter on the Jaycar website. Unfortunately, it’s also listed as “Discontinued,” with an invitation to see their QM-1500 Low-Cost Digital Multimeter replacement.

Sadly, although I’m sure the QM-1500 is a jolly good multimeter for the price ($6.95 in one-off quantities), at 2.7” x 5.9” x 0.9” it’s also substantially bigger than my trusty QM-1520. All of which leads me to wonder, what’s the smallest cheap-and-cheerful digital multimeter that’s available today? If you have any thoughts on this, it would be great if you could share them with the rest of us in the comments below.