Engineers Seldom Get the Praise They Deserve. Is the Hard Work Worth It? 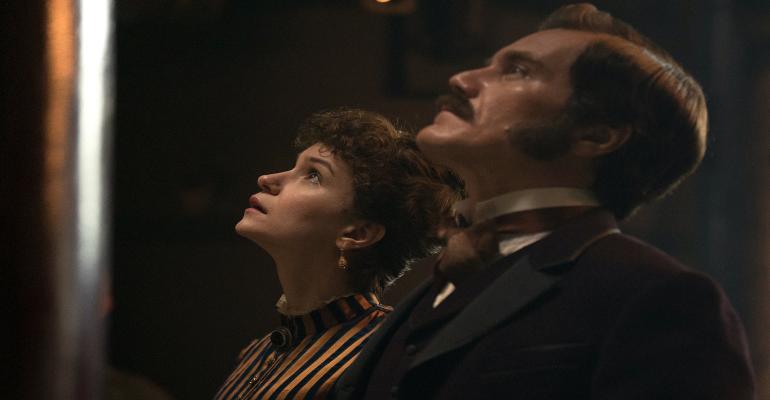 Engineers should study and work hard but don’t forget to be human – for better or worse.

"When you do things right, people won't be sure you've done anything at all." -  God Entity, Futurama, Godfellows

Earlier this month, social media channels were full of praise for the accomplishments of Apple’s co-founder Steve Jobs. Sadly, little attention was paid to another industry great that died about the same time as Jobs.

Related: Where Have all the Slide Rules Gone and why Should Engineers Care?

The anniversary of these two deaths reinforces America’s media obsession with flashy personalities over technical innovators. One end is heralded as the passing of a genius (Steve Jobs), while the other remains in relative obscurity (Dennis Ritchie). The former was the marketing genius behind Apple's success. The latter was the co-inventor of Unix and, more importantly, the creator of C. Without Ritchie’s innovation and hard work, there would be little technological foundation for a company like Apple.

But such myopic coverage is nothing new in the U.S. It is the norm, unlike other countries where the actual architects of technology of recognized and honored. Instead, the focus in the U.S. seems on consumption, on the shiny surface of things.

Related: Would You Read a High-Tech Graphic Novel Created by a Fellow Engineer?

Part of the problem is that when engineers do their jobs well, few can tell if they did anything at all. Unlike Jobs, engineers are not usually in the public eye. But their hard work and creations allow business leaders and market visionaries (like Jobs) to shine – at least for a little while.

Is It Worth It?

So, is it worth being an engineer? A student once asked if I thought that becoming an engineer was worth all the school. I answered by noting that there is no better experience to handle life’s challenges than to become an engineer. Engineering teaches you how to make rational decisions based upon facts - not just feelings or emotions. Engineering also teaches one to be economical, i.e., balancing what can be done with what is practical (cost-effective) to do. Plus, engineers not only design and test but get to play with all of today's most incredible technology.

But I cautioned the student that engineering has a potential downside and all the study needed to become an engineer. The challenge is not to lose touch with your human side.

As one becomes an engineer, it is crucial to develop your human side. In addition to all science and engineering coursework, be sure to take classes in communication, acting, writing, and business. The greatest obstacle for most engineers is that they are one-sided, i.e., they are not very good at dealing with or communicating with other human beings or, at times, understanding the vast ranges of human behavior.

To help improve their social IQ, a very successful business friend and engineer of mine once recommended that engineers hold the sales bag at some point in their careers. What better way to appreciate the vagrancies of human nature than to work in sales – even for a short period of time?

One of my favorite authors, Samuel C. Florman, put it another way. He cautioned that studying the liberal arts – a prerequisite for understanding human nature – would rob the engineer of his innocence. In turn, that loss would also make them less naïve about their fellow human beings.

“The engineer already knows a lot about restraint and cooperation. He is a logical, sober, and well-meaning, a very good citizen. I submit that study of the liberal arts will rob him of his innocence, stain his character, make him less “moral” – or, at least, less naïve. And this is exactly what the engineer needs. In all of his thinking, henceforth, he will have to take into account the imperfections and the absurdities of his fellow human beings.”

“Then, subtle, and worldly-wise, he will sally forth, rising through the Establishment to positions of power never held by him before. At the same time, the born leaders among our youth, seeing that engineers are no longer docile technicians, and recognizing that technology is the key to survival for civilization, will turn to engineering as a profession, away from law, politics and finance. Engineering will be “where the action is.” Engineers will become leaders, leaders will become engineers, and the world will have a better chance of avoiding disaster.” — Conscience, Error and Responsibility, pgs. 39-40, “The Existential Pleasures of Engineering,” by Samuel C. Florman

Engineering – where the action is! That’s what piqued my interest in the profession when I was younger. How about you?

Do you need a bit more inspiration to become or continue your well-balanced and emotionally rich engineering career? Here’s but one suggestion: watch or rewatch “Current Wars.”

Released only a few years back, The Current Wars is the latest film to retell the significant events of the decade-long battle between Thomas Edison, George Westinghouse, and Nikola Tesla to bring electricity to America of the late 1800s. This current retelling focuses on the personality differences between these great inventors and entrepreneurs but includes enough technical bits to ensure the film’s interest in electrical, mechanical, and manufacturing engineers. It is well worth a watch.