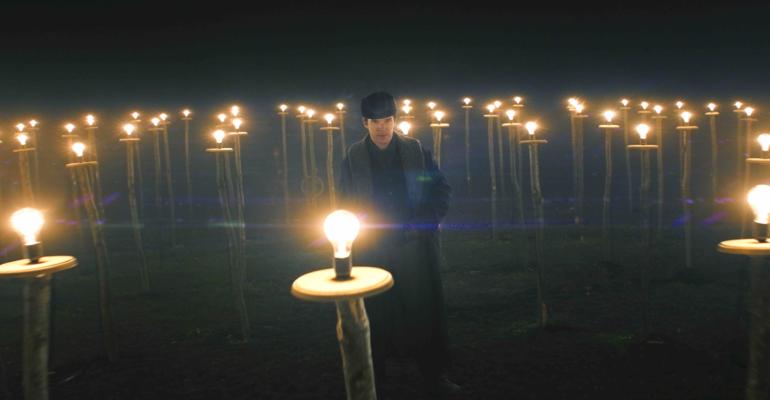 The recent movie, The Current War, dramatizes the struggles between Edison, Westinghouse, and Tesla to bring electrical power to the US. But was the “war” actually fabricated?

The Current War is the latest film to retell the major events of the decade-long battle between Thomas Edison, George Westinghouse, and Nikola Tesla to bring electricity to America of the late 1800’s. (Does anyone remember the 2006 movie, The Prestige in which David Bowie played Nikola Tesla?) This latest retelling focuses on the personality differences between these great inventors and entrepreneurs, but includes enough technical bits to ensure the film’s interest for electrical, mechanical, and manufacturing engineers. It is well worth the price of admission.

The movie concludes at the 1893 Columbia Exposition in Chicago, which served as a visual representation of the early factory electrification in America. The exposition drew an audience of millions to witness the wonders of electricity that would soon light up the entire globe. Further, it marked the timeframe in which Westinghouse defeated Edison by winning a major contract to electrify America with alternating rather than direct current.

Westinghouse clearly won that battle, but did he really win the war? Or was there a war at all? History is nothing if not a continual re-evaluation of the past through the optics of the present. From today’s perspective, both Edison and Tesla – hardly friends at the time - may well be considered victors of the so-called battle between DC and AC power transmission.

New power distribution systems were required to bring electricity to early factories, buildings, and homes in America. Edison’s first power station was located on Pearl Street in Manhattan, New York. But when he tried to expand his electrical power reach over distances greater than a mile, the power cables lost too much power. Longer copper cables meant greater resistance, resulting in a decrease in voltage (V=IR). At that time, there was no efficient way to increase the DC voltage along the transmission line. In contrast, Westinghouse engineers and Tesla figured out how to build transformers that efficiently stepped-up the voltage, thus allowing for the transmission of power over longer distances. Step-down electrical transformers and rectifiers (plus smoothing and regulation) would then convert the AC signals back to DC for factories and customers.

Interestingly. Edison knew that AC current could be converted to DC from an earlier observation, but he didn’t seem to act on this knowledge. Edison’s observation did lead British scientist John Ambrose Fleming to develop the “Fleming Diode” to convert an AC signal to a DC one. Years later, the diode vacuum tube was commonly used to convert AC into DC in power supplies for electronic equipment.

The advent of electronic motors and devices would drive renewed interest in the need for DC power. The discovery of semiconductor material in the early 1900’s would further accelerate the growth of DC-based devices. DC power is essential for modern digital devices, from PCs and cellphones to autonomous vehicles and even some alternative energy systems.

DC networks have even found a way back into the power transmission platforms. The IEEE Spectrum recently reported on a high-voltage direct current (HVDC) system that could challenge existing AC power transmission for modern applications. One of the advantages of HVDC is its easy synchronization with other DC networks, thus greatly reducing cascading power outages, e.g., as experienced by many communities in California’s latest fire season.

The question remains if Edison lost the war of the currents. Some modern historians have questioned Edison’s perceived success at the Pearl Street Station. Others wonder if the current war itself was little more than a hoax or PR stunt by Edison in an effort to demonize the Westinghouse’s AC power system. It’s hard to know for sure.

What is a certainty is that Edison went on to invent technology beyond the DC power systems and the associated incandescent bulb. The Current War ends with one such invention, that of the motion picture camera. It seems fitting that one of his greatest inventions should serve to tell – or retell – his story.

John Blyler is a Design News senior editor, covering the electronics and advanced manufacturing spaces. With a BS in Engineering Physics and an MS in Electrical Engineering, he has years of hardware-software-network systems experience as an editor and engineer within the advanced manufacturing, IoT and semiconductor industries. John has co-authored books related to system engineering and electronics for IEEE, Wiley, and Elsevier, and has worked as an affiliate professor at Portland State University and a lecturer at UC-Irvine. He currently serves as a standards editor for IEEE.