Can Wearable Electronics be Fashionable? 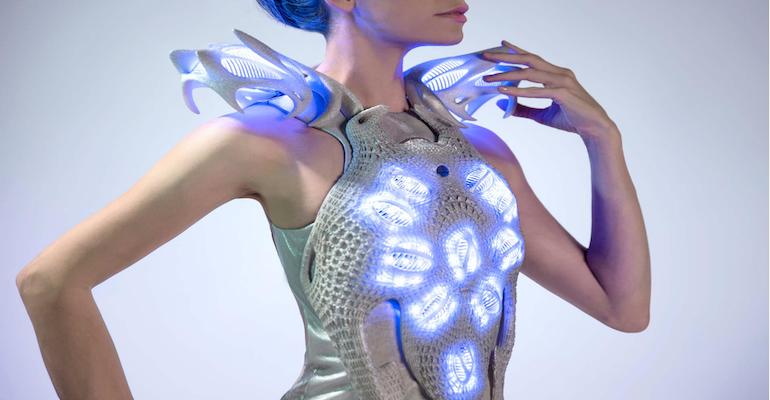 Start Slideshow ›
Like art, the answer seems to lie in the eye of the beholder. But the wearable fashion trend is real, varied and a visceral pleasure.

Even when electronics were dominated by large, bulky vacuum tubes, designers strived to fashion technologies into wearable devices. While the early attempts were clunky and at one case created as an April Fool’s joke, they still were predictive of what was to come.

Wearable jewelry came into its own as the miniaturization benefits of Moore’s Law replaced almost all vacuum tubes with tiny solid-state devices. Two time periods stand out as notable in the modern history of wearable jewelry: 2000 and 2014. In the former, semiconductor giant IBM demonstrated a host of newly designed wireless prototypes that included digital jewelry.

But the year 2014 was a landmark year for electronic jewelry. It was the year that Intel moved away from smartphones and focused on wearable computing and tablets. During CES 2014 and then again at its own Intel Developer Forum (IDF) later in the year, the company seemed to focus almost entirely on wearable computing. Unofficially, this also marked the year that Intel stopped trying to win over the smartphone market from Arm.

Today’s wearable jewelry market is dominated by smartwatches and medical wristbands. But other fashion-based wearable items like eyeglasses, earrings, necklaces, bracelets, headpieces, and even clothing have become smarter. This gallery highlights the trend up to the present.