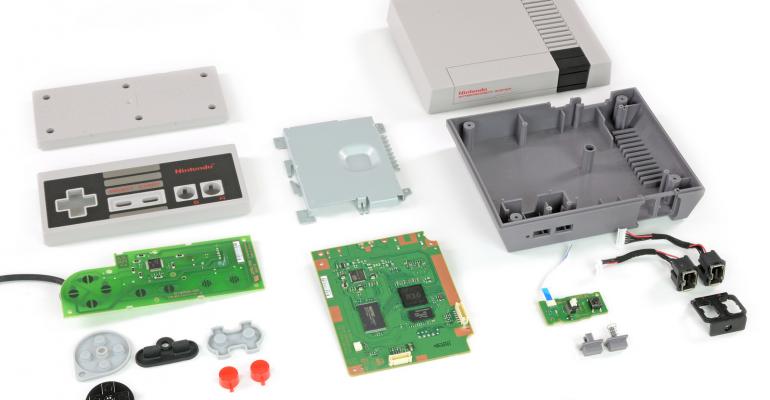 Homebrew game console emulators have always been a popular Raspberry Pi project. Are Nintendo's classic consoles a better alternative or a new playground for hackers?

It's the ultimate question for any DIY enthusiast: Buy it, or build it yourself? With a Raspberry Pi and enough know how you could even build a fully functional arcade cabinet. Nintendo must have finally taken notice of all the makers creating their own NES emulator boxes out of a Raspberry Pi and decided it was a venture worth tackling.

When the NES Classic was released in November 2016 it flew off shelves virtually instantly. The tiny unit, which featured a built-in static library of 30 classic Nintendo games, became impossible to find anywhere except through resellers charging over quadruple the retail price. Nintendo discontinued the NES Classic shortly after and in September of this year followed a similar strategy with the SNES Classic, which even featured a never-before-released Starfox game.

But is any of Nintendo's hardware worth the hype (or the price tag)? Thanks to two recent teardowns from iFixit, we have our answer.

Here's what iFixit found inside the NES Classic:

Like the NES Classic, SNES Classic runs on Linux and has the exact same chipset with the exception of a Spansion 512MB SLC NAND Flash for storage, as opposed to the NES Classic's Macronix Flash memory. It's not clear why Nintendo opted for a different storage unit but it could have something to do with the size of Super Nintendo games as opposed to classic Nintendo games. The 21 games built into the SNES classic are estimated to use about 23 MB of storage space, enough to hold about 200 NES games. Either way it seems like both emulators are operating with a ton of extra storage space – though this is likely to allow for new saved game features that weren't an option on the original NES and SNES consoles.

For comparison here are some of the specs on the Raspberry Pi 3 Model B:

This is purely speculative, but maybe Nintendo has actually been paying to the Maker community, because with the NES and SNES Classic the company's engineers have essentially sold consumers a more closed off version of a hobbyist single-board Linux computer. In fact the Raspberry Pi 3 is actually more powerful in some ways. The only major disadvantage for the Pi might be the lack of built-in storage, but it would be interesting to see if emulating games from a MicroSD card instead of built-in flash has any effect on latency (doubtful given the size of SNES and NES games and the popularity of Raspberry Pi game emulators).

Of course given the specs of Nintendo's new emulators it was only a matter of time before things went full circle and hackers and makers got ahold of it. Entire online communities have sprung up around hacking both consoles and guides are readily available online on how to add even more games to your NES Classic.

The SNES Classic seemed to haven taken a bit longer, but engineers on the Internet figured out how to hack that as well. And it's not just Nintendo games. Reddit users have been able to add games from newer, more powerful systems – even the Sony Playstation onto the NES Classic.

Sure, none of this is technically legal (meaning it's very illegal) but for enterprising engineers at home the question, becomes should you shell out the $60 (or more) for a classic Nintendo system if/when they are re-released, or should you take matters into your own hands and use a readily-available board like the Raspberry Pi for half the price?

iFixit gave the NES Classic a repairability score of 8 out of 10 – meaning the little console is pretty easy to take apart and reassemble (save for HDMI and USB ports soldered directly onto the main board). We won't decide for you, but either way if you're an engineer who loves classic games it seems like either option will afford you plenty of opportunity to tinker around under the hood.