10 Cars that Changed the World 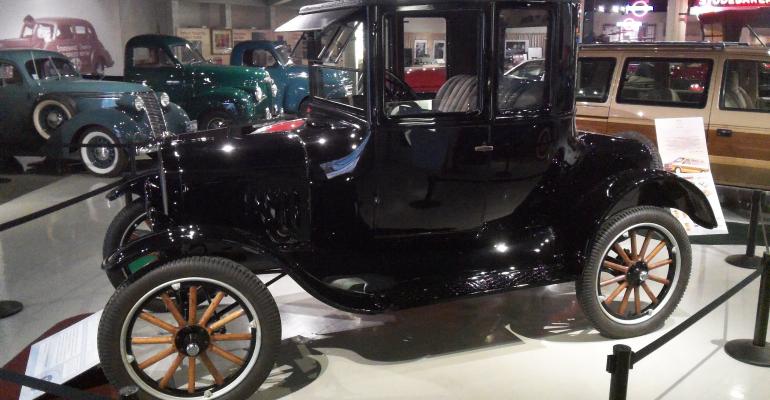 Start Slideshow ›
Here are the 10 cars that have most impacted history, technology, culture, and industry, as named by members of the Society of Automotive Historians.

In the 130-year history of the automobile, many cars have profoundly changed the world. And while it’s difficult to cite a handful as the most impactful, that’s exactly what a select group of automotive historians recently did.

The results of their effort, now on display at the Studebaker National Museum in South Bend, IN, is a collection of ten cars that have deeply affected how the world works, plays, and lives. The voters, all of whom are members of the Society of Automotive Historians, actually cited more than 70 different vehicles on their ballots. The Studebaker Museum then collated the results and named the top ten vote-getters.

“We were all pretty much in agreement on the first three or four: the Model T, the Beetle, the minivan, and the Jeep,” Andrew Beckman, archivist for the Studebaker National Museum, told Design News. “But beyond that, there was no majority. No one’s ballot completely agreed with anyone else’s.”

By virtue of the fact that only ten cars were named, many great ones were left out. The 1932 Ford V8, '55 Chevy small block, '86 Ford Taurus with its aero look, and '39 Oldsmobile with the first automatic transmission, for example, all failed to make the cut. “It was a fun exercise to see how the people noted in their field looked at this,” Beckman said.

Here, we offer a peek at the vehicles on display in the new exhibit. From the 1901 Oldsmobile Runabout to the 2001 Toyota Prius, these ten cars have impacted history, technology, culture, and industry, as named by the members of the Society of Automotive Historians.

Do you agree with their choices? We encourage readers to weigh in with their selections for the list of cars that changed the world.