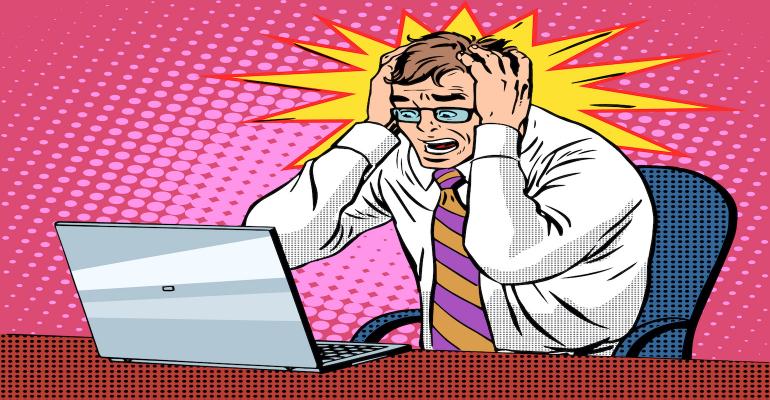 Software failures are expensive and on the rise. According to a joint project by Undo and Cambridge Judge Business School MBA, software failures cost the enterprise software market $61B annually. It estimated that over 620 million developer hours a year are wasted on debugging software failures.

This year’s software failures consisted of both common glitches but also those caused indirectly by circumstances related to the COVID-19 pandemic. Let’s start by looking at the former issues.

One of the most reported software failures in 2020 resulted in a major disruption of flights at London’s Heathrow International airport. More than 100 flight to and from the airport were disrupted after it was hit by software issues that affected departure boards and check-in systems.

Aside from the inconvenience and lost revenue, software failures for mission-critical systems can cost livelihoods and even lives. Boeing’s disastrous software errors doomed the 737 Max aircraft – killing 346 people - and almost destroyed its NASA spaceship.

Although both of these failures happened in 2019, Boeing has only now received FCC clearance to once again fly its 737 Max aircraft. The software coding errors that jeopardized its Starline spaceship during a critical flight test are still being investigated by NASA.

Obsolete software raised havoc with everything from financial markets and health issues to voting machines and IoT devices. In August 2020, Citigroup discovered obsolete software had caused a nearly $1 billion problem. Bloomberg News reported that the software, which led to four lawsuits involving as many as 16 companies, was installed in the 1990s. Human error also played a part in the fiasco as did problems with the software update and rollout of a new system.

Another type of update problem led to a software setting error in the United Kingdom’s National Health Service (NHS) COVID application that resulted in thousands of people not being told to self-isolate after they came into contact with people infected with the coronavirus. Apparently, the settings algorithm in the app had not been updated for a month or two after the initial software release. During that time, the risk threshold had been raised but was not reflected in the software thus not warning people of potential infection danger.

In an election year filled with high political drama in the US, the last thing you want to have failed is a voting machine. While that wasn’t the case, a failure to update software in a few voting machines in Antrim county, Michigan, did cause a lot of commotion. All ballots were correctly tabulated, but the software used to collect certain voting machine data and report unofficial results had not been updated.

Finally, although no serious reports have emerged this year, updating software to the latest patches remains a big problem for IoT devices. By their very nature, IoT devices are resource-constrained in terms of power, performance, and functionality. Many use very customized and non-standard operating systems. Plus many have very long lifecycles and almost no security, i.e., a temperature sensor in a commercial or industrial setting.

Thus, many IoT devices can’t be easily patched or upgraded with the latest software due to their original design or limited resources such as memory and processor type.

The COVID-19 pandemic has resulted in several software failures that ordinarily might not have occurred. Remote learning and online exams, as well as Work-from-Home (WFH) requirements by many governments, have caused a huge influx of users. These have put great pressure to bear on server demands and software applications that were apparently not designed to handle such a high volume of users.

One example is a growing number of software glitches attributed to the exam and proctoring applications. Several state bar associations reported problems this year during student exams. The problem has also been reported by major universities that rely on third-party exams and proctoring software.

Perhaps the most evident software failures came during WFH Zoom meeting sessions. In July 2020, a security researcher found a critical flaw in the Zoom meetings client software for Windows that enabled a remote hacker to control any PC running Windows 7 or earlier. Zoom fixed the flaw with a software update soon after the flaw became public knowledge.

“Zoom security issues were a notable software failure in 2020,” noted Scott Rust, Senior VP of Product R&D at NI. “With COVID-19 and increased remote work, we all had to rely on video conferencing for work and personal integrations.  Zoom showed the importance of getting security right with the many “zoom-bombing” incidence that made headlines.

It is hoped that solutions to the COVID-19 related software glitches in 2020 will lead to more robust applications in 2021 as remote education, work from home and IoT applications are here to stay.