What is Li-Fi? Everything You Need to Know About the Super-Fast Future of Wireless 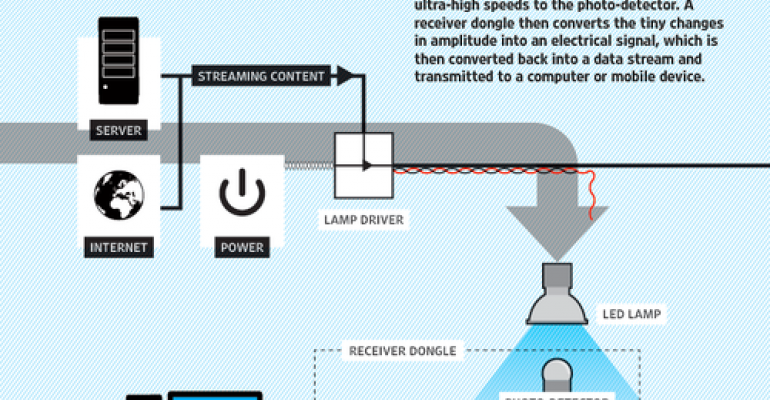 There was a time when anyone with a 56Kbps modem thought they were redlining it on the Internet. Then came cable, broadband, fiber optic. Today, network connectivity is even faster than ever, doing things we only dreamed about in the days of dial up. And you know what? It's still too slow.

With the rapid growth of the Internet of Things and increasing demand for high speed Internet at all levels, the radio spectrum is looking less and less like a spacious frontier and more and more like a Los Angeles freeway at rush hour. But a new technology, Visible Light Communication (VLC), which uses visible, white light (as opposed to invisible infrared for example) for data transmission, is being discussed as the hot new solution to our connectivity woes. One solution in particular, an LED-driven technology called light fidelity (Li-Fi) communication has been achieving unheard of speeds in lab settings that could hold the key to fast, efficient data transfer in IoT-centric industrial environments. 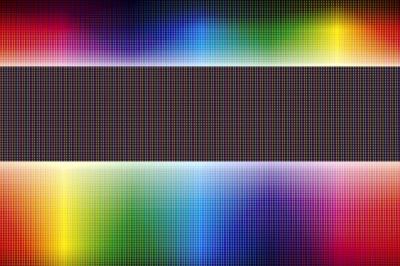 How fast is it?

On paper Li-Fi is to Wi-Fi what a Ferrari is to a Prius. In the most recent test of the technology, Velmenni, an Estonian company looking to create a smart LED lightbulb capable of transmitting data, was able to reach speeds of 1 Gbps while testing in real-world office environments. Speaking with IBTimes UK, Deepak Solani, the CEO of Velmenni said, "Currently we have designed a smart lighting solution for an industrial environment where the data communication is done through light. We are also doing a pilot project with a private client where we are setting up a Li-Fi network to access the Internet in their office space."

But while Velmenni has shown promise for Li-Fi in actual workspaces, the company is far from holding the speed record for Li-Fi. That honor goes to a group of researchers from the University of Oxford. In a study, published in February 2015 in IEEE Photonics Technology Letters, the researchers were able to create a Li-Fi link that operated at 224 Gbps at a roughly three meter range, with a field of view of 60 degrees.

To put that speed in context think of your home Internet connection. If you run a standard Wi-Fi 802.11 a/g your connection speed is maxed out at around 54 Mbps. At the very highest tiers today's high-speed consumer Internet runs about 500 Mbps in one direction (download speed). Yes, there are fiber optic networks that run up to 100Gbps, but good luck finding one for yourself.

A bidirectional connection running at 224 Gpbs would be able to download about 18 HD-quality theatrical-length movies (at about 1.5GB each) in about one second. Sure that's overkill for Netflix or Spotify, but you can imagine the potential in other applications, particularly in industries that deal with heavy data usage and transfer.

How does it work?

The grand ultimate aim of Li-Fi is to potentially turn every LED lightbulb in our homes, offices, and city streets into a high-speed transmission node.

A special driver, which can be attached to any standard LED lightbulb, controls the bulb's brightness and transmits code by creating subtle changes in the brightness – undetectable by the human eye, but able to be picked up by a receiver that can decode the light data. This happens millions of times a second – and can transmit thousands of data streams in parallel.