David A. Smith is a man who has spent most of his life translating the three-dimensional experience onto a screen. Thirty-five years ago he was a software designer for Lockheed Martin, where he eventually became a senior fellow and chief innovation officer.

At Lockheed Martin, Smith designed a headset that worked in conjunction with an actuator glove and a computer-controlled robotic hand. This robotic hand mimicked the actions of the actuator glove worn by an operator along with the headset that provided a stereoscopic image of what the robot was gripping. The operator looked through the glasses, moved the gloved hand, and saw the robot replicate it. It was there that Smith first recognized the potential for virtual reality and 3D displays.

After that, he designed the first 3D computer game (The Colony) in 1987 and the first 3D design tool (Virtus Walkthrough) in 1990 and has never looked back. He co-founded the video game company Red Storm Entertainment with novelist Tom Clancy.

Smith’s latest venture is the company Wearality, which started from a successful $117,650 Kickstarter campaign but began from a project five years ago. As the founder and CTO, he has been joined by Michael Jones, the former chief technology advocate of Google, who is the startup’s new CEO. The company is making virtual reality glasses and head wearable displays, both very high-end ones for the defense industry and a mass-market version called Wearality Sky, which is designed to work with smartphones to produce immersive VR entertainment. 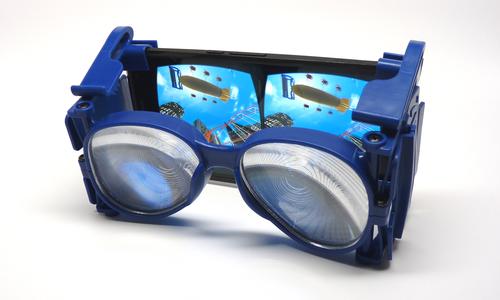 MORE FROM DESIGN NEWS: Virtual Reality Industry Is Getting Even More Real

Without a doubt, his most valuable tool in the hardware world has become the 3D printer. Smith told Design News: “3D printing capability has grown incredibly. It’s reached the point where hardware is the new software. It’s like when you write code, compile it, find your errors, fix them, and then recompile -- all in a few hours. It’s getting to be that quick. With complex systems, even when they look perfect on the computer screen, once you build it, you can see immediately that you screwed up somewhere. This allows you to make mistakes faster.”

During development of the Wearality Sky, all of the wearable display’s parts were 3D printed, except for the injection molded lenses. They are dual-curved Fresnel lenses, which collimate the light and means that wherever the user looks, the object remains in focus. Curving the lenses provides for an industry-best 150-degree visual field and wraparound effect. 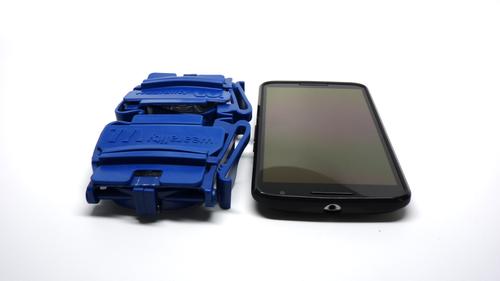 As a wearable device, the Wearality Sky is lightweight and foldable, so you can carry them in your pocket.

So what are you going to be able to do with the glasses? Lots of things, including many things no one has thought of yet, according to the company. For one, Wearality is working with Autodesk on a 3D version of the company’s Large Model 360 Viewer to work with these glasses. On Autodesk Cloud, designers will be able to share their designs with customers or collaborators or anyone else anywhere in the world.

When this capability is combined with the Wearality Sky, it will allow users to not just see but actually explore these designs using virtual reality. If it’s a building, you can go inside and walk around. You can move the camera anywhere you want and scale it anyway you want.

Here’s how it works. You slide your phone into the slot provided at the front of the glasses, load the appropriate software -- whether it’s a game, a design tool, or a simulator -- and you’re ready to go. Any software that is compatible with the Google Cardboard platform will work with the glasses.

The software will divide the screen into two images: one for each eyepiece. It’s not unlike the old stereoscopes, except here, you are looking at video and not still images, and the resolution and interactivity are leagues better.

As the screen quality of cellphones continues to improve (some are already 1440 x 1440), so does the 3D experience. The Wearality Sky will work with the Apple iPhone 6 Plus, as well as Google Nexus 6; Samsung Galaxy Note 4, Galaxy S4, S5, and S6; and LG G3 and G4. Wearality expects to make a version compatible with the iPhone 6. The product is expected to be available in November at an affordable price point of $69.