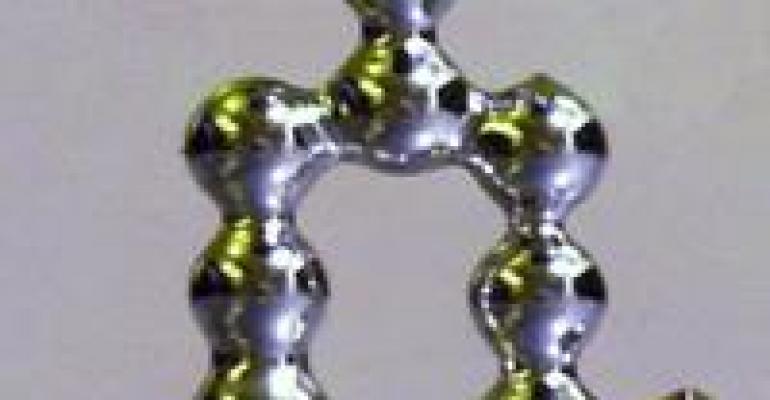 A research team at North Carolina State University has figured out how to 3D print small structures made from liquid metal -- at room temperatures. The freestanding 3D-printed structures retain their liquid state, yet are stable.

The liquid metal, a gallium-indium alloy, forms a skin at room temperatures by reacting to the oxygen present in air. That skin helps the objects created from liquid metal to hold their shape. But these objects are also soft, stretchy, and their shapes can be reconfigured. Four different processes were developed, including one for making wires. Other processes created cylinders, arches, and structures made of arrays of droplets. 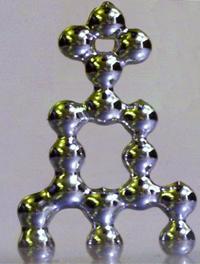 The material could be used in a variety of applications, mostly electronics, such as wires, electrical interconnects, electrodes, antennas, and optical materials. What's especially intriguing is the idea that extruded wires made with one of the processes could be used to connect electronic components so they could be formed into 3D structures. That's because the liquid metal wires keep their shapes even while they are held perpendicular to the substrate. In other words, it's possible to not only form the connections in plane, but out of plane, as well. Wire diameters ranged from 30 microns to 100 microns.

Watch a video below that shows the processes for extruding blobs that form the freestanding structures, as well as extruding stretchable wires. (The processes are shown sped up several times faster than normal.)

Aside from the wire extrusion, three different processes create freestanding structures: rapid expulsion of the liquid metal that forms a filament, injecting it into microchannels and then chemically removing the channels, and stacking droplets of metal on top of each other. These droplets partially merge with each other to form physical and electrical contacts, but retain their separate shapes instead of forming a single large drop. The liquid metal sticks to most surfaces, and can form alloys with several other metals to create ohmic contacts.

The alloy is a binary eutectic alloy of 75 percent gallium and 25 percent indium by weight, but the researchers say any alloy of gallium could be used. It has low toxicity and negligible vapor pressure. At room temperatures, it has low viscosity. When exposed to the air, a very thin, passivating oxide skin about 1-nm thick quickly forms. That thin skin is why the material's electrical resistance is retained. Its sub-millimeter dimensions are what allow its unusual behavior. At that scale, the shape and behavior of liquids is determined by interface tension, the researchers state in the article.

Other team members include Colin Ladd, who was an undergraduate during the research; Ju-Hee So, who was a doctoral candidate; and John Muth, a North Carolina State University professor of electrical and computer engineering. Ladd has since graduated and So has received his PhD.