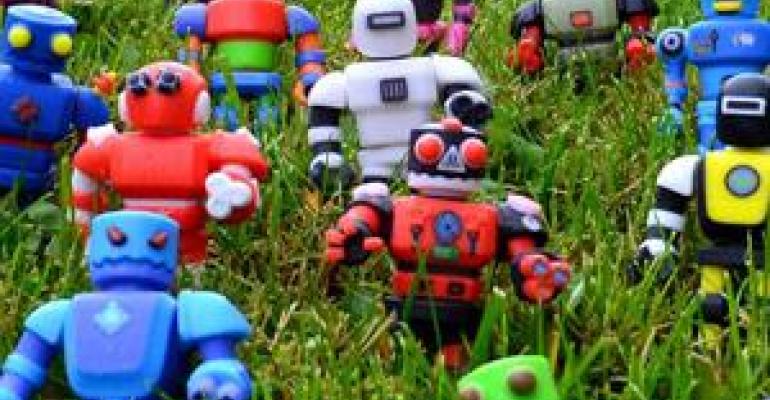 3D Systems has acquired My Robot Nation, technology which provides a game-like experience for creating content that can be 3D printed.

While the initial use case is pure entertainment -- allowing people to design and create their own colorful robot toys -- the My Robot Nation site's mission is really all about giving people with no experience or knowledge of 3D CAD tools the ability to easily create their own designs that can be output by 3D printers or 3D printing services.

The content creation piece is one of the primary bottlenecks standing in the way of widespread 3D printer adoption, My Robot Nation officials will tell you. Despite the influx of more reasonably priced 3D printer hardware, they said the reality is that people need to be fluent in complex CAD software in order to design the 3D models they aim to output. 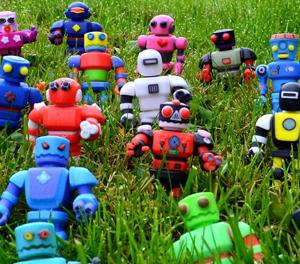 My Robot Nation initially hooked up in a partnership with ZCorp, but ZCorp was acquired by 3D Systems last November in perhaps the biggest deal in its prolific string of acquisitions. Now, with its latest acquisition of My Robot Nation, 3D Systems is adding to an already impressive portfolio of end-user-oriented 3D printing technology, including Cubify.com, an online community and content site, and the Cube, a $1,299 personal 3D printer for the home market.

In fact, 3D Systems officials said they expect to integrate the My Robot Nation platform and experience into Cubify.com, the goal being to enhance the site with hundreds of new, easy 3D creation and printing capabilities, in addition to merging the growing developer community. Mark Danks and Sarah Stocker, the developers of My Robot Nation and experienced game industry veterans, will join the 3D Systems team as a result of the acquisition -- a move 3D Systems is touting as a conduit for enhancing Cubify.com with even more consumer-friendly and engaging technology, including play spaces, social capabilities, and game-like user interfaces.

And instead of having to leverage 3D printing services to output your My Robot Nation creation, the tight integration between the content creation piece and the Cube low-cost printer could be a compelling enough bundle to entice buyers to finally bring 3D printing technology into the home.

That seems to be how 3D Systems' President and CEO Abe Reichental is positioning the My Robot Nation technology. He called the technology a "disruptive capability" that would make the firm's Cubify platform more appealing to new users, "including kids from the ages of 8 to 80." "We believe that this investment will accelerate the gamification and democratization of the entire Cubify experience and at the same time, facilitate our expansion into 3D hosting, publishing and the production of licensed content for other global consumer brands," he said, in a press release.