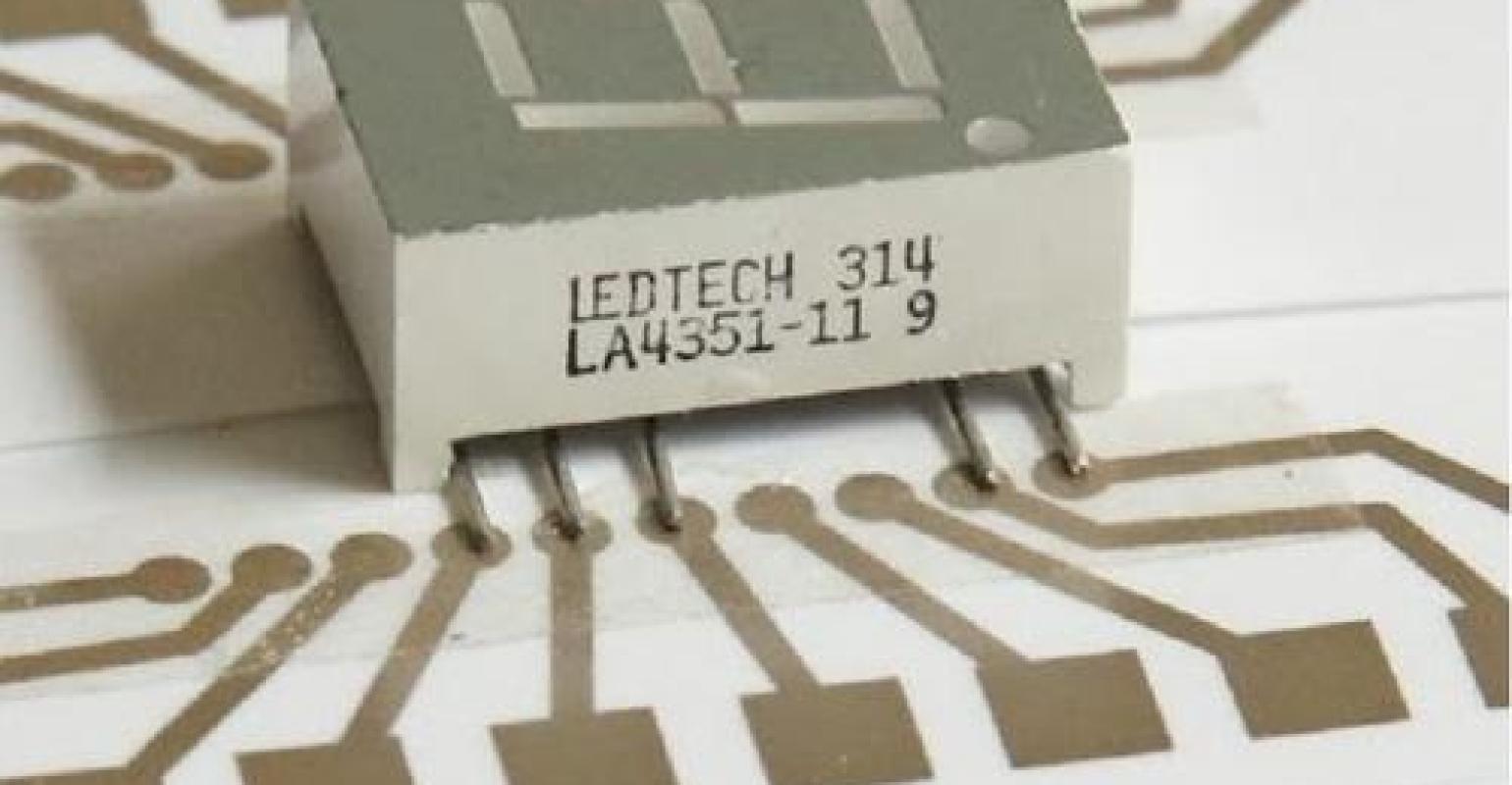 The body of engineering knowledge combined with the Internet can lead to quick expertise in any area. Technology has grown at an exponential rate, inspiring thousands of people to get involved on their own by creating their own gadgets, systems, and products. This is known as the maker movement and is the result of technologies such as Arduino, Raspberry Pi, and 3D printers such as the MakerBot. Through these technologies hundreds of projects have been built, and a huge community has been formed, supporting everything around it. The next big thing to come to the maker world may be a combination between the small computers and 3D printing.

A team from the University of Tokyo, Japan have created a way to print conductive ink onto a piece of paper from an everyday inkjet printer. This would allow hobbyists, engineers, or researchers a cheap, fast, and reliable way to quickly create and test PCB designs. Currently, many teams design a PCB and will then have to send that schematic out and wait for their board to be shipped to them. While it is possible to own your own PCB fabrication device, the price of these technologies makes it highly unlikely that you would purchase one yourself. Even for companies and research labs, the price of this equipment can prove to be too much. 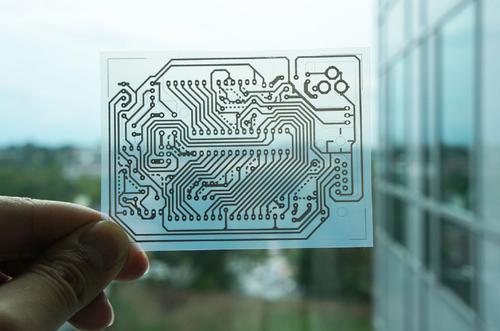 Therefore, the team wanted to devise a way to cheaply print circuit boards for testing and prototyping. The first step was to find ink that would be conductive and work within an inkjet printer. This was possible thanks to recent advances in materials science. Their ink integrates silver nanoparticles that are smaller than 0.1micrometers. The nanoparticles get dissolved in a solvent with polymer latex and halide emulsion. Then water is reintroduced, which stabilizes the solution. Unlike currently available conductive inks and paints, the miniscule particle size allows the inks to have a low resistance and support applications such as narrow traces and printed antennas.

In addition, the team used a cheap inkjet printer they purchased on Amazon. With this, they also purchased empty ink cartridges, which were filled with their conductive ink using a small plastic syringe. They then tested different types of paper. Resin-coated paper, glossy photo paper, and PET film worked well in supporting printed circuits. Materials that did not function well with the printed circuits were canvas clothes, magnet sheets, and label seals. 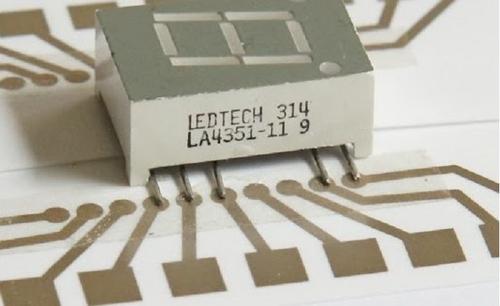 The printed circuits also allow circuits to be utilized in many unique applications. For example, the circuits can be printed and then flexed while still maintaining conductivity. The resistance of the circuits will gradually increase as the bend radius increases due to "cracking," which occurs with the nanoparticles. In one experiment, the team wrapped a circuit around a toothpick, which resulted in a resistance of 34 Ohms, which is still a resistance much less than many currently available conductive inks.

The team has also experimented with attaching components to the paper circuits. Due to the high temperatures required for soldering, alternative methods were explored. Conductive tapes and silver conductive epoxy proved to be the most reliable means of attaching components to the circuits. So far, the team has printed circuits and connected LEDs, resistors, batteries, and even microprocessors.

Overall, the team's work has shown us that printed circuits can be a reality soon. Teams working in labs can take advantage of the rapid prototyping it will allow as well as a hobbyist working from home. The technology may also be integrated with 3D printing or pick-and-place machines, which would open a whole new door in the electronics world. My intuition is that we will be seeing more of this technology soon and being applied in many more situations and applications.