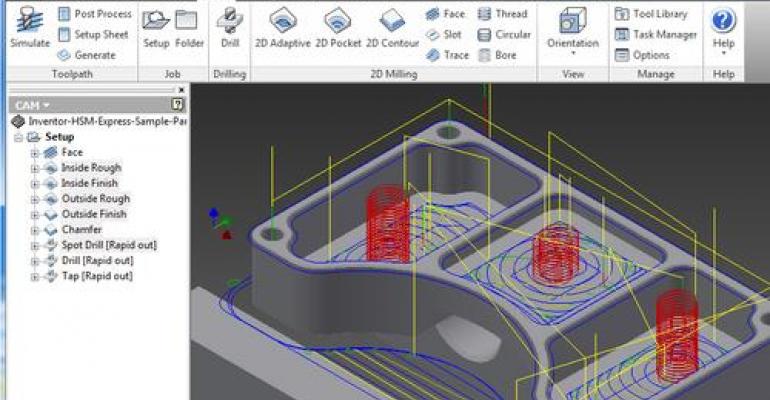 Many hobbyists and companies are adopting affordable 3D printers, but what is rarely reported on is the software that runs them. The printers themselves usually run using CAD- or CAM-style software. Microsoft recently announced that it is updating Windows 8 with native support for 3D printers from companies such as Makerbot and 3D Systems.

Those not interested in using Windows 8 have a variety of software that they can use in helping design their projects. Some of the more popular ones currently on the market include 3DCrafter, Blender, and ReplicatorG. However, these were developed for use with 3D printers and usually do not support other CAD/CAM related platforms such as CNC mills, lathes, or cutters. 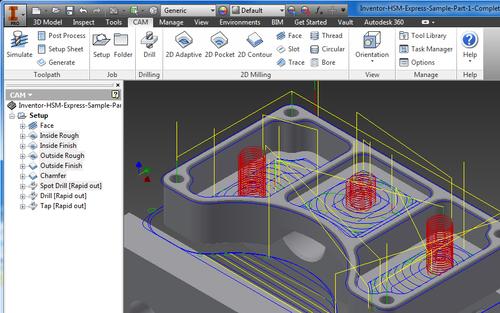 Integrated into the Inventor Suite is HMSExpress CAM 2D/2.5D, which gives CAD users the ability to realize their designs in a CAM atmosphere for manufacturing and design production. Everything is included from HMSWorks HMSXpress, including basic milling machining (roughing, drilling, contouring, facing, etc.), multi-core simulation tools, a CNC program editor, and a JavaScript-based post processor system.

The idea behind the integration of both software packages is to allow CAD designers the ability to come together with the manufacturing CAM users for efficient product design and production. Doing so saves time and costs, since both departments will be able to work seamlessly with each other, even when changes are made on the fly. Putting all the tools in one spot is always a plus. If engineers are able to see the tool paths in the same drawing environment, it could lead to changes they would normally avoid.

The software is targeted towards designers and engineers of all skill levels, as well as veteran CNC programmers. According to Autodesk, current Inventor users can now take control of both CAD/CAM tools and workflow regarding programming CNC tool-paths for creating products. Interested parties can apply at Autodesk's website to get a free beta version of the company's Inventor HSM Express software package.

Since CAM had become increasingly automated it was inevitable that design software would be joined together. However, it is unknown if 3D printer users will be able to use the software package to help design and manufacture their products.