3D printing and additive manufacturing (AM) won’t be replacing high-volume mass manufacturing anytime soon. But no one really expects that. Instead, these technologies have been making inroads in industries with high-value products that benefit from 3D printing’s ability to make them lighter, stronger, better, or just plain possible.

High-volume mass manufacturing is usually aimed at consumer products for large OEMs, not products in industries already using additive techniques to make end-production parts -- like aerospace, medical, and high-end automotive. Some obstacles remain to AM’s advance into broader industrial use. As many observers have noted, engineers need several changes. These include more and better materials in an open market, faster machines, more reliable processes and process control to ensure repeatability and consistency, several kinds of better software, and industry standards. They also need to toss out the traditional thinking about what constitutes both design and manufacturing constraints. 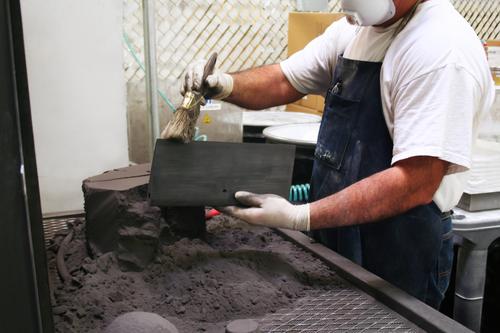 The 3D printing industry shouldn’t be talking about AM. “Instead, we should be talking about what design engineers want to do and how to accomplish that,” said Tom Charron, vice president of product marketing for 3D Systems. “Don’t adopt the technology because it’s 3D printing but because it changes the game and what you want to do. Until recently, we’ve been in the hype phase.” The good thing that comes from all that hype is it gets people thinking and asking questions, such as, what does it really mean for your business? And how can you use it to make better products?

Engineers aren’t going to print all the components of an aircraft tomorrow, but they can start printing some of them, Charron said. “Adopting 3D printing for production changes everything, from the very core of how you serve customers, to what you create for them,” he said. “It’s a complete rethink of how to get to those creative products, how certain components are made, and the supply chain. You go from 15 different parts from 15 different vendors, to one printer that makes the whole thing. So everyone from the CEO down to the engineer needs to think about how to take advantage of 3D printing to get to end-products.”

MORE FROM DESIGN NEWS: 3D-Printed Working Motorcycle Demonstrates What The Tech Can Do

3D printing end products is usually done in two different production scenarios. Although it’s not often the right fit for serial production -- the same part spat out millions of times -- the reason to use 3DP is because a part can’t be made any other way due to its complexity. The other scenario is mass customization. “Often these parts aren’t overly complex designs, but you need to make thousands of a one-of-a-kind piece and the only way is to 3D print them,” Charron said. “For example, 97% of hearing aid outer shells -- the part customized to fit your ear -- are now 3D printed.”

Charron said 3D Systems is betting on both areas. High-value parts for healthcare will be the first expansion of AM in mass customization. In serial production, 3D printing a production part is now done for a specific performance advantage that can be gained. “If a turbine blade can be made 10% lighter, and that pays for reduced fuel use over the life of the aircraft, that’s the justification for the extra cost over subtractive manufacturing,” he said. “This will happen at the intersection of high-value products with products that can benefit from being 3D printed because it makes them lighter, stronger, or better.”

These improvements on part designs have been achieved again and again by combining 3D printing with optimization software like Altair’s. In a presentation given at this year’s RAPID 2015 show, chief technology officer James Dagg cited many examples. These include several that Design News has reported on -- most of them in high-value aerospace applications.

Other aerospace successes include Swiss company RUAG’s aluminum satellite antenna support, also made with EOS’ DMLS technology. RUAG engineers redesigned the existing support with EOS’ and Altair’s help to optimize it for 3D printing, and they used Altair’s software to optimize the component’s topology to minimize material usage. The finished part weighs half as much as the previous one and has better rigidity.

Because engineers are designing closer and closer to the edge, those that use traditional design requirements won’t see the benefit as much as those using new tools like topology optimization, Dagg said. “3D printing turns the process around: instead of starting with a drawing of what you think the part could look like, you start with the simulation and optimization.”

Software design tools and many of the designers that use them are definitely still constrained by traditional manufacturing techniques, said David Leigh, senior vice president of engineering for leading AM service bureau Stratasys Direct Manufacturing. “If you want to make a stop sign, that’s easy; we know how to do that. But if you want to make something that’s shaped more like a tree -- like the organic, complex shapes that often arise in 3D printing -- that’s hard, because the tools aren’t optimized for 3D printing, they’re optimized for traditional processes like stamping.”

The question becomes, how do we make design tools better and not for manufacturing, since we’re not constrained by manufacturing anymore with 3D printing, Leigh said. But the problem also lies in designers’ expectations. They are typically rooted in the details of their specific technology, like PCBs or gear design. “Except for aerospace and automotive, most mechanical designers don’t usually have access to the big picture of the application,” he said. “Needed are more engineers that can act as system integrators in design to come up with the overall concept.”

A major software hole is printability optimization in machine software that governs how parts are printed. “Today’s printer software is pretty rudimentary in terms of printability optimization,” Charron said. “That’s left to the individual knowledge of the user. If I try to print this object with the printer in this mode, it might work, but will it take twice as long or need lots of support structure?” In serial production, you can spend lots of time getting it right before making a lot of those parts. But in mass customization, making thousands and thousands of different parts a day, if they don’t print out right the first time, that’s a major problem.

MORE FROM DESIGN NEWS: 9 New 3D Printing Materials for Use in Space and on Earth

Figuring out the optimal way to print a part for end use takes lots of trial and error, especially for metallics, Dagg said. “We’ve had lots of designers inquire whether they can get their design software to drive the machine more efficiently. For instance, can it suggest support structures -- whether they’re needed at all, how thick they should be, orientation, and what happens if small design changes are made to parts? These are things the designer wants to do directly while designing because they influence the cost and design of the part.”

One area that’s rarely mentioned is inspection tools. “How do we know something will work if we’ve never built it before?” Leigh said. “How do we qualify it? How do we inspect the new complex, organic designs shaped like trees instead of stop signs?” Most inspection tools are based on traditional manufacturing techniques, not on what engineers can think up, so they need to evolve along with design tools. “This is beginning with 3D scanners, but sometimes there are inaccuracies,” he said. “Did I hold it wrong or is it the scanner itself? How can I tell?”

The “digital thread” that takes ideas from the virtual world of design into the real world through manufacturing via AM needs an entire ecosystem around it: materials, processes, software, and quality control tools, as well as best practices, Leigh said. That doesn’t exist yet, but it is in the process of being built.