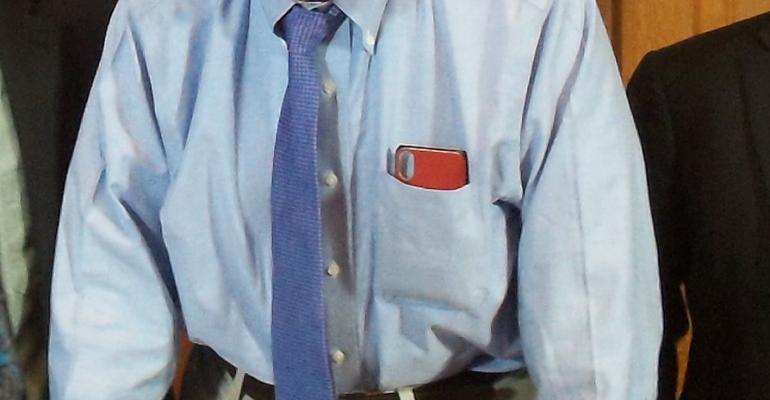 John Goodenough of the University of Texas is the oldest recipient in the history of the award.

But the self-effacing, 97-year-old engineering professor had little choice last week after getting the call that would vault him to worldwide prominence. During that call, he was told he had won the 2019 Nobel Prize in Chemistry for his co-development of lithium-ion batteries that have touched the lives of billions. In London at the time, Goodenough flew back to his home in Austin, TX, where he was met by a police detail.

“We had to send a police escort to the airport because his face was in every newspaper in the world,” noted John Holden, a science writer and media specialist at the University of Texas at Austin, where Goodenough serves as a mechanical engineering professor. “We were afraid people would recognize him and crowd around him, so we sent the police so that ‘Elvis’ would be able to leave the building.”

While the world-at-large may just now be learning his name, however, the scientific community has long been aware of Goodenough’s contributions to technology. He is credited with co-inventing a succession of battery chemistries that may turn out to be the most important of the past hundred years. First, there was lithium cobalt oxide, which serves as the power source for millions of phones and laptops. Then, he co-invented manganese spinel lithium batteries, now employed in millions of hybrids and electric vehicles. Later, he co-developed lithium iron phosphate chemistries, which continue to serve in products ranging from handheld power tools to plug-in cars to grid storage systems.

The technical community has repeatedly honored Goodenough for those efforts. Last week, he was in London to receive the British Royal Society’s distinguished Copley Medal for scientific research. In 2013, he was presented the National Medal of Science by President Barack Obama. And in 2018, Design News awarded him its Lifetime Achiever Award.

Goodenough was in London last week when the Nobel committee called from Stockholm with the news about its 2019 award. Colleagues at the University of Texas said they had difficulty tracking him down because, ironically, he doesn’t own a cell phone.

Goodenough is sharing the Nobel with two other scientists: British researcher M. Stanley Whittingham of Binghamton University and Akiro Yoshino of Japan. Whittingham is credited with laying the foundation for lithium-ion in the 1970s with a lithium battery that used a titanium disulfide anode. Goodenough later altered Whittingham’s chemistry, doubling the voltage of that chemistry and making it safer. Yoshino is credited with creating the first commercially viable lithium-ion battery. Together, the three scientists will share the $900,000 Nobel award.

At an impromptu news conference on Monday punctuated by Goodenough’s frequent, high-pitched laughter, the new Nobel laureate told a small group of reporters that he was lucky that the University of Texas has allowed him to work past the conventional retirement age. Prior to UT, he said, he served at the University of Oxford in the England, until learning that he would lose his job at retirement. “They have a problem,” he said on Monday. “They retire people at 65. I’ve been fortunate to be able to come here, escape retirement, and work another 33 years.”

Colleagues at Monday’s conference said that Goodenough has a traditional view of his role as an engineering professor – that is, he believes his main role is his contribution to the greater body of technical knowledge. During his career, he has published 550 papers, 85 book chapters, and five books. He earned no commercialization money for his work on lithium cobalt oxide or manganese spinel lithium batteries. It is not known how much he earned for commercialization of lithium iron phosphate.

Goodenough has said he plans to continue working on lithium batteries. His current project is a solid-state version, which he hopes will solve some of the shortcomings of today’s chemistries. He told Design News in 2018 that the big goal for his next battery is faster charging times. “Today, the solution is to charge overnight,” he said. “But with an electric car, you don’t want to have to charge overnight. You want to drive up and get charged in ten minutes.”

He said this week that his work on solid-state lithium will take time. “People have told me I need to live to 105,” he said. “Well, I’ll try.”

In the meantime, he is also learning to cope with his new role as a scientific celebrity. Colleagues said he has been inundated with letters requesting autographs. He is also receiving more media requests than he can possibly fulfill.

But he’s coping. “You never think you’re going to win a nice award like this,” Goodenough said of the Nobel. “But it happens in life. All I can tell you is that if you live long enough, you never know what’s going to happen.”