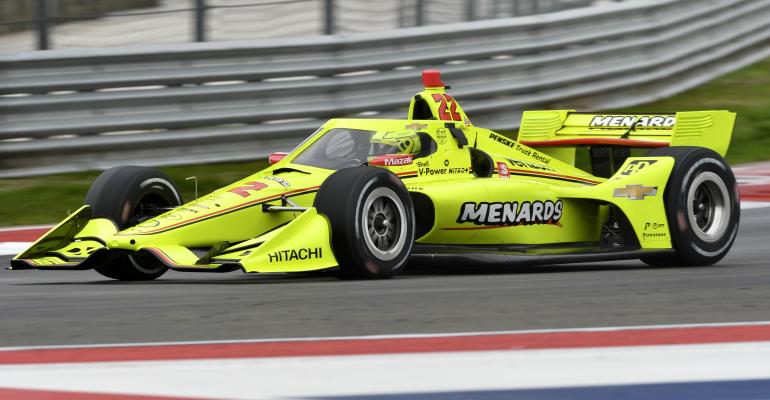 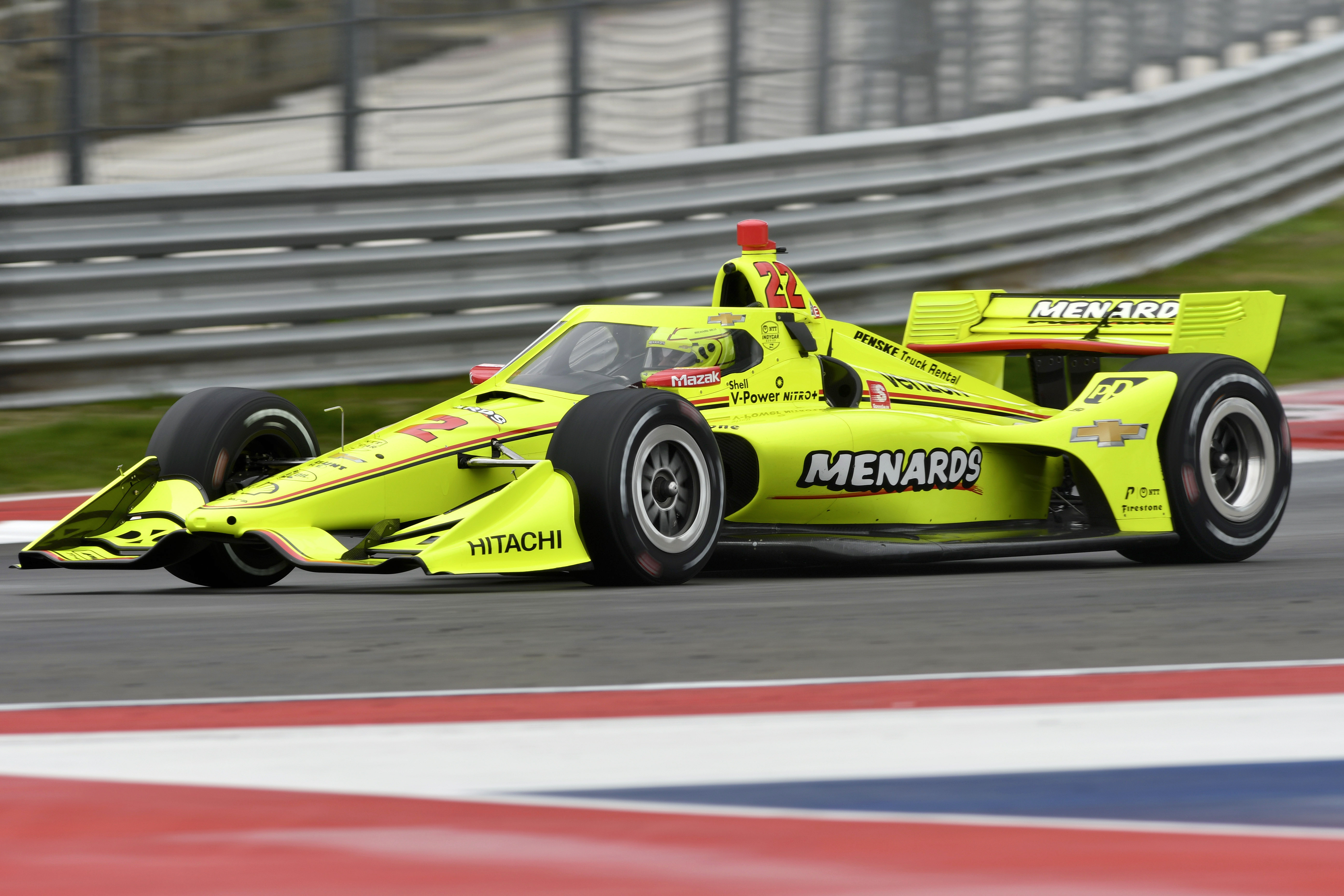 A month into the substitution of online virtual racing for on-track real racing is producing some unexpected dividends, as drivers and engineers are uncovering ways to leverage iRacing simulation to prepare for their return to racing. Team Penske Indycar driver Simon Pagenaud was effusive about iRacing following his second consecutive virtual victory over his colleagues during a simulated race on the oval track at Japan’s Twin Ring Motegi circuit.

It was a win achieved significantly thanks to reigning Indy 500 champ Pagenaud and his race engineer, Ben Bretzman, employing the optimal strategy for the timing of pit stops for fresh virtual tires and fuel. “I get a lot of help from Ben Bretzman, my race engineer, on the strategies,” Pagenaud said in the post-race interview. “As you can see, he is doing a great job with pit stops.”

It is hard for the driver to make such strategic decisions on the fly because of the stress of the racing, he said. “It is so stressful because you’re still lacking a lot of feedback,” Pagenaud observed, referring to the lack of seat-of-the-pants feel for the car’s motion while driving the simulator. “So I’m relearning another way to race. But I tell you, it is the same behavior for every driver out there.” 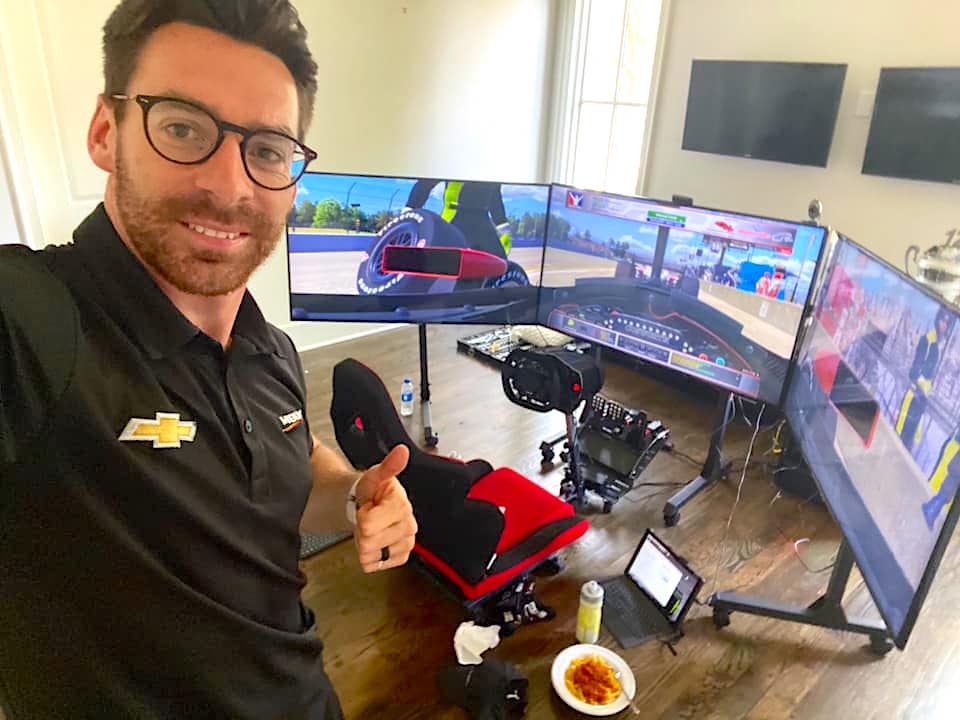 That lack of feel is only one of the ways that iRacing doesn’t replicate the real world. The cars’ setup details also lack the precision to be useful for simulating the effects of setup changes, as teams and manufacturers would do with their own dedicated simulation rigs, explained Bretzman in an interview with Design News.

But those in-house simulators are closed with the rest of the teams’ facilities, leaving racers and engineers to use iRacing in the meantime. “With iRacing, you’ve got to take it for what it’s worth,” he explained. “They don’t have the most proper aerodynamic map for the car in its different ride heights and yaw states. It is the same for the torque curve of the engine; it isn’t the same. And I think their feedback loop on the tires isn’t the same.”

So many inadequacies might seem to rule out iRacing as a valuable tool for racers when the time comes to return to the track, but there are still benefits to be had, they insist. “I think Ben and I discovered something that could be very useful for us in the future,” Pagenaud hinted. “I, myself, found that iRacing is really sharpening me up. I’m definitely going to use it a lot more in the future because there are so many details you can work on.” 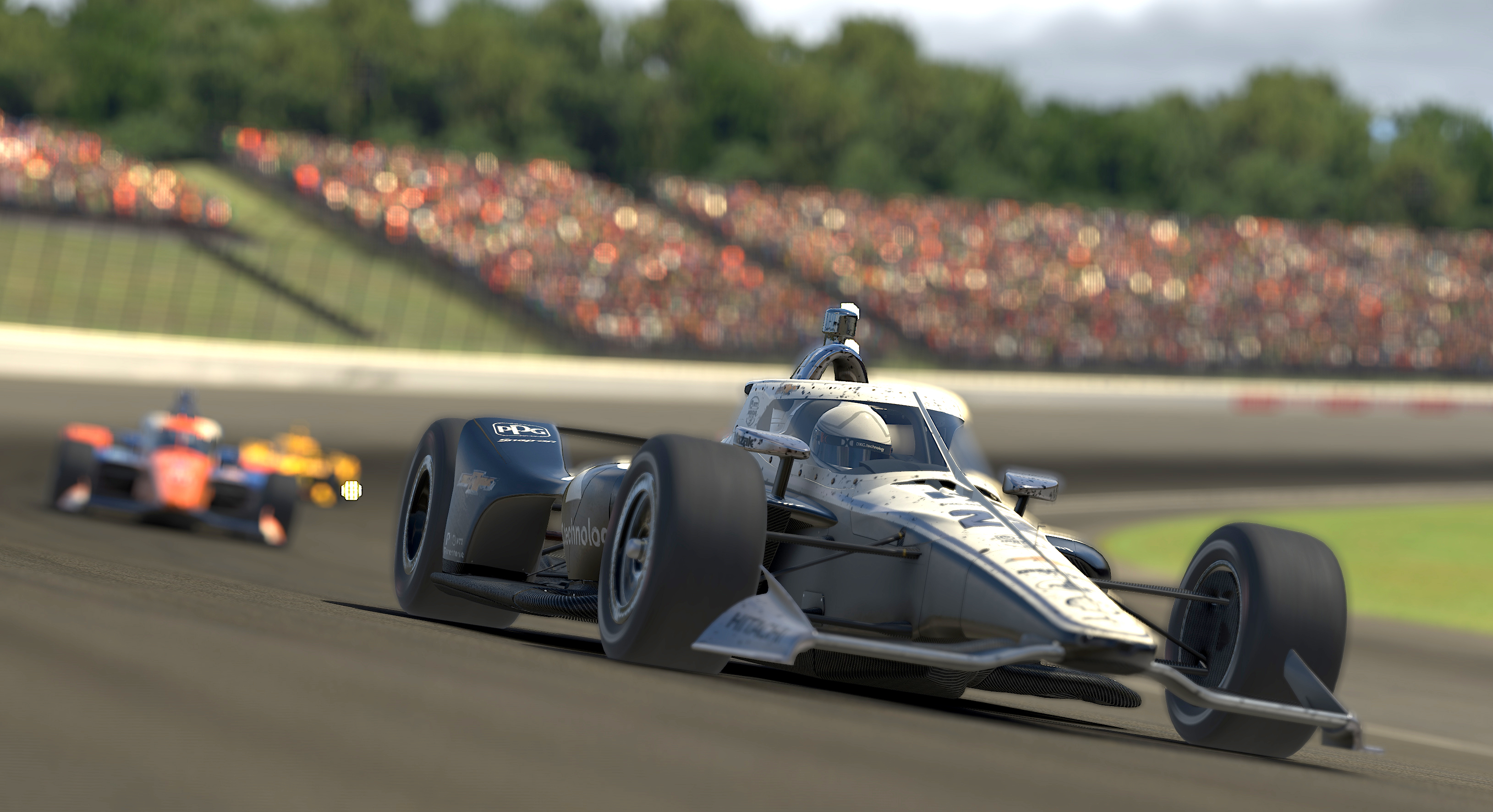 Specifically, iRacing can produce identical track conditions repeatedly, without the session-to-session variability of the real world that makes it impossible to make direct comparisons of one lap to another.

“So here, you are in an environment that doesn’t change,” Pagenaud observed. “So if you do a really good lap one day, the next day you should be able to do exactly the same. I’m definitely finding a lot of benefits and being able to work strategies with Ben is also a huge advantage for my racecraft.”

Further, the understanding of exactly where the car is on the track and what it is doing is much more precise in iRacing than in the real world, which means the driver and engineer can break down information in more granular detail. “You know the X-Y-Z [coordinates] of the car in real time at high fidelity,” Bretzman explained. “St. Petersburg [which is a street course] has trees, so the GPS signal is not as strong to really know the car’s position. iRacing is a computer model, so it knows where it is all the time.” 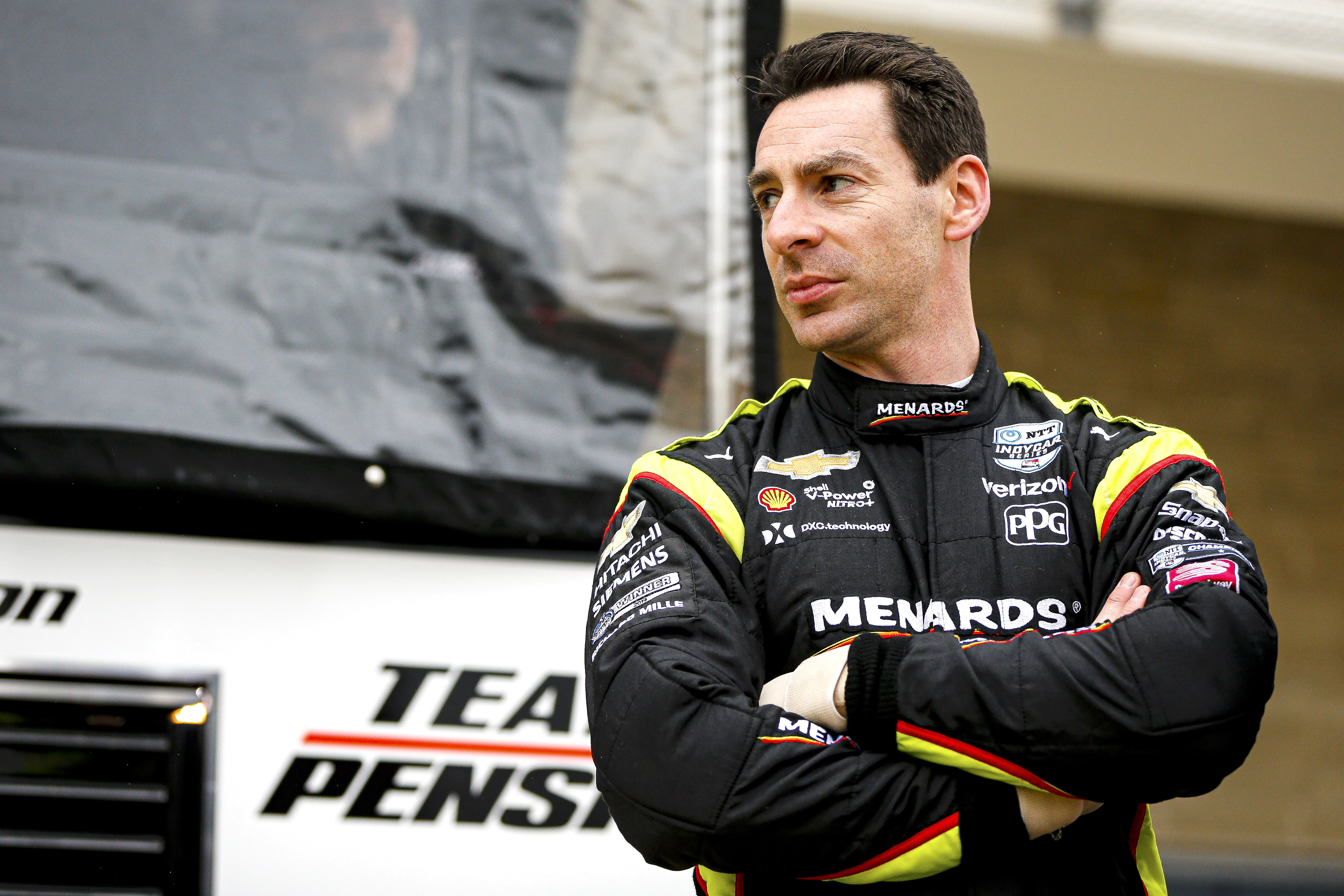 One of the ways this can be exploited is to closely examine exactly how and where a car is faster or slower, so the good parts can be repeated and the worst parts of a lap can be avoided. “iRacing has a very good time-compare channel that allows you to really dissect each corner. Their methods are really good to help drivers work on what’s the best way to go around a certain track’s corner. You can look at whether it is better to have a slow entry or really charge in the corner.”

There are also soft benefits of running iRacing events during the shutdown. “The biggest thing for us is simple communication. How do we talk to each other? How do I get Simon what he needs,” said Bretzman. “Drivers are operating at such a high level mentally, things happen so fast in these Indycars. Things happen instantaneously. Their mental capacity is full, so giving information at the right time is something were always working on.

”iRacing is also educational for the engineers to give them a better understanding of what the driver is facing, reported Chad Knaus, Hendrick Motorsports chief engineer for NASCAR driver William Byron. This addresses the same issues mentioned by Bretzman; the importance of understanding between driver and engineer. So Knaus and the team’s engineers will spend time during the week before a race using iRacing to virtually race at the upcoming track to improve their familiarity with it.

Hendrick Motorsports has an iRacing desktop rig in its engineering room for the team members to use, and Knaus added a proper rig to his home earlier this year before he even knew how much he might later use it. “It is significantly beneficial if you are going to a track you haven’t been to in a long time, or only go once a year, or go in the spring and then in the fall [when the weather is likely to be very different],” said Knaus.

It is getting familiar from an engineering standpoint with the track so you can get on the same page as your driver," he explained. You get an understanding what that track has for characteristics and you can identify with that and try to adjust to it accordingly.”

As with the Indycar team, the virtual adjustments to the chassis aren’t appropriate for testing any changes to the car in NASCAR either, so the primary benefits come in terms of driver-engineer understanding, Knaus reported. “The adjustments of the car in iRacing aren’t the same as on a Cup car so we don’t delve into that a lot,” he said.

But it means a lot when the driver is describing an issue in a particular location if the engineer knows the location and its characteristics. This is especially true of road racing tracks like Sonoma Raceway, which have many more turns than ovals, he said. “You go, what is turn 3A again? What turn is that? It is easier for you to put your head around what the driver is saying if you’ve been driving it.”