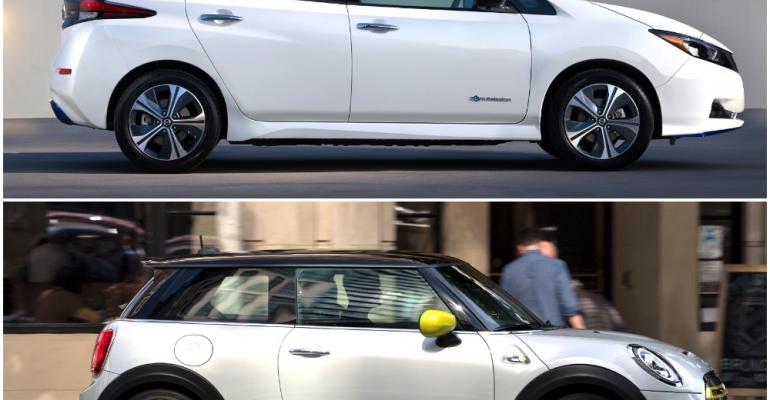 Nissan Leaf Plus and Mini Cooper SE offer the choice between style and driving range. 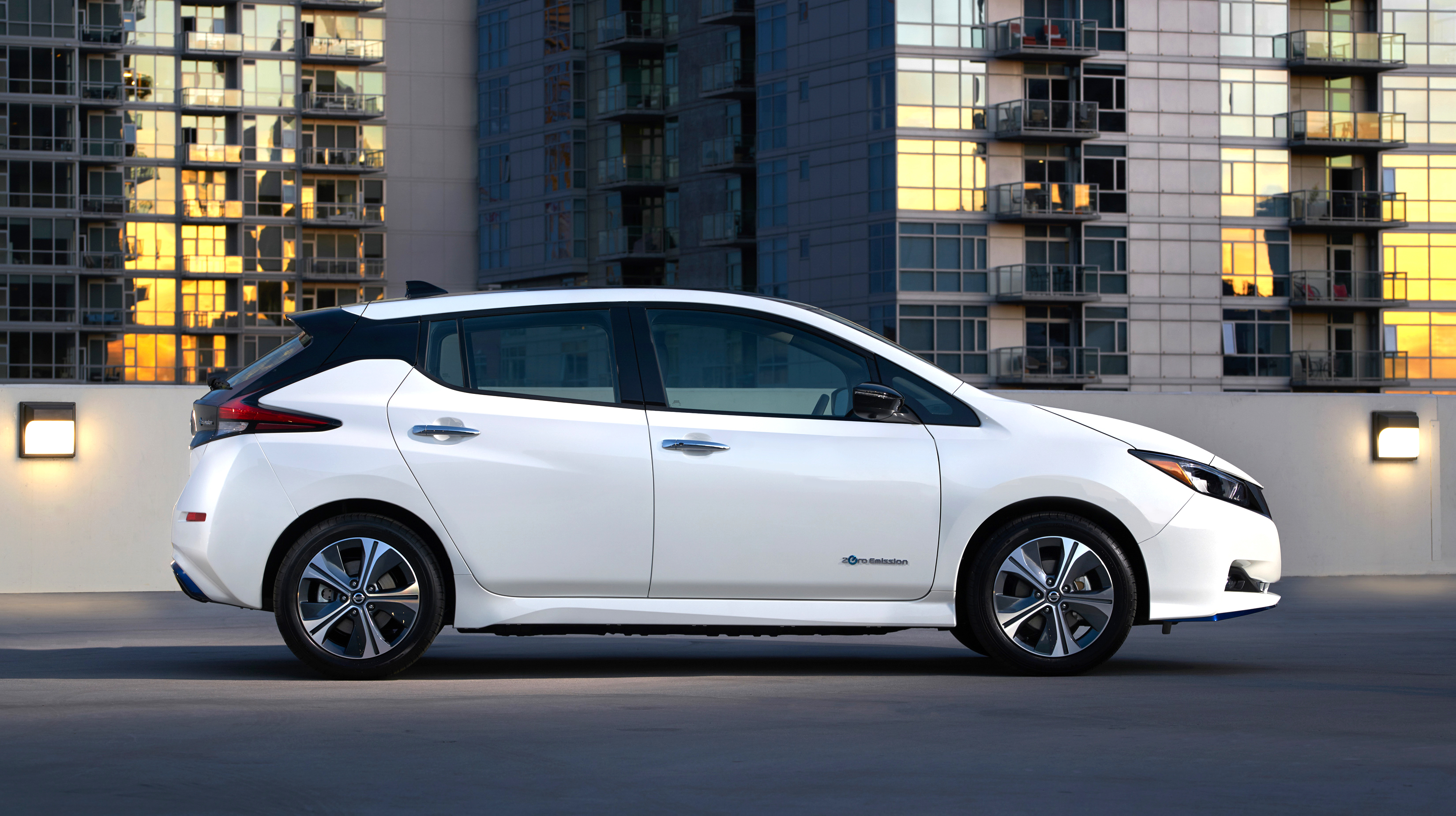 While it is typical for critics to boil down requirements for EVs to strictly the measure of driving range, the truth is that, as with so many other things, the appeal of an EV depends on a balance of factors. Adequate driving range is crucial, but the definition of ‘adequate’ depends on the would-be owner’s circumstances. Price is another critical factor, as is cabin space. Comfort, quality and style all contribute too. 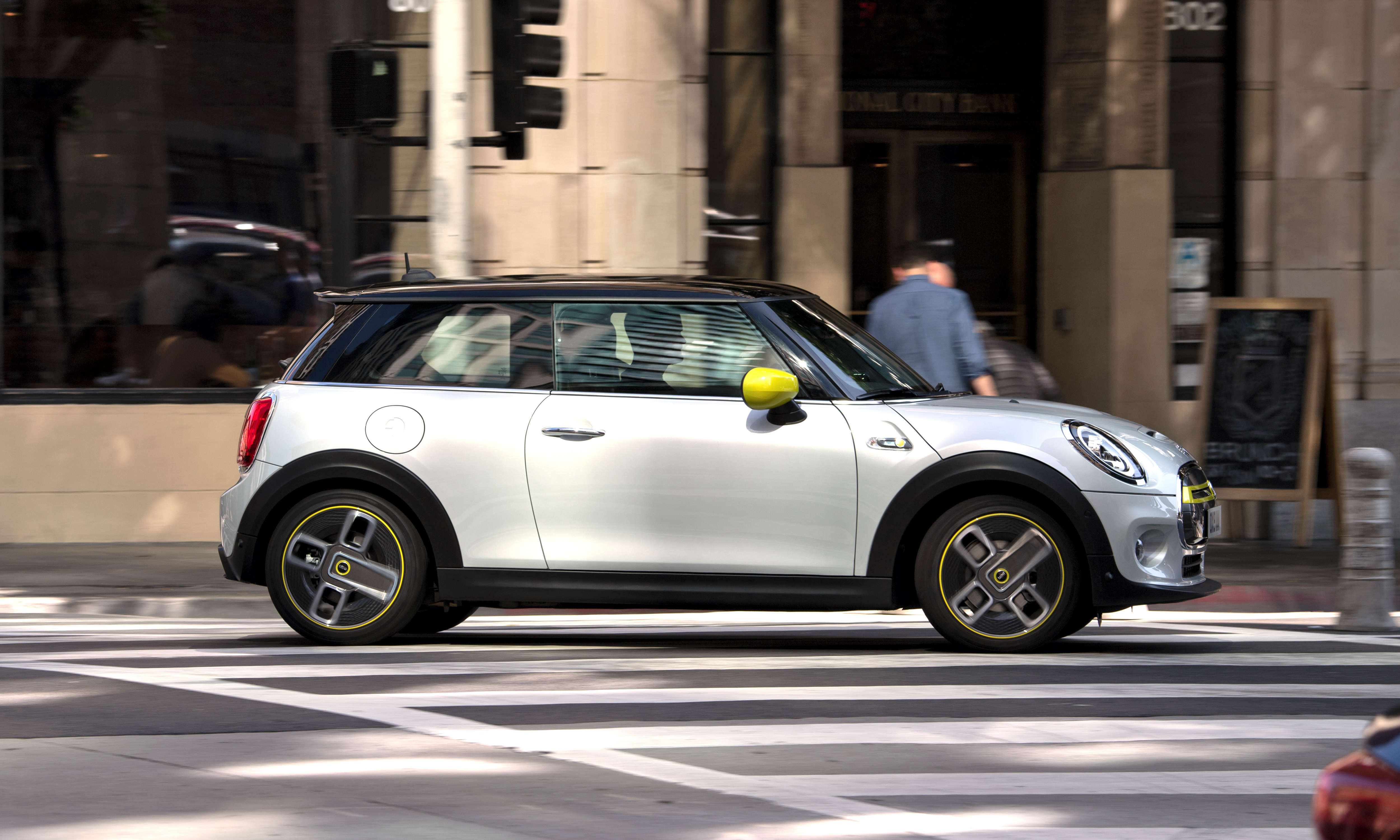 EV pioneer Nissan aims for the Leaf to achieve mass market success. Originally, that mean controlling the cost as much as possible, so the car came with a smallish 24 kilowatt-hour battery pack that delivered a driving range of around 80 miles. That didn’t mean many drivers’ definition of ‘adequate,’ so the company has upped the battery capacity.

The 2020 Leaf SV Plus employs an optional larger 62 kWh battery pack that gives the new car an EPA-estimated driving range of 215 miles. That should be enough to satisfy many drivers, but it comes with a price tag of $42,670, which is steep for a compact car that is otherwise unremarkable. 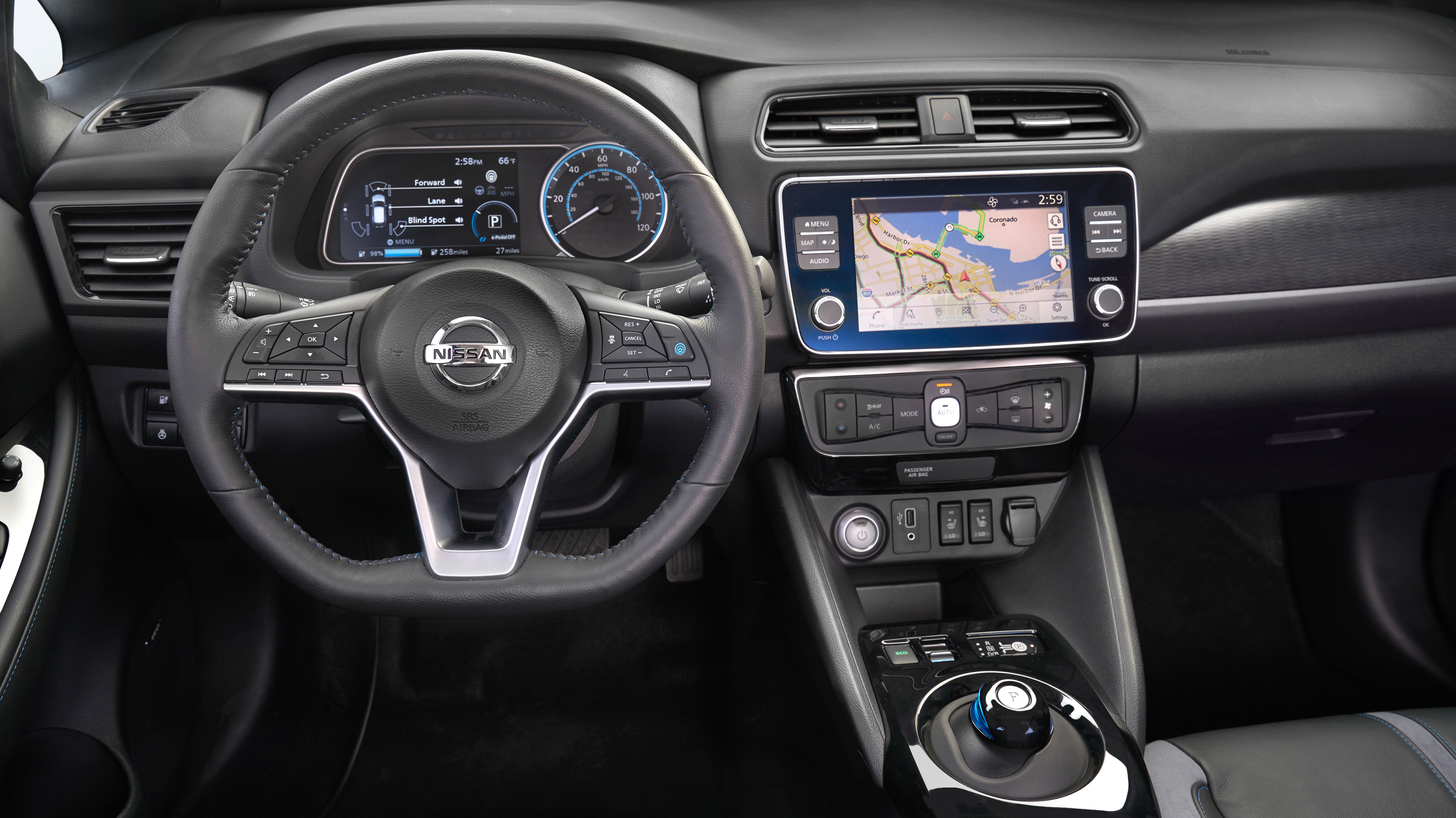 The Mini Cooper SE is a stylish, sporty little subcompact EV that is appointed with well-considered detailing. It delivers handling worthy of the Mini Cooper’s reputation. And the price is a welcome surprise; at $37,750, the bottom line seems reasonable for a premium brand small car that feels luxurious and well-equipped from the driver’s seat.

The catch: a 32.6 kWh battery pack that the EPA says will carry the Mini 110 miles. In our around-town driving, the range was actually only 100 miles. So, prospective EV drivers are presented with options. Neither of these cars is better, or the “right” answer. Instead, each offers a specific mix of choices, so each should better suit different customers with different needs.

Mini notes that 80 percent of Leaf-owning households have multiple cars, so an electric Mini’s shorter driving range shouldn’t matter as much. 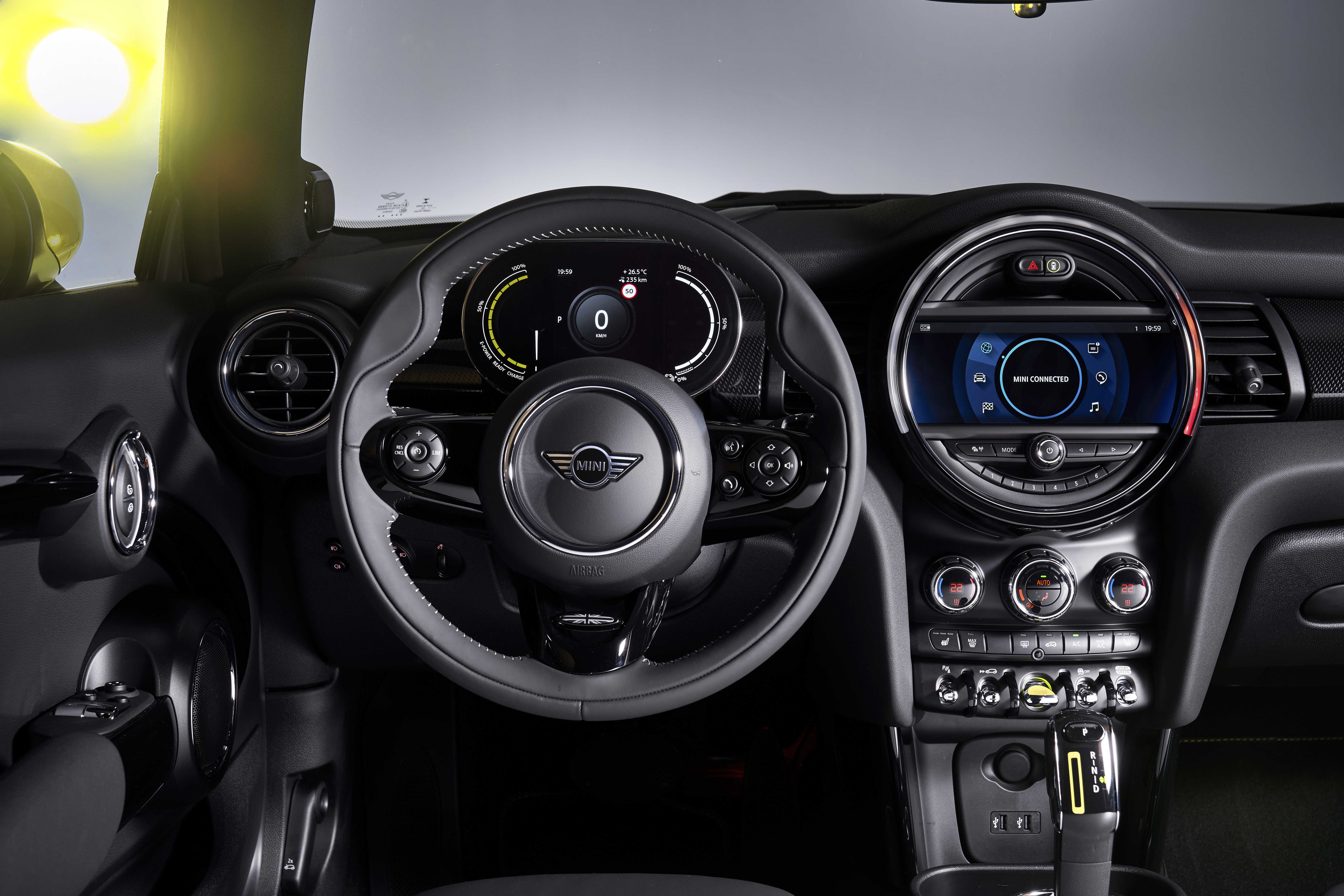 The Leaf Plus features an entirely upgraded drivetrain from that in the regular leaf. In addition to the larger 62 kWh battery pack in place of the standard Leaf’s 40 kWh pack, the Plus includes a more powerful 214 horsepower electric motor rather than the standard 147-hp motor.

Consider it the equivalent of upgrading from a four-cylinder combustion engine to a V6, but without the penalty of inferior efficiency. That’s because stronger electric motors are also stronger generators, so they can recapture energy better.

Nissan touts the Leaf’s cabin as a “spacious, highly functional interior with a quality, high-tech feel,” which is true. But it still suffers by comparison to the Mini’s more lavish appointments. Neither car employs a conventional sliding PRNDL shifter with discrete positions for each gear, which is the simplest and most familiar shifter interface for drivers. But of the two alternative shifters offered by Mini and Nissan, Mini’s BMW-style joystick-style shifter that springs back to center after pulling back to select Drive or forward to select Reverse is preferable. 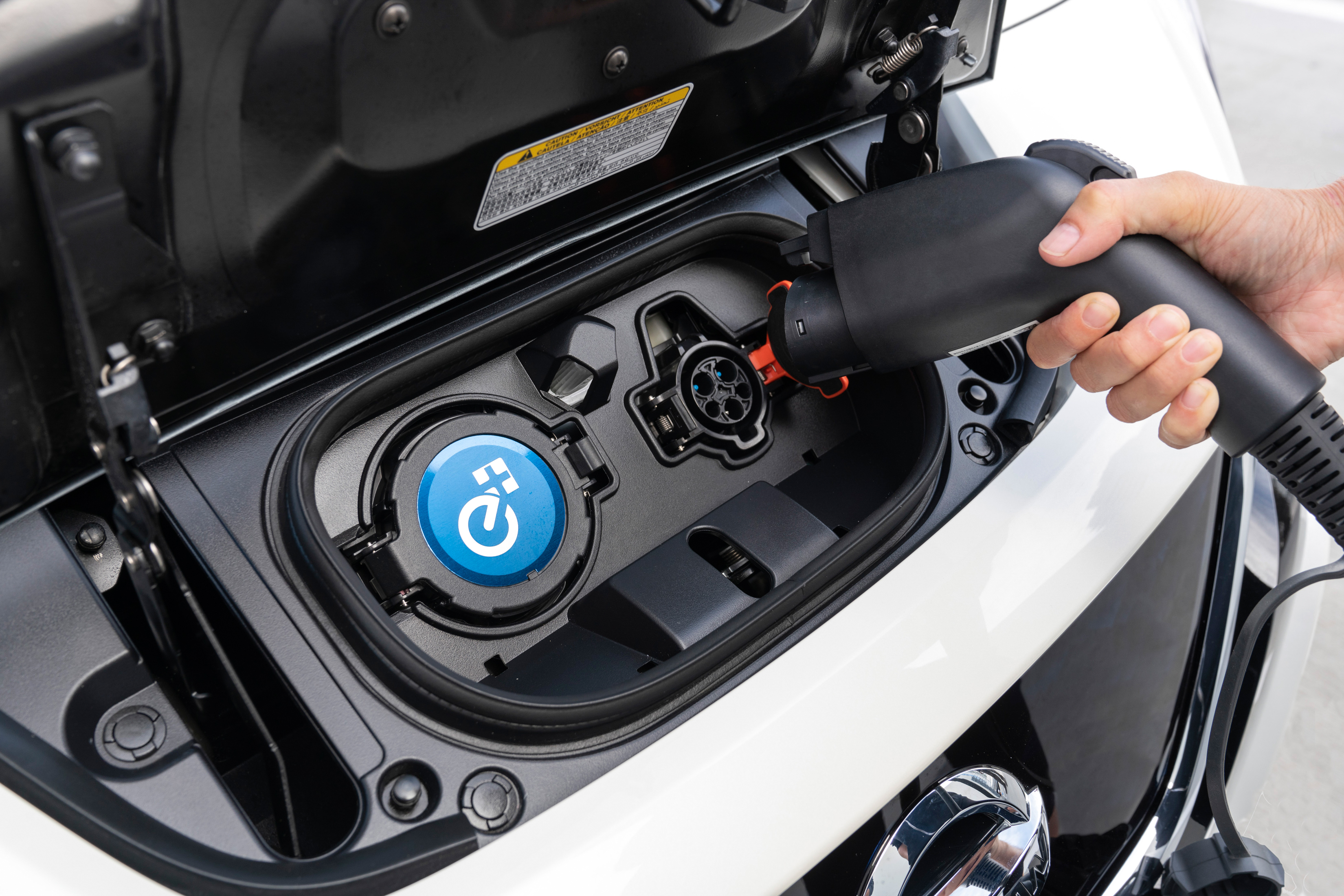 Nissan’s nubby little shift device is, improbably, even worse than Mini’s. The driver slides the nub from its home location to ‘R’ or ‘D.’ It gets annoying because the shifter has to be held in position for some minimum amount of time before that gear is selected. Flick the car into Drive and release too quickly for Mini’s liking and you’ll just sit there.

The Mini’s electric drivetrain is closer to that of the base Leaf rather than the Leaf Plus, with a 32.6-kWh battery pack and a 181-hp electric motor, so the practical, efficiency-minded Leaf Plus can outgun the Mini in terms of acceleration. Both cars are quick enough, but don’t expect any YouTube-worthy Lamborghini-humiliating runs from either.

Another area where the Leaf’s electric system is stronger is in direct current fast charging. The Leaf Plus can do 100 kW DC fast charging, in comparison to the Mini’s 50 kW capability. In a visit to an Electrify America fast charger, the Mini’s mini battery charged from 28 percent charge to 80 percent charge in 23 minutes, at a price of $6.12. 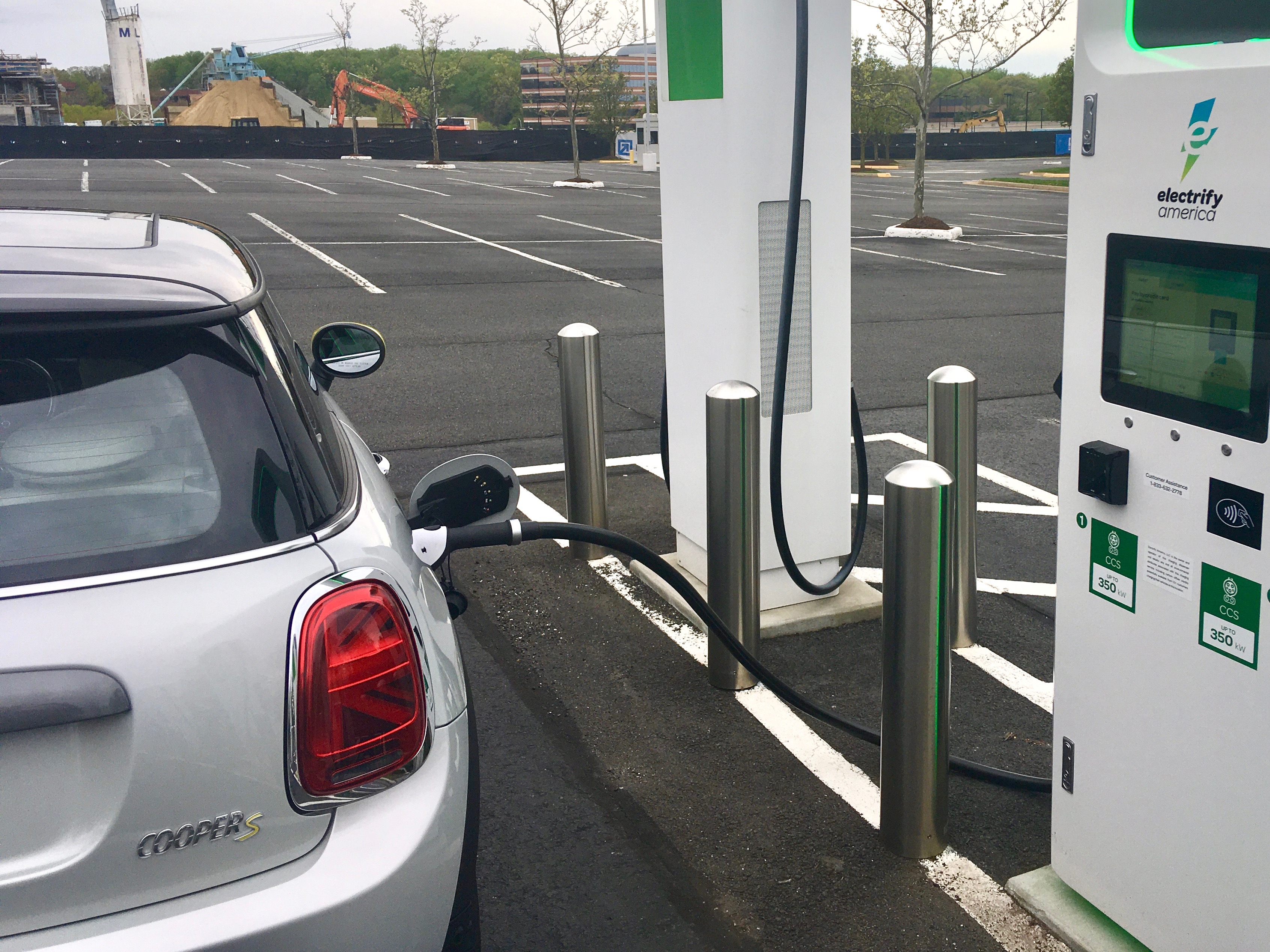 I didn’t get the chance to test the Leaf’s 100 kW charger on its larger battery, but would have been expected to achieve similar percentage increase in a similar time for a larger battery, meaning the Leaf adds driving range about twice as quickly as the Mini does.

For the on-board AC chargers, though, the story is different. Plug into a typical 240-volt AC charging station and the Mini’s 7.4 kW charger will add range more quickly than the Leaf’s 6.6 kW device.

The EPA fuel economy-equivalent (MPGe) ratings for both cars are similar. The Leaf scored 104 MPGe combined, with 114 MPGe in city driving and 94 MPGe on the highway. This equates to 32 kWh per 100 miles of driving and an annual fuel cost of $650.

The Mini is rated 118 MPGe combined, with 115 MPGe city and 100 MPGe highway. Its efficiency is 31 kWh per 100 miles and an annual fuel cost of $600. With efficiency so similar, consumers are left to weigh these cars’ other features to choose the one that’s better for them. We like them both.