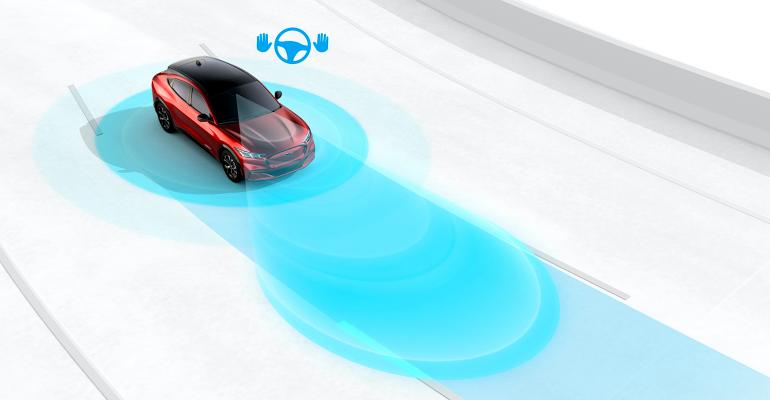 Ford BlueCruise will bring SAE Level 3 driving assistance to the company's vehicles.
There is a lot of confusion surrounding SAE Level 0-5 autonomy, so we’ll take a crack at clearing it up.

Social media hyperbole has combined with somewhat opaque industry standards to create a level of misunderstanding about nascent autonomous driving systems, but a close look can provide a clear understanding of what SAE Level 0-5 ratings actually mean.

One significant source of confusion is Tesla CEO Elon Musk, whose enormous social media reach and a tendency toward hyperbole have combined with the company’s application of terms such as “Full Self Driving,” and “Autopilot” to some of the company’s advanced driver assistance system (ADAS) to cultivate dangerous over-estimations of these systems’ true capabilities.

Related: How Much More Can Autonomous Cars Improve? Waymo!

This is why YouTube is clogged with horrifying videos of Tesla owners sleeping or riding in their car’s back seat while its computer steers and brakes for them.

Another source of confusion is SAE International’s application of the inherently hierarchical terms “Level 0, Level 1, Level 2, Level 3, Level 4, and Level 5” to describe ADAS systems’ capabilities. The problem is that there is not necessarily a continuous progression on a sliding scale. Higher-level systems may not be related to lower systems in any way, and correspondingly, lower-level systems’ technology may have no ability to be upgraded to higher-level performance.

Related: Think You Could Win an Autonomous Car Race on an Artificial Intelligence Controlled Course?

“This has the implication that the higher the level, then the better, or more advanced the automated system is,” said Mahmood Hikmet, PhD, head of research and development at New Zealand automated shuttle company Ohmio in a YouTube video series on autonomous technology.

“But that’s not true. The only thing SAE J3016 levels tell you about a system is about the responsibilities of the human or the automated system while executing the driving task,” he continued. “That’s it. Nothing about the operational design domain, capabilities of the system, or how advanced the systems are. Just what the human and the automated system are respectively responsible for doing during operation.”

Perhaps a non-hierarchical nomenclature would have been better because then maybe drivers wouldn’t expect Level Orange to be more or less capable than Level Purple, the way that rising numbers seem to imply a continuum of improvement. 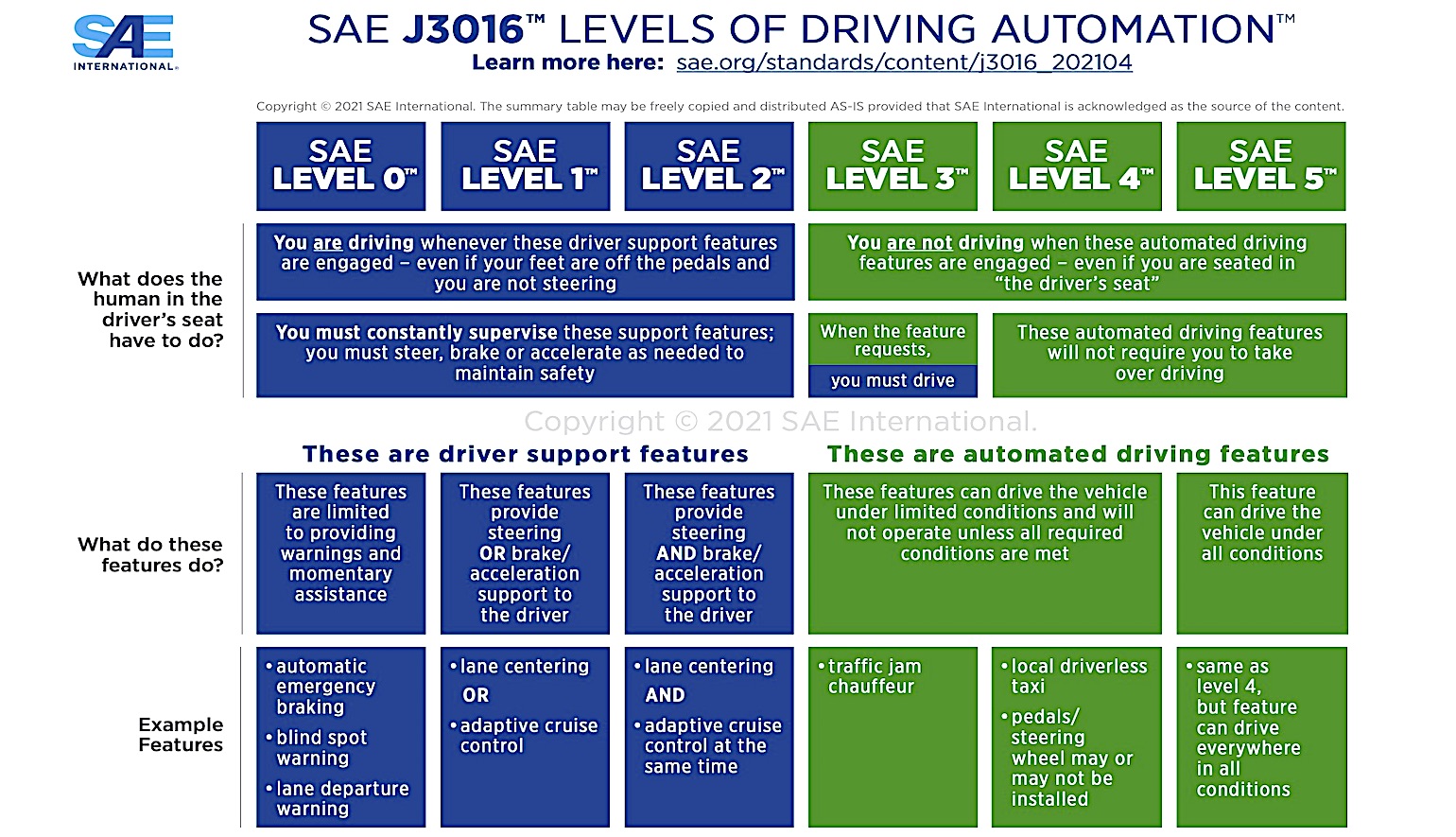 SAE lays out its definitions according to its J3016:2021 standard.

SAE defines these vehicles’ “On-road” use as being on publicly accessible roadways (including parking areas and private campuses that permit public access) that collectively serve all road users, including cyclists, pedestrians, and users of vehicles with and without driving automation features.

Active safety systems such as electronic stability control (ESC), automatic emergency braking (AEB), and lane-keeping assist (LKA) can be impressively advanced, but they are considered part of “Level 0” just like a Ford Model T (for which the driver manually adjusted ignition timing!) because they intervene temporarily and do not perform the “dynamic driving task” (DDT) continuously.

Likewise, systems like forward collision warning (FCW) that warn the driver about hazards in the driving environment also fall into Level 0.

A crucial observation is that the SAE J3016 is not like an Underwriters Laboratories seal of approval. It defines certain capabilities, but it does not provide any assurance that the vehicle is safe in any way, points out Carnegie Mellon University professor Phillip Koopman.

He also warns against designations like “Level 2+” or “Level 3.5.” “Fractional or "+" terminology is specifically prohibited by J3016 8.3,” Koopman notes. Such vehicles may well have additional technology beyond that required to meet the specification, but there is no way to describe that within SAE definitions.

Then there is the matter of drivers who abuse their cars’ limited capabilities to do things that are unacceptably risky. This is the problem that Musk’s overstatement of capabilities for Tesla’s Level 3 Autopilot has exacerbated.

While Level 3 states that the car can drive itself, it does not say that the driver is relieved of responsibility while it does so. “J3016 does not say that Level 3 means "eyes off road" anywhere,” Koopman notes. “That is a concept that is entirely outside the scope of the standard.”

Finally, perhaps one of the most important misunderstandings is that there are “Level x vehicles,” Koopman reminds us. In fact, SAE levels only describe features, not entire vehicles, so it is important to remember that a car can have Level 3 driver assistance, but that doesn’t make it a Level 3 car.

The automotive industry has a lot of work to do developing vehicles with systems at all layers of the SAE J3016 specification, so having a strong understanding of what these levels mean and what they do not mean seems like an important starting point.