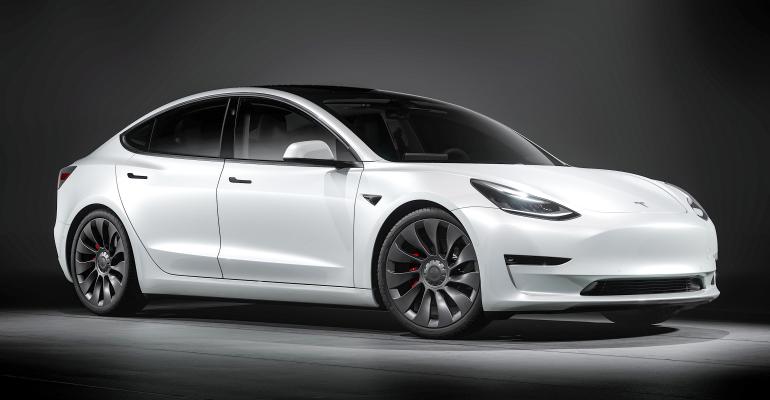 Tesla's Model 3 is the first model to employ the large die castings from the Giga Press.
“It is the right way to do things,” says Tesla CEO Elon Musk.

There is no question that Tesla CEO Elon Musk appreciates the hyperbole of terms like “giga.” Hence, Tesla’s Gigafactory battery plant in Nevada.

So maybe it is no surprise that for the next generation of the company’s manufacturing, it has turned to Idra’s Giga Press for die casting large portions of Tesla EVs. The name seems apt, as Idra’s die casting machines are the biggest in the work already, and it appears that Tesla has commissioned an even bigger one to make chassis components for its planned Cybertruck pickup.

Many carmakers use die casting today for portions of the chassis that benefit from localized stiffness, such as shock towers. But Tesla is resolved to using giant die castings to replace the entire front and rear sections of the chassis, replacing multiple stampings that must be fastened together.

Related: Tesla's New Model Y Is More Like a Car Than SUV

It is part of a larger plan for Tesla to also move to structural battery cases that serve as the stressed center member of the platform, connecting the front and rear die castings. The combination of these changes decreases manufacturing cost and complexity as well as vehicle weight, according to Musk.

The die-cast/structural battery configuration is “an architecture we’ve been wanting to do at Tesla for a long time and we’ve finally figured it out,” Musk said at the company’s Battery Day presentation. “I think it is the way all electric cars in the future will ultimately be made. It is the right way to do things and tt starts with having a single-piece casting for the front body and the rear body.”

Those front and rear castings each replace modules made of 70 different parts of various materials that must be fastened and sealed appropriately. Tesla has started by employing the die cast rear structure, which will be followed by the front casting and then the battery pack. Combined, the changes eliminate an amazing 370 parts, Musk said.

Not only that, but this has also streamlined Model 3 production. “There’s roughly a thousand robots on the Model 3 body line,” Musk explained in a video interview on the Munro Live YouTube channel. “You want fewer things, not more. We got rid of 300 robots, just with that rear body casting. When we go to the front body casting, we’ll get rid of another 300 robots.”

The castings also eliminate opportunities for problems with the 70 joined pieces used previously. “I can’t emphasize enough the nightmare of sealing between the gaps” between the joined parts, Musk said. “That might be the most painful job in the whole factory, is spackling on the sealant.” 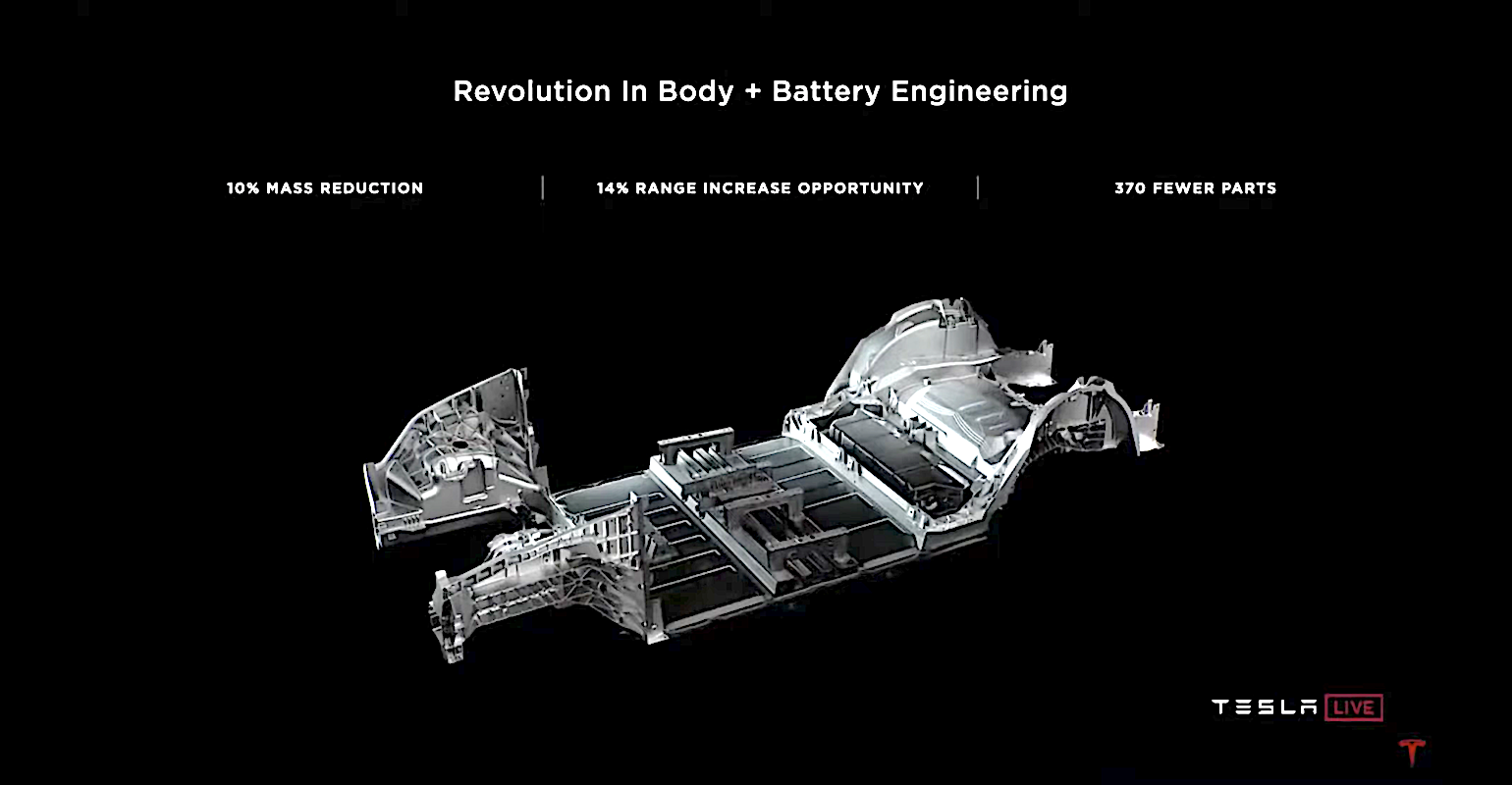 But until it took delivery of the Giga Press, Tesla had little choice, he continued. “You can muscle through it, and we have,” Musk remarked. “It is way better to have a single-piece casting. You don’t have gaps in the sealant. You don’t have dissimilar metals. You can reduce the size of the body shop dramatically.”

So why didn’t Tesla just built the Model 3 and its other EVs using such castings sooner? Because sufficiently huge die casting presses were not yet available.

“The Giga Press itself presented many engineering challenges that our team resolved step by step during the research and development process, which took more than two years,” stated Idra general manager Riccardo Ferrario in a video posted on Idra’s YouTube channel announcing the company’s OL 6100 CS Giga Press.

“The most important innovated factor is the new injection system designed by our engineers,” he said. “The filling of the die requires that we move around 100 kilograms of aluminum into the die cavity in 60 to 100 milliseconds.” 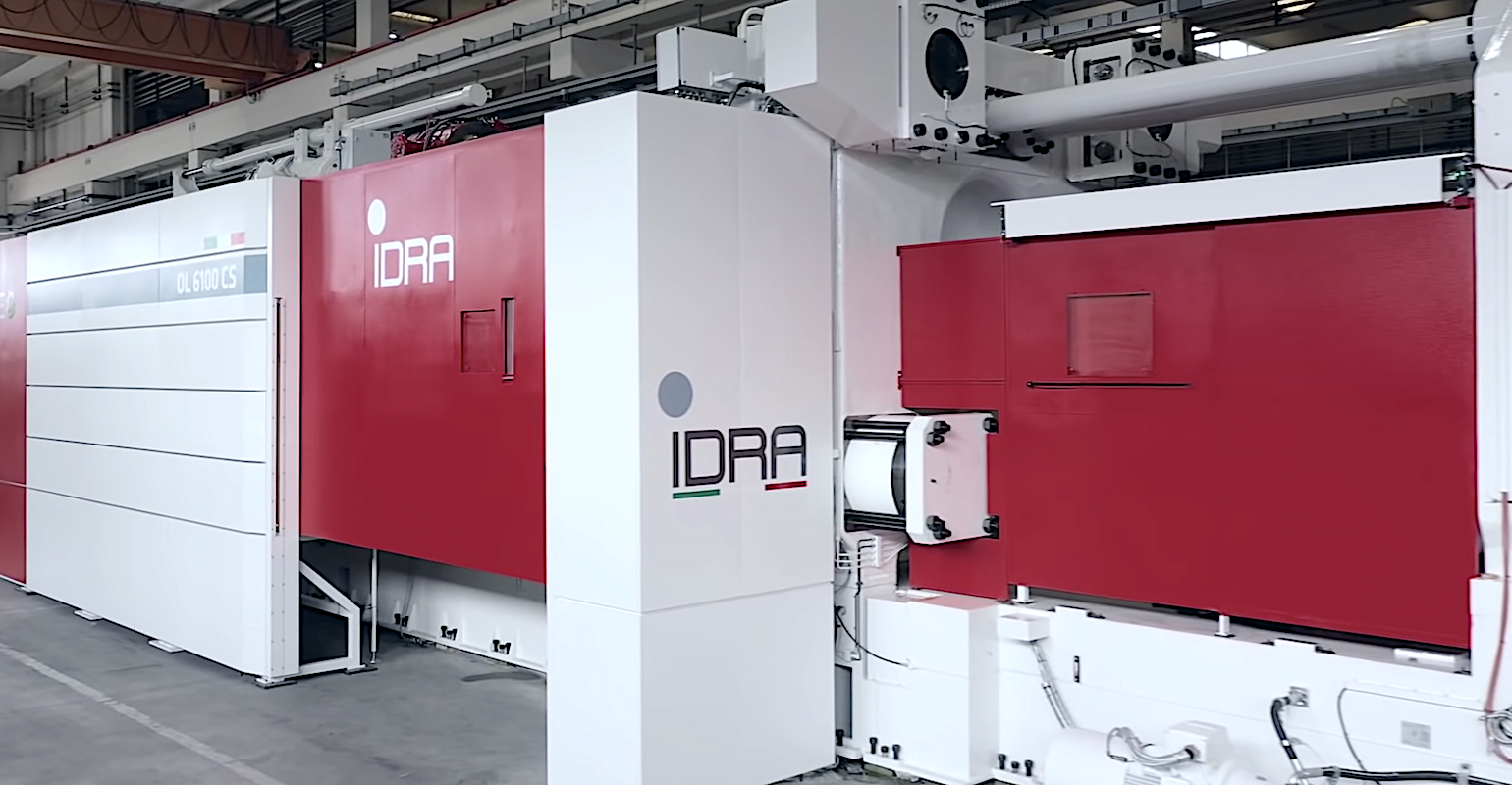 With that challenge solved, Ferrario says Idra is poised to help the entire auto industry shift from traditional stampings to castings.  “Our ultimate goal with the Giga Press is to help transform the automotive industry into something simpler, efficient, and sustainable,” he said.

Currently, the Giga Press is available from the company’s catalog in versions that press with 5,500 tons of force and 6,200 tons. These are the machines that Tesla is using already.

However, Ferrario says that Idra has received an order from “a leading global manufacturer for new energy vehicles,” for an 8,000-ton version of the machine. This bigger machine will be needed to make the larger pieces of Tesla’s planned future models such as the Cybertruck pickup.

“This giant machine will be used for the production of chassis components of larger vehicles such as pickup trucks, full electric lightweight goods vehicles, and SUVs,” Ferrario said. “It is a milestone. It not only shows the capabilities of IDRA’s technical superiority, but also validates the many, many years of hard work that have gone into realizing this project.” 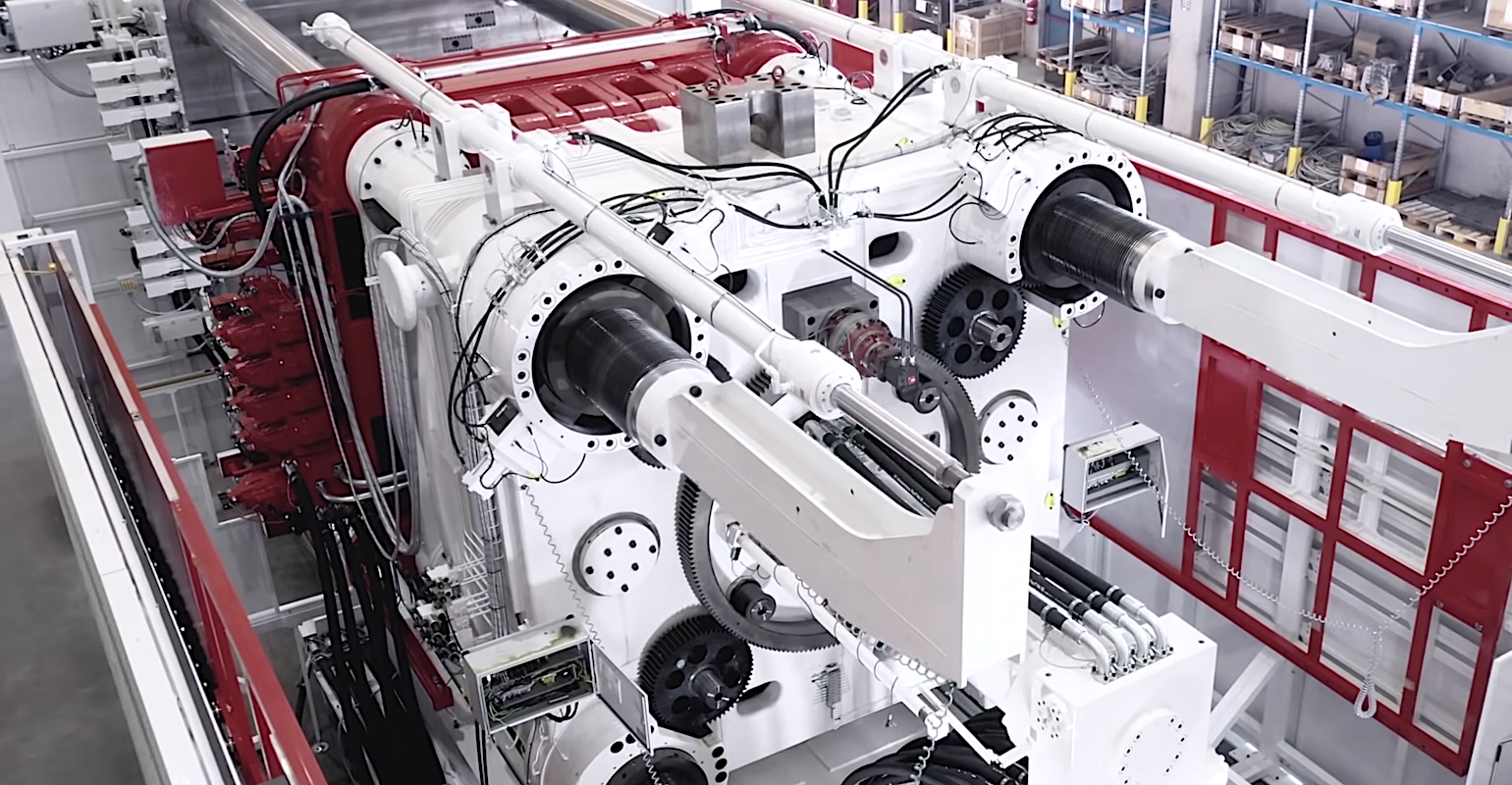 The inner workings of the Idra Giga Press.

The chassis castings are an enabling technology that will make possible Tesla’s goal of moving to structural battery packs, which are lighter and more space efficient than the current method of packaging batteries, Musk said.

“The cells today in every car are carried like a sack of potatoes,” he said. “They actually have negative structural value. They don’t serve to aid in the structure of the car and they have to be isolated from the rest of the car, from vibration and shock loads, that kind of thing.”

That means that mass and space are occupied just to protect the cells. “Otherwise they’ll bang against the side of the battery casing, and that’s not good,” Musk said. “If you have a limited number of stringers for sheer transfer, [the battery pack structure] is still quite bendy. But as soon as you have a whole bunch of [battery cell] cans, or honeycomb or anything like that, and you bond an upper and lower face sheet, it gets crazy stiff. That’s really what you want.”

However, such structural battery pack enclosures are sensitive to point loading from attached front and rear chassis structures, which is where the die-cast chassis modules fit into the puzzle. “Those castings are quite important because you want to transfer load into the battery pack in a very smooth, continuous way so you don’t put point loads into the battery,” Musk explained. “You want to feather the load out, front and rear, into the structural battery.”

So, despite the hyperbole implied by liberal use of the prefix “giga,” Teslas built using die castings from the Giga Press and powered by batteries from the Gigafactory look certain to advance the EV state of the art.