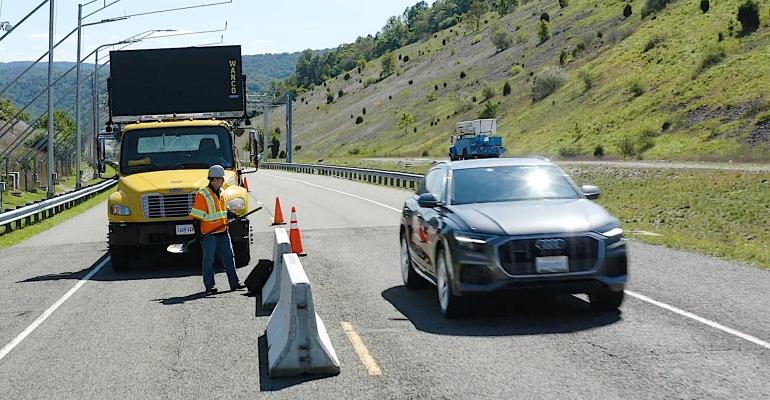 Researchers test C-V2X safety technology at the Virginia Tech Transportation Institute.
Audi and its partners are learning the best ways to convey critical information to drivers.

The team has developed intuitive communications tools to alert drivers when they are entering work zones, providing information about shifting traffic patterns with visible and audible notifications of roadside workers when vehicles are close to a work zone. 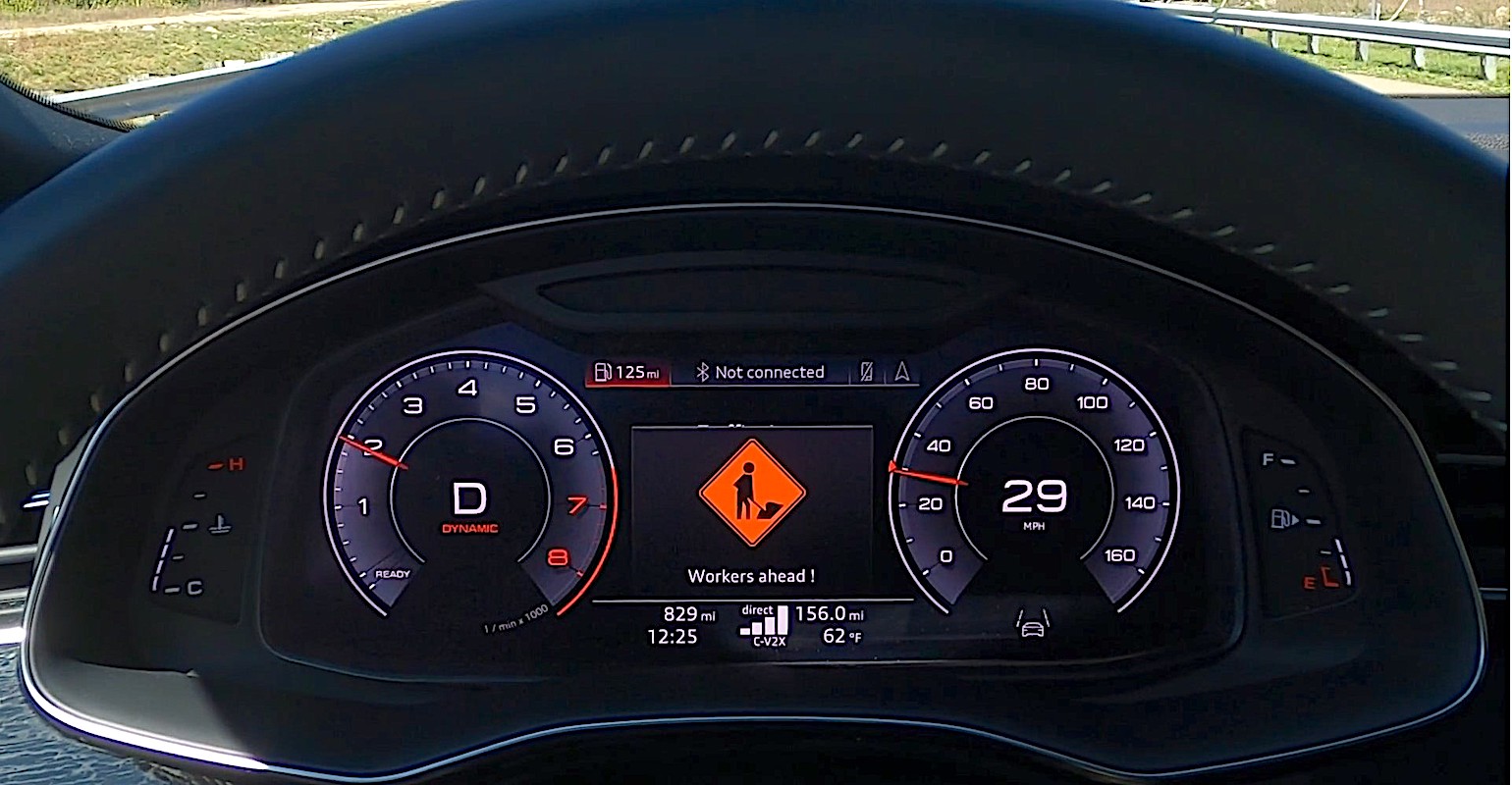 Audi drivers can receive an alert on their car's instrument panel warning of highway workers ahead.

The work has provided the partners insights how to develop this important technology and make it commercially viable and scalable for automakers, government agencies, and infrastructure providers as it nears production, Audi reports.

The project’s goal is for C-V2X to help vehicles communicate with traffic signals and road signs, letting automated vehicles augment their cameras and sensors with information from cellular frequencies as well and no longer relying solely on visible vehicles and road markings to help drivers move safely down the road.

In addition to the LTE cellular network, the technology uses a portion of the 5.9 GHz cellular band that the U.S. Federal Communications Commission (FCC) allocated for C-V2X applications, enabling the exchange of standardized communications between vehicles and between vehicles and infrastructure. The team initially tested C-V2X technologies on the Virginia Connected Corridor and then moved to US 50 in Northern Virginia in early 2021. 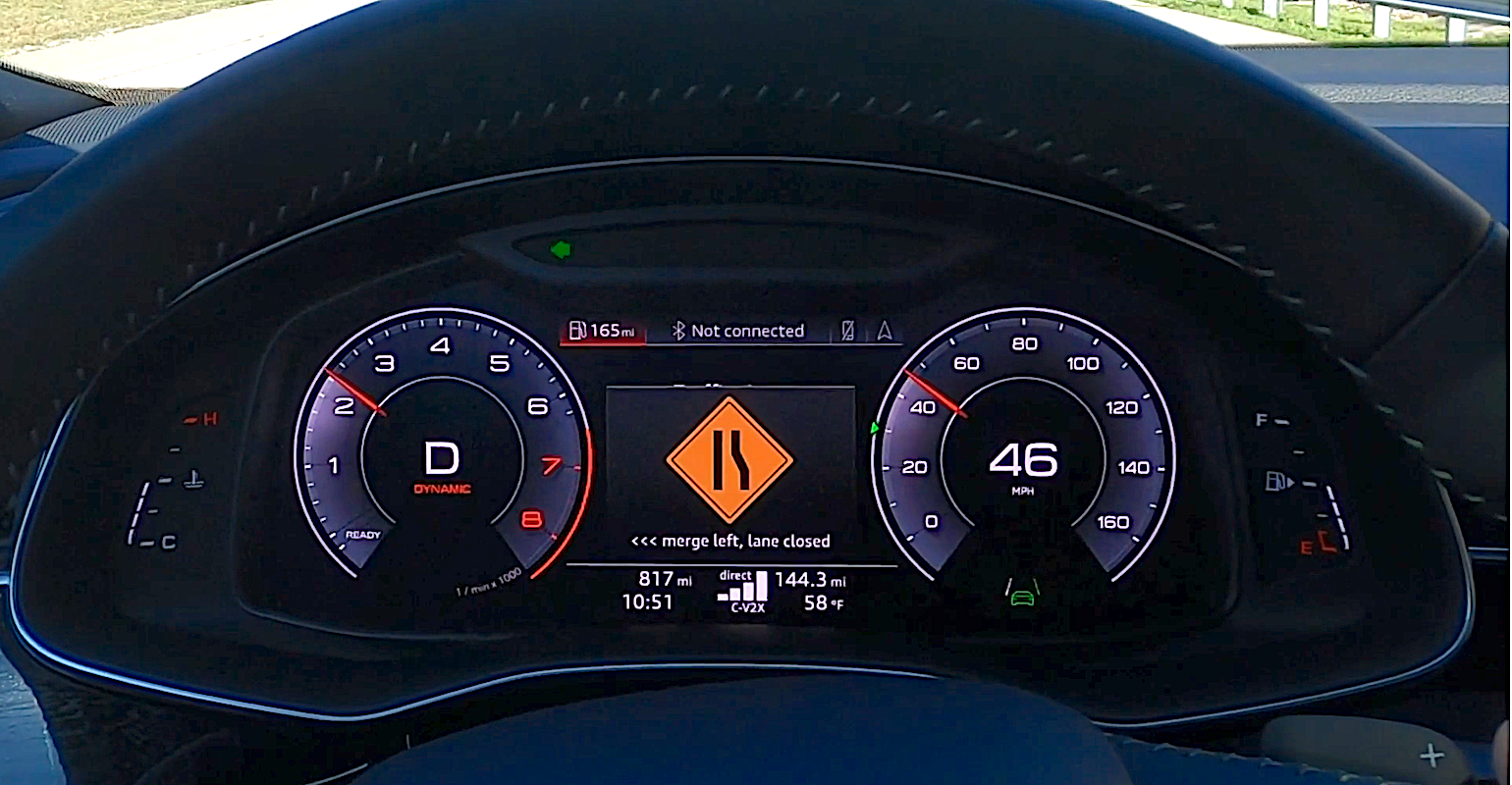 Lane closures due to highway work can be a headache because drivers often can't see which lane is closing, but the Audi C-V2X system can provide that information.

The object is to strategically deploy cost-effective technologies for both highways and intersections. Connected roadside units at traffic lights and vehicles’ on-board units add little cost, especially when replacing older systems due for replacement.

In the test, when a vehicle like an Audi A8 that is equipped with C-V2X technology approaches the outskirts of a work zone the indirect LTE cellular signals connect to a nearby cell tower. The signal sent back would inform the driver in the instrument display as an early notification that they are entering the work zone. As the driver gets closer, a warning on the dashboard might tell the driver to merge left as traffic narrows using the direct C-V2X 5.9 GHz signal.

Additionally, the car can also use that direct C-V2X signal could inform a roadside worker if the driver is approaching too closely by sending a warning to the worker’s smart safety vest. The vest, which was developed by Virginia Tech, can light up and beep a warning to its wearer in response to the alert. The smart vest localizes, monitors, and predicts potential collisions between work zone workers and passing motorists and proactively warns workers and passing motorists of potential collisions. 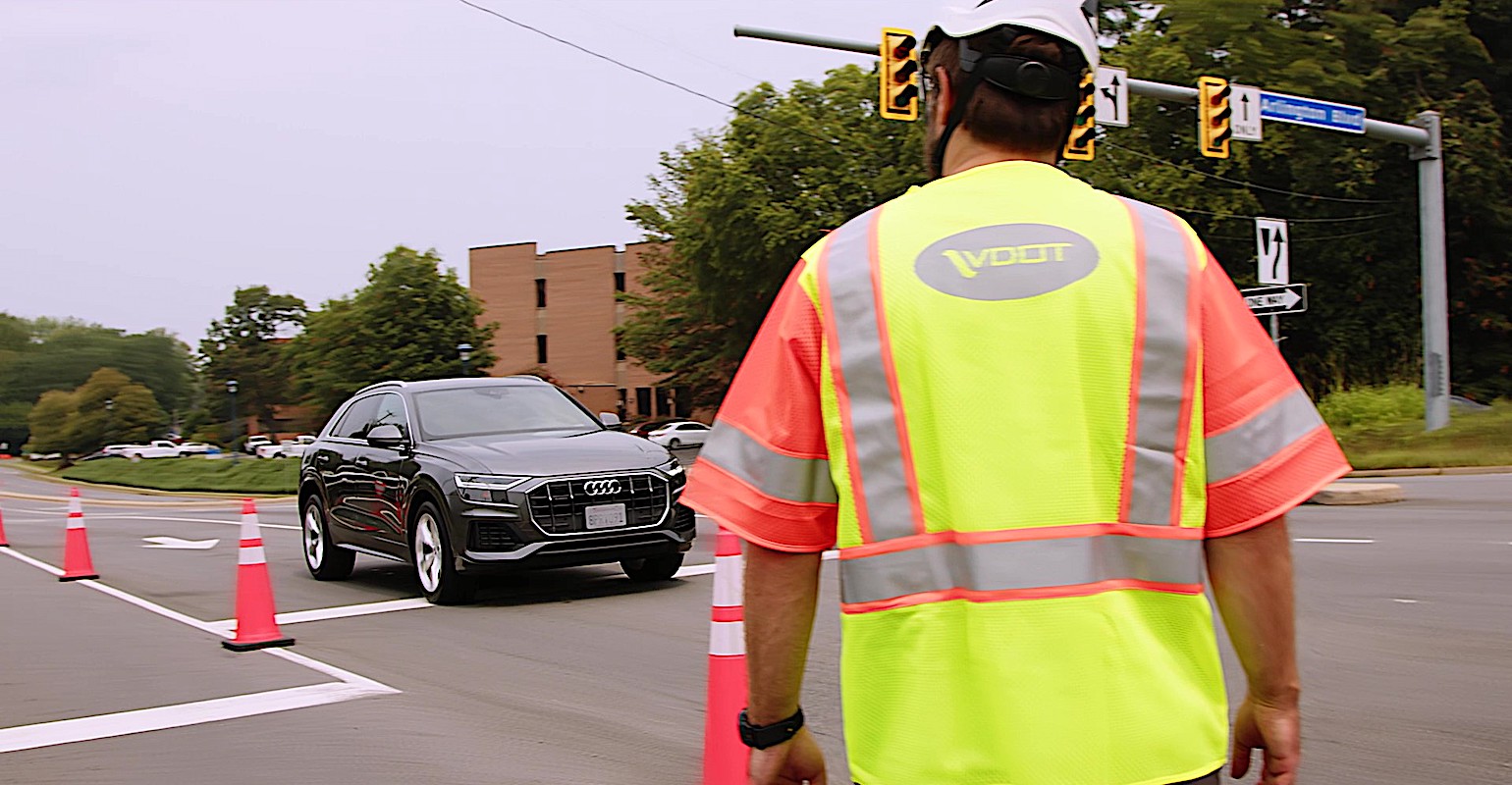 The Virginia Tech-developed smart vest provides a way for workers to benefit from information about approaching cars that may be passing too close to them.

Audi is also expanding its Traffic Light Information technology, which today covers more than 22,500 intersections. Now, in addition to alerting drivers when to expect signals to change, the system can also warn drivers if they are in danger of running a red light. This technology, developed in conjunction with Traffic Technology Services, Audi’s partner in developing TLI, could eventually be used to slow or stop vehicles moving in an intersection from colliding with one another.

Audi predicts that there will be 5.3 million vehicles, work zones, railway crossings, bicycles, and other devices that will be able to connect to C-V2X frequencies by 2023. And by 2028, it could encompass as many as 61 million connected devices, including 20,000 crosswalks, 60,000 school zones, 216,000 school buses, and 45 million smartphones.