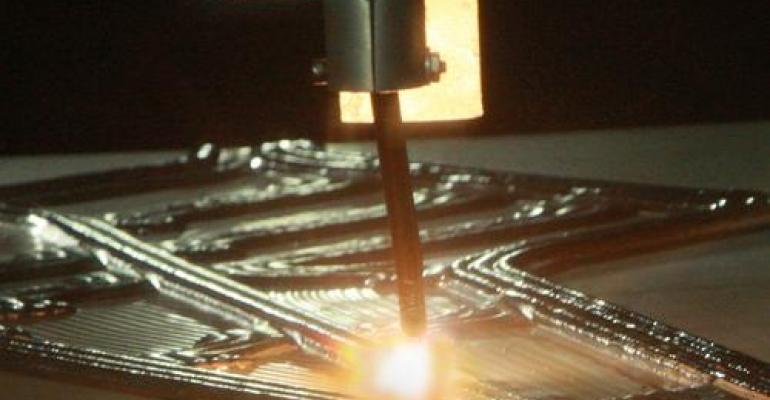 Until recently, Sciaky had kept the EBAM process, which it dubbed "direct manufacturing," in-house and operated its machines as a service to the military and Tier 1 contractors, including DARPA, the US Air Force, Lockheed, and Boeing, among others. The term "direct manufacturing" is often used to describe an additive manufacturing (AM) process that makes net or near-net metal production-worthy parts. 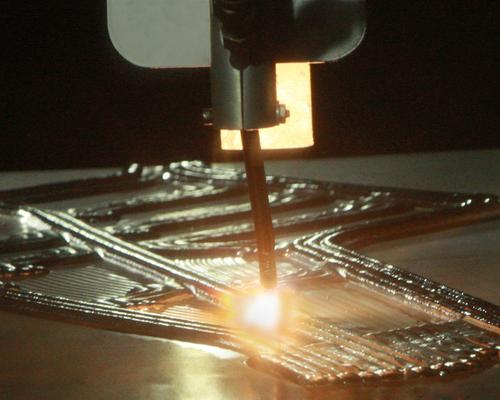 As we told you last year, Sciaky's AM metals technology combines an electron beam welding gun with wirefeed additive layering. This method can make parts as large as 19 x 4 x 4 ft, such as an entire wing box for a jet fighter plane. It's used for making parts from high-value metals such as tantalum, titanium, Inconel, and stainless steel. To ensure consistency and repeatability, an adaptive, closed-loop control system automatically maintains key process variables throughout a part's build process.

In Sciaky's EBAM system, a fully articulated, movable electron-beam wirefeed welding gun deposits metal layers on a substrate plate. Depending on the part, deposition rates are from 7 to 20 lbs per hour, or up to 40 lbs per hour depending on the material, according to a data sheet you can download here. Deposition rates are faster than deposition of the very fine layers in powder metal beds commonly used in selective laser sintering (SLS) 3D printing methods. The process makes near-net shapes, which require only a small amount of post-production machining.

Sciaky promotes the use of EBAM systems for making high-value prototypes and production parts, as well as for repairing parts and making replacement parts in the field. The company also provides electron beam welding services, as well as arc welding and resistance welding.