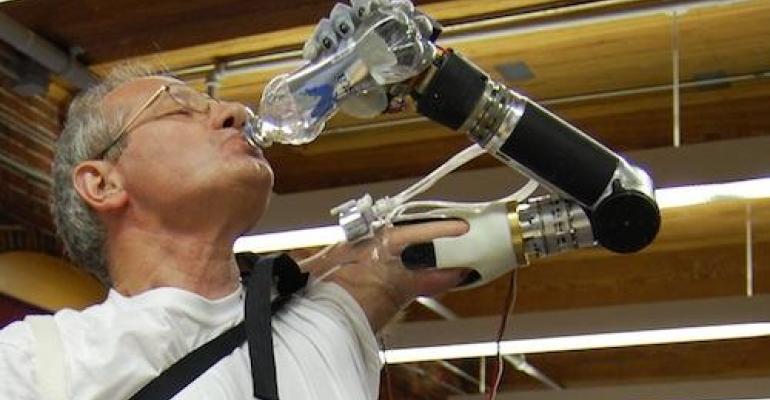 The US military is funding a project to build a motor-driven, lightweight prosthetic arm that is designed to offer an unprecedented range of movement for those who have lost limbs.

Dr. Linda Resnik, a research health scientist with the VA, told us the so-called modular DEKA arm -- a collaboration by the Defense Advanced Research Projects Agency (DARPA), VA Research (an arm of the Department of Veterans Affairs), and a small prosthetics company called DEKA Research -- uses battery-powered motors and a range of controls to give upper-limb amputees more customized control over movements. Resnik is the principal investigator for the VA Study to Optimize the DEKA Arm.

In 2008, DARPA provided DEKA with funding to design and develop an initial prototype of the arm through its Revolutionizing Prosthetics program. The VA joined the R&D effort in 2009 to "get the prototype into the clinical research environment and test it and obtain feedback to optimize it," she said. 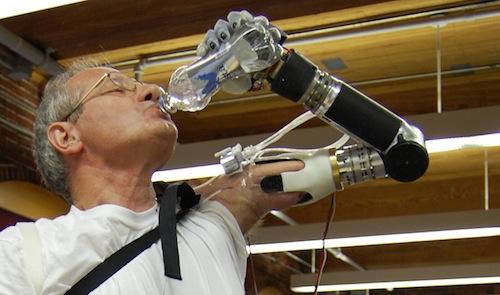 Many people who have lost an arm or part of an arm tend not to wear a prosthetic, because it is heavy and cumbersome. The DEKA arm is meant to address this problem by being lightweight -- it's made primarily of aluminum and weighs only about 3.6kg, according to DEKA. The arm is also modular, consisting of separate shoulder, elbow, or wrist pieces that can be worn together or separately as a patient requires, Resnik said.

The arm also features a powered shoulder joint that can rotate in three directions, providing a wide range of movement. The modular wrist can rotate in and out, giving users "movement in the wrist that is not available in current devices," she said.