Top 5 Roadblocks to Digital Factory of the Future 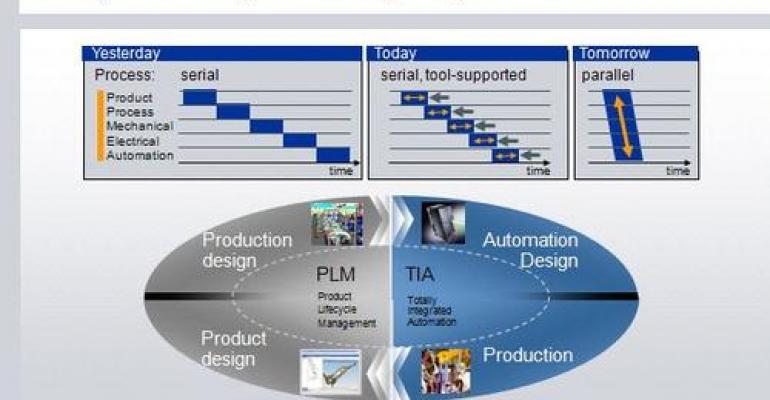 I've been thinking a lot about the "Digital Factory of the Future," the term Siemens has been using to telegraph the increasingly hurried-up product to production cycles that design engineers need to support via flexible automation setups.

PLCs and PACs with higher capabilities for programmability and intercommunications are the cornerstones of factory automation. The other linchpin is easier and more global programming capabilities.

In plainer English, this means two things. First and foremost is enabling engineers to sidestep command-line programming -- something most aren't fluent in -- and instead use some kind of graphical or drag-and-drop paradigm. (Secondarily, despite the fact that hardcore software types will always frown on what they see as a "for dummies" approach, the salient point is that today's visual tools are finally for real.) 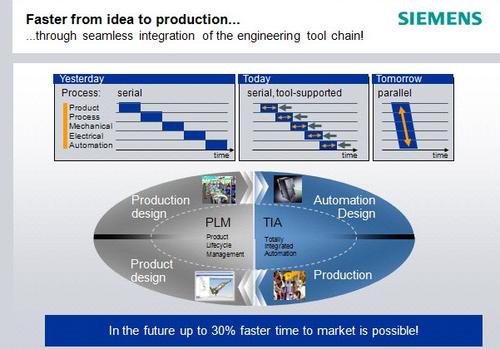 The other underpinning of the digital factory is the ability to deploy that software globally to all PLCs/PACs within a factory, extending out to remote or wirelessly connected production operations. Here, a collateral but significant outgrowth of such tight interconnectedness is the ability it gives plant engineers to route sensor data back to a centralized location. From there, they can monitor operations more closely -- and quantitatively -- than ever before. This enables tighter control, minimization of failures -- or, more correctly, quicker fixes -- and a host of subsidiary benefits like better compliance. (It should be noted that sensor angle is perhaps even more of a benefit in the process automation arena.)