HomeAutomationStrategies for Energy Monitoring
Recent
Automation
Novel 3D Printing Method Used to Replenish Coral Reefs
May 16, 2022
Volkswagen’s Electric Successor to the International Scout 4x4
May 16, 2022
The Music Is Over For Apple's iPod
May 16, 2022
Q&A With IndyCar Gearbox Expert Anna Chatten
May 13, 2022
POLL
Intel Unveils Trust Authority to Boost Security
May 13, 2022
Supplier News Looks at Highly Customizable Industrial Monitors
May 12, 2022
Here Technologies Maps are Key to Mercedes Level 3 Automation
May 12, 2022
'We Built the Domino's Pizza Tracker for Manufacturing'
May 12, 2022 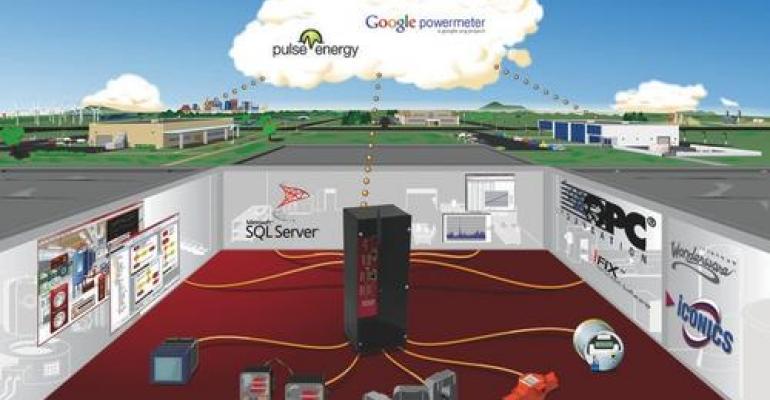 As industry gets serious about reducing consumption of electrical power, the first step is to begin monitoring energy usage to learn more about where power is being used, and to develop more efficient strategies for managing peak demand.

New energy-monitoring hardware and software solutions are emerging to make that process easier. Standard solutions are making it easier for companies to take specific actions both internally from a control perspective, and through participation in new Demand-Response programs. The long-term goal will be to use monitoring as part of a real-time solution that interacts with the power grid.

"The promise of the smart grid is largely coming from the supply side: generation, distribution, and transmission, which form the supply side of the electrical system," says Benson Hougland, vice president of marketing for Opto 22, in an interview. "There are major investments going into those areas, but ultimately what the smart grid is built upon from a technology perspective is communications, sensors, and data. That includes the free flowing of data to whoever might benefit from it."

Hougland says the future potential of the smart grid will be based on communications, moving data very quickly, and using it to create more of a real-time operation from an energy perspective. The problem with the smart grid at the moment is that the supply side is only one side of the coin. Technological development and investment from this single perspective isn't enough. What's needed are more end customers on the demand side implementing intelligent meters, sensors, communications hardware, and other components of the smart grid to create more of a real-time system.

"Rather than waiting for the smart grid to just slowly develop, what we're advocating is for companies to be more proactive. With an approach based on communications, data, and sensors, users can get started within their own facility so they're prepared when the smart grid does come," says Hougland.

"Companies can have the communication interfaces in place, and standard methods for capturing energy data, and distributing that data wherever it needs to go. They can have a way to participate at more of a real-time level, so decisions can be made based on fresh, accurate information."

With new energy-monitoring appliances such as the OptoEMU sensor introduced by Opto 22, the idea is to take standard, off-the-shelf automation hardware and provide a convenient, cost-effective package for energy monitoring.

From a hardware perspective, Opto 22 started from the base of its programmable automation controller (PAC) products but packaged the sensor to provide fixed I/O functionality adapted specifically for energy monitoring while also making it as simple as possible to get the system up and running. A utility that runs on a PC allows the user to configure the unit, and establish system parameters. A few mouse clicks determine where the user wants the data to go, whether it's cloud-based energy monitoring applications like Google PowerMeter, Pulse Energy, or popular databases like Microsoft SQL Server and Access.

Two important development goals were to make the unit more like an appliance from a hardware perspective, along with making it as simple as possible to configure and start viewing data from a configuration and software perspective.

Ethernet networking is an enabling technology to make the overall system work. Not only is Ethernet a ubiquitous standard, it also enables many communication protocols or methods that make it easier to fit into an existing system, onto an existing network, and to communicate with other devices that may speak a specific protocol.

With its most recent release, the OptoEMU Sensor can now communicate using Modbus TCP, EtherNet/IP, standard TCP/IP communications, and OPC connectivity. The system also uses Ethernet networking to move data over the Web to Web-hosted applications such as Google PowerMeter or Pulse Energy. 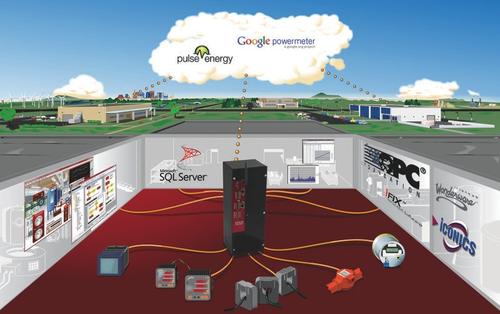 For simple applications such as viewing energy usage data over time, Google PowerMeter can provide that functionality for free. To take a deeper dive and understand energy usage in a building or to see how that data correlates to external temperatures or past usage, the Pulse Energy tool is a better fit because it is a more comprehensive and granular energy-monitoring tool.

Hougland says the initial focus with the OptoEMU product family has been to focus on monitoring and use it as an input-only device. The idea is that nobody should be talking about control until they've identified the problems and begun to isolate and pinpoint where those opportunities exist. Instead of relying on industry assumptions about using VFDs or LED lighting, first identify what is going on within the building and then move into what controls might be required.

"What we've also seen emerge in the last few months is a trend to Demand-Response," says Hougland. "Demand-Response (DR) is interesting because it is relatively straightforward for us to do, and we've been engaged in DR projects with partner companies and Curtailment Service Providers. CSPs sit between an energy consumer (facility, building, or campus) and the utility company, regional transmission operator (RTO) or independent system operator (ISO), responsible for managing the grid, generation, and distribution of power."

To be effective, CSPs need tools that provide real-time data on demand-side consumption. Using the sensor, signals can be sent to a building management system, and there is a range of different things the user can do to create a curtailment event or to lower electrical demand based on the Demand-Response trigger.

Since many companies are charged for electricity based on their peak demand within 15-minute windows, one approach to saving energy is to understand what is occurring within the building and recognizing how it is contributing to potentially high demand charges. The Demand-Response component can also be a revenue opportunity.

To participate in this program with a utility, and through a CSP, the customer receives a check for enrolling in the program and being on call to reduce demand based on the trigger. When an event occurs, there is also a payment based on how much load is shed.

Within the automation field, users are looking for methods to extract data from the hardware into other applications, such as an SQL database or standard SCADA/HMI packages like Wonderware. Opto 22 recently introduced a simple API that makes it easy to get data from the OptoEMU Sensor. If a user has a building management system that communicates using Modbus TCP, which is common, there is now an ability to use the OptoEMU Sensor on a piece of equipment or a load panel and even at the service entrance to a building to start sending data over the Web. It can also simultaneously provide that data to the local building management system onsite.