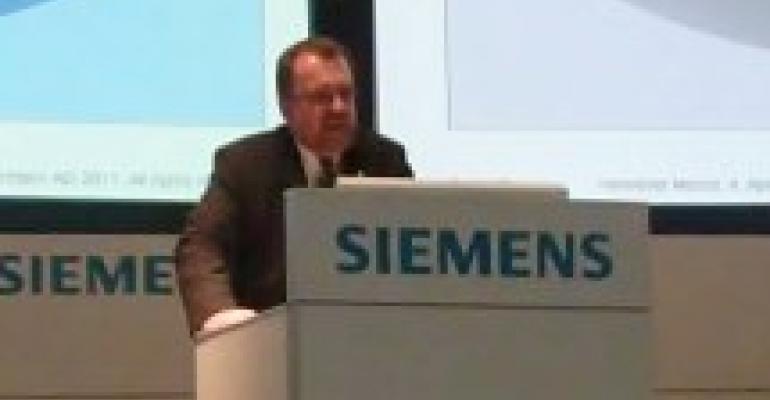 During its press conference at Hannover Fair, Siemens explained that the near-term focus for the company's Industry Sector would be on industrial software, vertical expertise and its services business.

As with most large industrial suppliers, stronger vertical industry positioning and growth of services/consulting have been major factors for the past two or three years. Services, consulting and maintenance programs in particular, have become increasingly major sources of business for large industry suppliers, such as Siemens, given the reduction in the full-time engineering workforce required to operate most industrial facilities today.

Therefore, Siemens announcement around its increasing focus on software is of greatest interest.

With the industrial software market expected to grow at a rate of 8 percent a year between now and 2015 (especially when compared to the projected 5 percent growth per year expected for vertical industry sectors and related services), the company's heightened focus on this area makes a lot of sense. It also speaks to changes the company clearly sees from machine designers and system builders, as software increasingly becomes a major player in the design process -- both in the design stages and as part of the delivered product.

Siemens software focus will largely revolve around expansion of its TIA (Totally Integrated Automation) Portal (you can read more about TIA Portal here) and PLM (product lifecycle management ) software, as well as its MES and HMI software. The company's vision is to enable a combined product and production lifecycle using a joint data model, allowing all software applications to access the same database for concurrency.

This vision of Siemens is still a work in progress and requires integration of its own software with that of its acquisitions over the last few years, such as UGS, Innotec, and Elan Software.

When asked during the press conference whether Siemens growth strategy in software involved further acquisitions or if growth would be organic from existing resources, Russwurm responded that the company is "open to both" options.

Personally, I think some major announcements will be forthcoming in this area -- likely before the year is out.
0 comments
Hide comments
Related