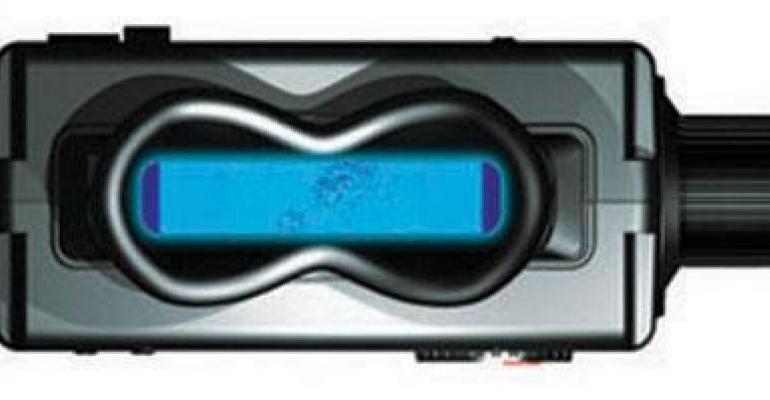 Explosives present an ongoing risk today, whether on the battlefield, city streets, or around high-value targets like airports. Although a range of technologies for explosives detection exists, many of them involve expensive, fragile, large-frame instruments that require training to operate.

When RedXDefense set out to develop a handheld field unit to detect various hazardous materials, it focused on designing a fast, rugged, and easy-to-use device targeted for operation by soldiers or dockworkers, not scientists.

The XPAK uses fluorescence detection technology to detect a wide variety of explosives, ranging from TNT and C4 to ammonium nitrate. The unit contains a removable baton wrapped with specially treated paper. The user swipes the baton over the material being tested or has a suspect wrap his or her fingers around it, then reinserts it in the aperture. Inside the XPAK, the baton rotates as a nozzle and sprays it evenly with a contrast-enhancing ink. For readout, the user looks into a viewfinder as the baton again rotates, this time under an ultraviolet light. Dark spots against a bright blue background on the paper indicate a positive result.

In the initial design, users rotated the baton manually. The approach worked, but results varied from sample to sample and operator to operator. When the RedX engineering team set out to design the next-generation product, the XPAK G2, it decided to automate the ink-application process. Motorizing the rotation of the baton was the obvious solution.

The initial model could detect a range of basic explosives, but emerging explosives require a more sophisticated approach. In the XPAK G2, the sample needs to be excited by an energy source after application of the ink, but that expectation has to be easily distributed, and over a specified time span. Automation provided a way to improve consistency.