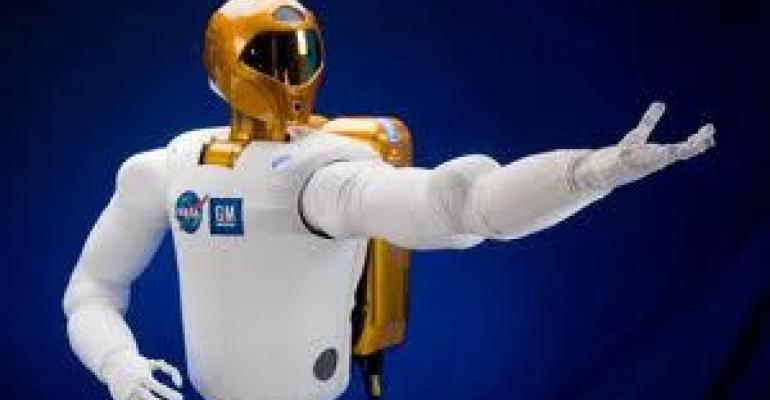 NASA is exploring the potential for human robot design with Robonaut 2, a humanoid machine currently assisting astronauts on the International Space Station. The chief design goal for the robot -- a collaboration between the space agency and General Motors -- was manual dexterity, as it was built to perform simple, repetitive, or potentially dangerous tasks for astronauts.

To show progress the agency has made since it sent Robonaut 2 to the International Space Station aboard the Space Shuttle Discovery in February 2011, NASA recently unveiled a video on its website of Robonaut 2 that features the robot shaking an astronaut's hand on the space station much like a human would, as well as performing other manual tasks. (Watch a video of Robonaut 2 in action below.) 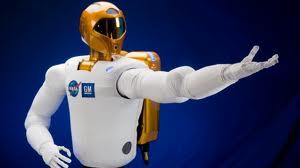 "That was an amazing moment," Robonaut deputy project manager from NASA's Johnson Space Center Nic Radford said of the handshake. Radford speaks on another NASA video in an interview with NASA public affairs officer Dan Huot. Radford said Robonaut 2 was designed specifically to be put to work alongside astronauts, and in order to accomplish the tasks NASA has planned, it needed "to have very capable hands and very sensate hands."

Robonaut 2's ability to feel with its hands -- which have a grasping force of about five pounds per finger -- comes from touch sensors at the tips of its fingers. The robot is controlled by station crew members or through telepresence with controllers on the ground. However, it was also designed to act autonomously to perform tasks, with astronauts needing only to provide periodic status checks. It can move its arms up to 2 m/s, with about 12 degrees of freedom in its hands and two degrees of freedom in its wrist. It has a 40-pound payload capacity, and overall, includes more than 350 sensors and 38 PowerPC processors.

NASA has divided the robot's experiments on the International Space Station into two stages -- free-space motions, such as waving its hands; and contact operations, such as flipping switches on machines and using objects in an intelligent way, according to Radford. He said Robonaut is unique in that it's one of the first payloads on the space station than can actually impart forces on its environment. Safety was a major factor in its design, which includes a feature to shut down automatically if it comes into unexpected contact with an astronaut or equipment.

In fact, before the handshake between Robonaut 2 and astronaut Dan Burbank, another astronaut floated by and accidentally brushed the robot, Radford said. The robot immediately shut itself down and restarted as a safety measure. "We have a hair trigger safety system right now -- that is by design," he said. In that particular situation, he said, "it reacted in the way it was supposed to."