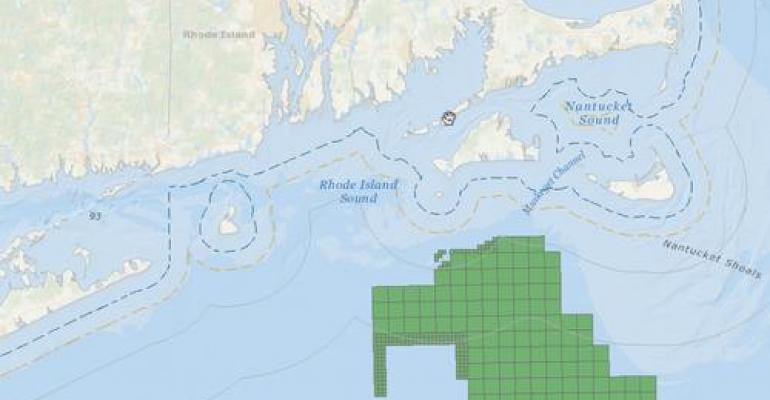 Two companies won leases to develop more than 350,000 acres of area in the waters off Massachusetts for wind energy in a federal auction of coastal waters, paving the way for the largest offshore wind farm to date in the United States.

RES America Developments Inc. and Offshore MW LLC are the provisional winners of two lease areas -- one of 187,523 acres and another of 166,886 acres -- off the coast of Martha's Vineyard. The waters were part of an auction of four lease areas totaling 742,000 acres by the Interior Department's Bureau of Ocean Energy Management (BOEM) on Jan. 29. There were no bids for the other two areas.

Winning bids totaled $448,171, according to the BOEM. The total acreage of the areas nearly doubles the amount of acreage leased for wind energy through competitive sales. 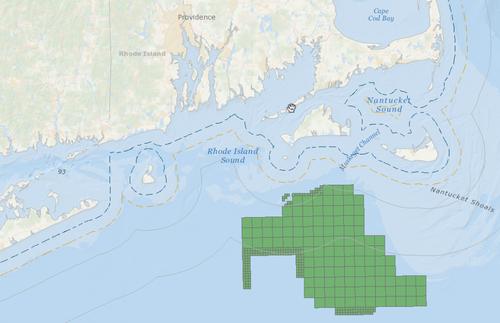 The auction -- the government's most notable showing of support for offshore wind energy to date -- was part of President Obama's Climate Action Plan, which aims to develop domestic clean energy projects to reduce the nation's carbon footprint and pollution, as well as to create jobs.

"We are pleased to see continued commercial interest in the offshore wind industry, as demonstrated by today's lease sale, particularly given the water depth of the wind energy area offshore Massachusetts," said BOEM Director Abigail Ross Hopper in a press release. "With provisional winners who are well established and have experience in developing wind energy facilities, we are optimistic about a strong renewable energy future offshore Massachusetts."

The areas leased are within the Massachusetts Wind Energy Area, which starts about 12 nautical miles off of the state's shore.

RES America and Offshore MW will have one year to submit site assessments to BOEM for approval describing what each company plans to do in order to assess the wind resources and ocean conditions of its commercial lease area. If approved, they then have five years to submit a plan for constructing and operating a wind energy project, which will be subject to an environment review. If the plans win approval from the BOEM, the companies can operate their respective projects for 25 years.

The projects are good news for the future of wind energy in the US, which is limping behind other parts of the world in developing offshore waters for wind-energy facilities -- something the Obama administration is trying to change. Europe, for example, is far ahead of the states, with more than 2,300 wind turbines spread across 73 wind farms that operate off the shores of 11 European countries, according to the European Wind Energy Assn.

In comparison, the US currently has no operating offshore wind farms, and thus no energy being used from the strong and consistent offshore winds on the Atlantic Coast. That picture is beginning to change, however, not only because of the Massachusetts auction, but with other previous, smaller auctions of coastal waters offshore Maryland, Delaware, and Virginia.

The federal government also has set aside waters off the coast of North Carolina for wind farm development, but no auctions have yet been held to claim them. Additionally, BOEM expects to hold another competitive lease sale offshore New Jersey later this year.

If fully developed, the area leased in Massachusetts waters could support about 2 gigawatts of commercial wind generation, enough electricity to power more than 700,000 homes, according to analysis by the US Department of Energy's National Renewable Energy Laboratory.