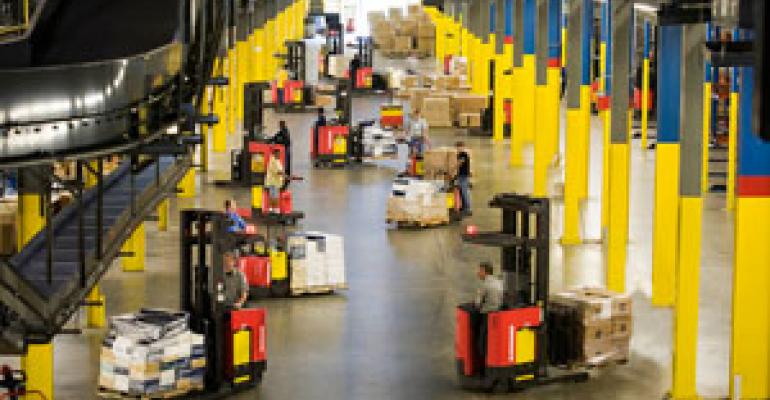 Sometimes, it's the back-to-basics strategies that can deliver the most bang for the buck. Just ask Hypertherm, a manufacturer of plasma metal cutting products. Despite being a leader in its field, the company launched a well-orchestrated campaign eight years ago to reduce product development and manufacturing costs while making its products more consistently reliable. Yet it wasn't rapid prototyping, 3-D simulation or any other state-of-the-art design tool technology that prepped Hypertherm for its journey. Rather, a 30-year-old methodology and little-known toolset from a company called Boothroyd Dewhurst led Hypertherm on its redesign course, helping the company take a significant chunk out of its part count and production costs.

As part of its product development makeover, Hypertherm tasked engineers with factoring cost targets and assembly strategies into initial design exploration as opposed to relying on manufacturing to troubleshoot problem areas later on in the cycle when it is far more costly and time consuming to initiate changes. By integrating Boothroyd Dewhurst's trademarked Design for Manufacture and Assembly (DFMA) methodology and software into Hypertherm's core product development process, engineers got a jump on the rigorous and often painstaking exercise of counting parts and evaluating designs from a manufacturing and assembly standpoint. The engineering group's adoption of DFMA was essential to helping Hypertherm close in on its aggressive targets of 50 percent reductions in both part count and production costs.

"The 'D' in DFMA stands for design - it's the design engineers that should be doing this work, not manufacturing and not industrial engineers," says Mike Shipulski, Hypertherm's director of advanced development. "No matter what your product costs or volumes are, it's time to take this kind of approach."

Design for the 'ilities'

Pundits in the engineering space might argue that this kind of approach is long overdue. Design for manufacturability or design for serviceability are concepts that have been around for decades, yet engineering teams, including Hypertherm's, have long struggled with how to establish the processes and gather the proper information to give the methodologies their due. "The whole design for the `ilities' has been around for a long time - it's how engineers go about (the process) that's evolving and changing," says Ken Amann, director of research for CIMdata. "Lots of companies have looked at it for a long time and thought it's too complex or too expensive."

Boothroyd Dewhurst has been fighting that perception for years, according to President John Gilligan. The methodology and the software helps estimate the difficulty of assembly, works to eliminate unnecessary parts and assembly tooling, and facilitates analysis and comparison of the costs of different materials and manufacturing methods in the design stage, leading engineering groups to create product designs that are "lean from the start," Gilligan says. Fortune 1000 companies like John Deere, Harley Davidson and smaller firms like Hypertherm have leveraged DFMA over the years to achieve laudable results, including cost reductions of 50 percent, shortened product development cycles in the neighborhood of 45 percent and part count decreases of nearly half. Despite the magnitude of the improvements, Gilligan admits the methodology is still a tough sell as many companies remain skeptical about the outcomes and are less inclined to commit the time and resources for learning what is admittedly a complex discipline.

"Most companies are pushing to get product to market and if they're spending extra time, they're spending it on making the product look pretty - not on making it easy to manufacture and assemble," says Gilligan. In many cases, companies are committing that time and money to efforts such as lean manufacturing to inject efficiencies and take cost out of the product development equation. "There's a lot of effort on lean manufacturing to improve the whole process, but with that, you're really only making minor tweaks to the real problems that were introduced back at the design stage."

The other main issue is there isn't a well-defined category of tools to take engineering teams on this journey. While Boothroyd counts cost-estimating software among its competition, Gilligan says it's not really an apples to apples comparison since those tools are often more geared for manufacturing engineers - not design engineers. The other major differentiator of DFMA is that it combines cost estimating with product simplification - an area that the other tools don't support and where companies typically see the most compelling results. More so than other software tools, Gilligan says Boothroyd's main competition is consultants, who apply their own skills and knowledge of product design and assembly and manufacturing to redesign products on a project-by-project basis. "It's the difference between fishing versus teaching you how to fish," he says. "Once a consultant leaves, their capabilities leave. They're not teaching you how to improve the products on your own."

Along with consultants and the Boothroyd Dewhurst offering, PLM suites are also starting to add some elements to address design for assembly and manufacturing concerns, putting the information in a usable context and making it widely accessible across different functional areas of the business. In that vein, integration with mainstream product development platforms is another barrier for the Boothroyd DFMA approach, according to CIMdata's Amann. "People are still trying to figure out, does this really work and how does it fit in," he explains. "Boothroyd hasn't done a great job tying into other parts of the PLM world - it's been more like a standalone thing."

Nevertheless, companies like Hypertherm are seeing some pretty dramatic improvements simply by leveraging this standalone tool set. Hypertherm engineers now routinely perform DFMA as a standard part of the design process and they view the goal of parts reduction and design for assembly as their responsibility, not the domain of manufacturing. While the company started out small, deploying DFMA on individual projects typically to create a baseline for product redesigns, the tool is now regularly deployed on new designs as well. "We're actually now building two different alpha prototypes of our next product all to help manufacturing determine which is easier to assemble," says Peter Brahan, Hypertherm's business team leader, automation. "Before, we never would have spent the time or money to do that."

Using the DFMA software, engineers evaluate an individual product part by part in addition to documenting the assembly process step by step. The software helps generate three key Pareto charts (cost, part count and assembly time) which establishes a baseline that allows the team to measure its success, not to mention, identify the parts and processes where there is the greatest opportunity for improvement.

Using the tool has vastly changed the interaction between manufacturing and engineering. "The teams always worked together, but they were not closely tied in the design process - mostly in the troubleshooting process when the product was in production," Brahan says.

ITT Control Technologies was a big promoter of lean manufacturing as a means of taking waste out of the product development process. Then came DFMA. David Vranson, advanced manufacturing engineer for ITT's Aerospace Controls division, has been practicing DFMA principles since the late 1980s and helped convince the company to buy the Boothroyd Dewhurst software in 2007 to automate what at the time was mostly a manual calculation process. When individual divisions began using the tool to improve product designs and eliminate waste, ITT began to see results that weren't possible with just lean manufacturing principles, Vranson says. "Nine times out of 10, waste is designed right into the product - it's not something that occurs when the design gets to the other side," he says. "That's the benefit of DFMA - you look at a design before it's released (to manufacturing) and get rid of a lot of waste."

Vranson's group, which designs pressure and flow switches deployed in aerospace and defense applications and in industrial use, got their feet wet with the DFMA software by starting with small projects, using what-if scenarios to examine small areas of a design. Engineers would experiment putting things together in a different way or integrating parts and utilizing different construction modes to eliminate parts. Even small gains on individual assemblies have big ramifications. Consider a valve assembly project where DFMA analysis took the number of parts down from 33 to less than half. But it wasn't just the part reduction that was a boon. "We were able to manufacture the valve assembly twice as fast; it was two times as fast to put together the new design and we could make twice as many as we could before just by making those changes to the configuration," Vranson explains.

In fact, ease of assembly is perhaps the biggest benefit of the DFMA program. "To reduce parts makes it easier to put together and if you look at what you do across the entire manufacturing enterprise, that's where you start to see traction," he says.

Beyond scaling the deployment of DFMA, having top management support of the program is critical to its success. At Whirlpool Corp., company management deemed DFMA as central to the firm's strategy to be the number one cost leader in all of its product categories at each of its price points, according to James D. Bolton, global lead, value engineering and DFMA. Years into the program, DFMA is now part of the company's staged gate process for product development and is used equally to redesign existing products as well as to optimize new product designs.

"The fact that the management team bought into this helped with a lot of the pushback we got which was typically around time," Bolton says. "You have to make sure you allocate the right people to the team and be respectful of their time. You don't want to burn them."

Raymond Corp., a maker of electric forklift trucks, learned that same lesson early on. The company has gradually cultivated use of the tool over the years from its initial role for helping product designs meet target costs and for negotiating with suppliers, to more recently, as a means to make existing and new designs more efficient to manufacture.

While it's been hard to capture exact savings realized by use of the tool, Raymond has saved nearly 20 percent on some of its larger projects, a result of letting the DFMA tool identify areas of improvement, according to Matt Miles, Raymond's supplier quality and development engineer. Today, both manufacturing and engineering are more accepting of DFMA. "We now have this internal phrase, `did you DFMA it?,'" Miles says. "It's become an expected part of the design process."