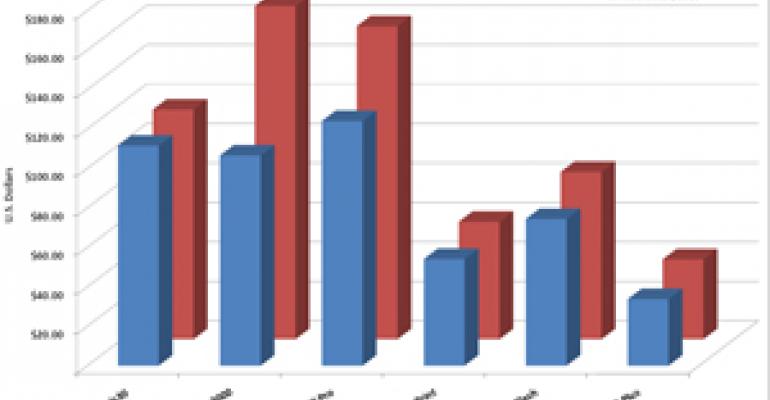 The benchmark measures the performance of Alaris30, Designjet 3D, ProJet SD 3000, SD300 Pro, uPrint, V-Flash and ZPrinter 310 Plus in terms of time, cost and quality.

"Our goal is to put real-world data in the hands of those interested in evaluating 3-D printers so that they can make informed decisions. In the report, we show which system has an effective material cost of $3.57/cubic inch and which has a cost of $25.05/cubic inch. The investigation also reveals discrepancies in time as large as 17 hours for a single prototype. These are details that are important to prospective users," says Todd Grimm, president, T. A. Grimm & Assoc.

To present all aspects of dimensional accuracy, 3-D scanning technologies were used to measure the 3-D printed parts. High-resolution white light scanners captured up to two and a half million points on each prototype. These dense data sets were then translated into color maps and statistical charts to visually describe part quality.

The report, which can be downloaded for free, is available here.
TAGS: Materials
0 comments
Hide comments
Related