HomeAutomationCan Massive MIMO Deliver on the Promise of 5G?
Recent
Automation
Will I See You at the Virtual 2022 RT-Thread IoT OS Global Tech Conference?
May 27, 2022
Novel Silk-Protein Eyed for Tendon Repair
May 27, 2022
NTT Data Powers Indy 500 Predictive Analytics
May 27, 2022
At NI Connect: More Companies Discuss Benefits of Test
May 27, 2022
POLL
Supplier News is Checking Out Programmable Automation Controllers
May 27, 2022
What's the Latest in Additive Manufacturing?
May 26, 2022
Top Gun: Maverick Roars into Theaters
May 26, 2022
New 3D Printing Technique Prints Glass for Microstructures
May 26, 2022

Can Massive MIMO Deliver on the Promise of 5G? 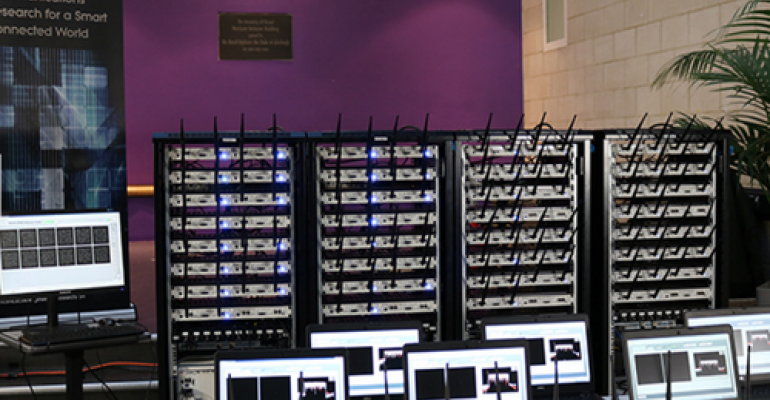 At an NIWeek 2016 keynote Wednesday Dr. Andrew Nix, dean of Faculty of Engineering at the University of Bristol and Dr. Ove Edfors, a professor at Lund University, took the stage to discuss the results of recent research showing the promise of Massive MIMO for delivering 5G.

Anyone who has been following the wireless space in the past year should already be familiar with 5G. The premise is simple. All of our demand for mobile data, streaming 4K video, autonomous cars, and all of the trappings of the Internet of Things (IoT) from smart factories to connect homes, is going to put a strain on our current wireless capabilities sooner rather than later. 5G promises to be the solution by delivering all of the speed, low latency, and high capacity that our increasingly connected world will demand.

The problem is no one has quite settled on a way to get there. And 2020, the anticipated year for 5G's rollout, will be here sooner than most of us would like to think. 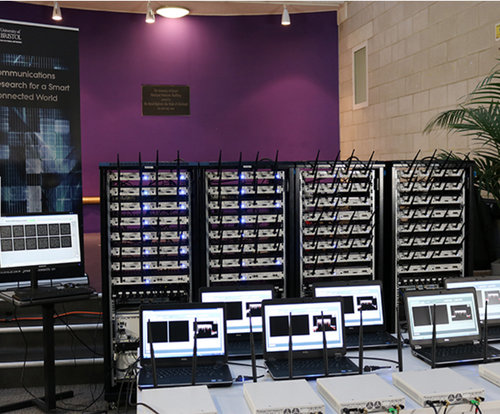 However, researchers at Bristol and Lund have demonstrated that Massive MIMO may be the answer. "Conventional [wireless] systems use time and frequency domains to share resources," Edfors told the audience. "Massive MIMO takes a step into the spacial domain." The result, he said, is a system that has better spectral efficiency and is also more energy efficient than current LTE (4G) technology.

Massive MIMO, which was introduced in 2010 in a paper published in IEEE Transactions on Wireless Communications, overcomes the problems of energy usage and interference by using a large number (64 or more) of antennas at the base station, allowing it to serve more users in a dense area while still staying in the confines of the radio spectrum. If implemented correctly researchers believe Massive MIMO will have a number of benefits from fewer dropped calls and dead zones for mobile users to better data transmission in various other applications including the Industrial IoT.

In an experiment conducted in May the teams at Bristol and Lund used a 128-antenna, real-time testbed to serve 22 simultaneous users over a single 20 Mhz radio channel. The result beat all previous spectral efficiency records -- achieving 145.6 bits/s/Hz (as a matter of comparison LTE operates at roughy 14 to 16 bits/s/Hz) as well as an aggregate data rate of 1.59 Gbps.

The research teams conducted their test using a first-ever MIMO Prototyping System, created by National Instruments (NI). The system, which is scalable from four to 128 antennas, is designed to pair with NI's new MIMO Application Framework software, allowing users to create small- and large-scale antenna systems and perform real-time MIMO-related operations such as channel estimation, precoding, and decoding. "The MIMO Application Framework that NI provided allowed our team to begin our work from an advanced starting point," Nix said. "And the seamless interaction between software and hardware let us move quickly from theory to real-world prototyping."

The next step for the researchers from both universities is to conduct more real-world testing of the Massive MIMO testbed. The University of Bristol will work in partnership with the city of Bristol to deploy a Massive MIMO testbed within the city limits and connect to Bristol's fiber-optic network for more testing around deployment and better communication methods with the technology.

The University of Bristol has released a video about its Massive MIMO study: