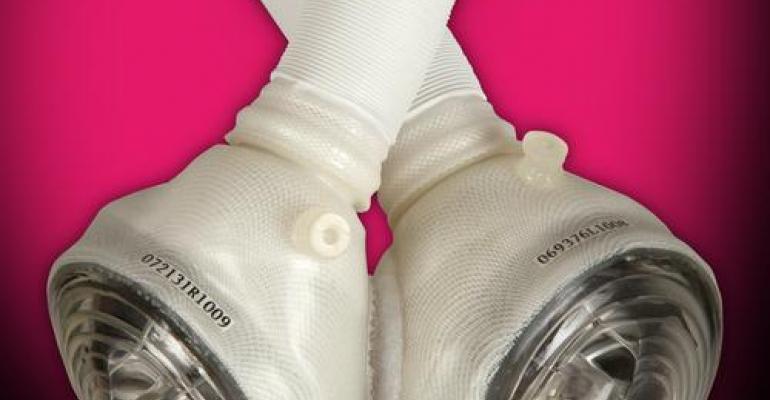 In the 1970s, the popular television series the Six-Million-Dollar Man featured a man who had been severely injured and then rebuilt with technology, giving him super-human powers he didn't previously possess. Fast forward to 2013, and a London-based robotics company has overseen the development of a Bionic Man in its own right, on a bit of a tighter budget.

The goal of the million-dollar Bionic Man -- the brainchild of London-based television production company Darlow Smithson Productions but built by Shadow Robot -- was to showcase the cutting edge in medical prosthetics and artificial technology to create as close to a living, breathing human as possible, James Pope, an assistant producer at Darlow Smithson, told Design News. "The idea was that by bringing it all together, these advanced parts, it was mankind's best shot of building one of its own and getting close to actually building a human being," he said. 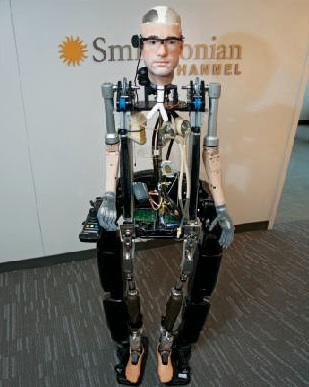 It also was meant to be a showcase for the bleeding edge of medical prosthetics and artificial parts, Rich Walker, managing director for Shadow Robot, told us:

Really the idea was to be able to show what is now possible. When we started doing the project no one really knew how much of a human body was replaceable. The goal was to build something that would show what these parts did and how much of a human is within the capacity of medicine to replicate and replace.

Roots in television
The origin of the Bionic Man came as early as 2010, when Darlow Smithson pitched a program about the latest and greatest in prosthetic and artificial body parts -- which seemed to be all over the news at the time -- to Channel 4 in the UK, Pope said. The channel liked the idea, and Pope -- who wasn't part of the company at the time -- was brought on due to a minor background in science.

Ultimately, Channel 4 aired a program about the making of the Bionic Man in February 2013. The Smithsonian Channel in the US also was keen on the idea, and is currently airing the Incredible Bionic Man program on television and on its website. The robot itself is on display at the Smithsonian Institute in Washington this month, and there are plans for distribution to television stations in Europe as well, according to Pope.

The sum of its parts
The Bionic Man, which has been given the moniker "Frank" -- short for "Frankenstein" -- by its creators, includes 18 unique prosthetics and artificial parts from more than a dozen companies, including skull, eyes, ears, trachea, heart, arms, legs, ankles, and knees. All of the parts are cutting edge and as close to the real human body parts as possible at the moment in the medical industry. The robot's heart, for example -- the Total Artificial Heart from SynCardia Systems -- is capable of pumping 2.5 gallons of blood per minute and can be used as a viable replacement for a human heart, said Don Isaacs, vice president of communication at SynCardia. "It replaces the exact same components in a heart transplant -- the left and right ventricles and four valves," he told us. "It does exactly the same thing as a human heart."

Putting together parts that were made for otherwise healthy human bodies into a machine did pose a bit of a challenge for the Bionic Man's designers, Pope said, particularly in making connections from the parts to a body that didn't have the usual human chemical or structural make-up. "I suppose the biggest challenge was trying to understand how parts that were designed to work with the human body could actually work together," he said. An example of this difficulty came when designers were hooking up the prosthetic hand -- the iLimb from Touch Bionics -- to the robot.