Apple Puts the Brakes on Its Automotive Ambitions 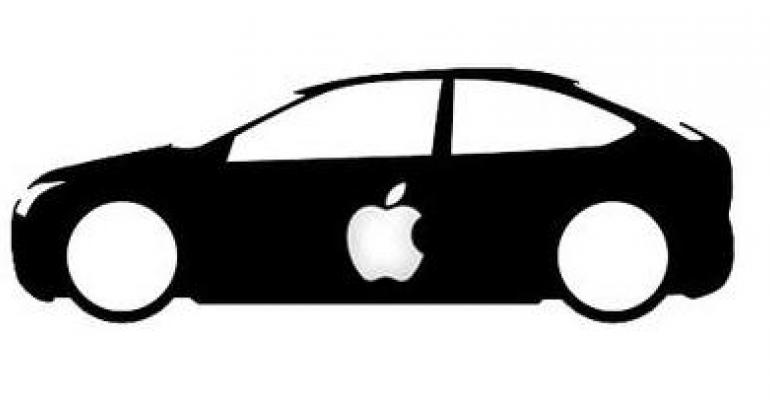 Bad news for die hard Apple fans. After years of rumors, it looks like the tech giant isn't going to be getting into automobile manufacturing after all. Citing anonymous sources from within the company, Bloomberg has reported that Apple has significantly scaled back its automotive initiative, codenamed Project Titan.

According to Bloomberg, hundreds of members of Apple's car team (estimated to comprise a staff of about 1,000) have already been laid off, reassigned to other areas of the company, or have left of their own volition over job security concerns. Rather than creating its own vehicle, Apple seems to be looking to sidestep all of the inherent logistical and regulatory issues associated with such an endeavor. Instead the company will be pivoting its automotive efforts into creating its own autonomous driving system, a move much more in touch with Apple's core competency based on its already existing CarPlay operating system for auto dashboards, not to mention the Mac OS and iOS for its computer and smartphone products. By creating its own autonomous driving system, the company could potentially partner with existing automakers or perhaps revisit its own automotive ambitions at a future date.

To be fair, Apple building its own product car has always seemed like a dubious prospect. Back in 2015, Apple fanned the rumor flames when it began to poach employees from Tesla (also sparking unfounded rumors that Apple was planning to purchases the electric vehicle manufacturer), as well as battery maker A123 Systems. Apple itself has never released a statement confirming or denying its intentions, but hiring such a large team suggests the company was at least looking to bring in expertise around car making for some purpose.

In an interview with Design News, Dean Frankel, research associate for Lux Research, correctly expressed doubt that Apple would be releasing its own vehicle. Brian Dipert, the principal at Sierra Media and Design News blogger, was also doubtful that the iPhone maker was prepared to take on the complexity of manufacturing a car. In a recent article he wrote:

"If Apple thinks its current supply chain situation is complex, wait until it starts sourcing and merging subsystems from dozens or hundreds of suppliers to begin building vehicles. Not to mention the necessary assembly lines (Tesla acquired an old GM/Toyota "NUMMI" plant in Fremont ... where will Apple get its factory?), incoming part and outgoing product warehouses, distribution systems, and sales showrooms (what does the company plan to do; retrofit Apple Stores?)."

According to Bloomberg's sources, Apple has given its car team until late 2017 to prove that a system for autonomous car would be a viable goal, at which point the company will make a determination on how to proceed. Such a task could be a tall order, however, as Bloomberg also reported that the recent Apple departures include "more than 120 software engineers working on a car operating system and testing procedures," including John Wright, a long-time manager at Apple who was the leader of the car software teams.

But should its system pan out Apple may have lots of potential partnerships on the horizon. Ford, for example, has already announced ambitions to release a fully autonomous car sometime in the next five years and analysts are predicting 50% market penetration for autonomous car by the 2040s. Like all of Apple's products, it seems the public won't have any real answers until the company is good and ready.