Solar-Harvesting Pavements Made from Recycled Plastic 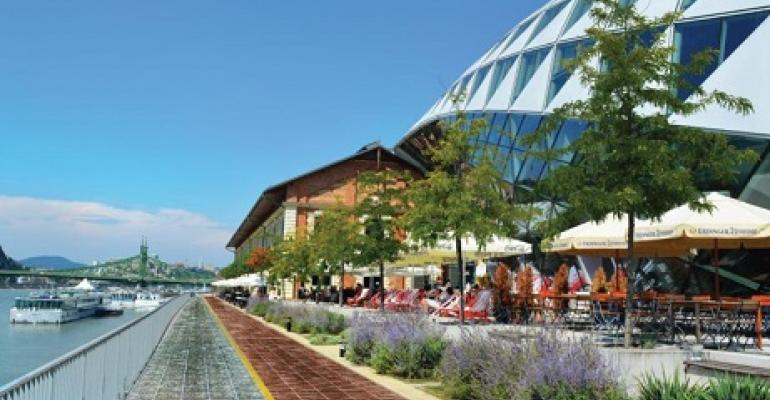 Recycled plastic is being integrating it into panels that can be used to pave sidewalks and other surfaces, generating solar energy

A Hungarian company has found a novel way to use recycled plastic by integrating it into panels that can be used to pave sidewalks and other outdoor surfaces, generating solar energy as well as providing electricity from other sources.

Platio, based in Budapest, has developed a connected system of rugged solar panels that can be installed in public places where people walk, such as sidewalks and squares, to generate solar energy, according to the company.

The system is comprised of monocrystalline silicon cells inside tempered glass and backed by recycled plastic to protect the panels from environmental forces and the pressure of people walking on them. The units are modular and connect without additional wiring by a power-line-based communication system that is installed along with the panels, the company said.

The panels come in different sizes and colors for a customizable look and installation depending on the application, according to Platio. The colors include green, red, and blue, and the panels can be installed in four pieces of six-inch panels per cell, or four pieces of five-inch panels, the company said. The cover of the system also can be designed with a natural stone, concrete, or other type of paving material depending on the desired look.

Platio envisions that the panels can be used to pave small regional areas and form a type of community grid that provides electricity to a neighborhood or city block. The company aims to provide next-generation alternative energy for urban and other residential environments in this way, its founders said.

Platio isn’t the first company to design durable panels for generating solar energy on paved surfaces. There are other companies that already have developed similar technology, minus the recycled materials. Solar Roadways, a project in Idaho, has developed solar panels for roads made of a strong textured and tempered glass, while The Wattway unit of Colas Group, a subsidiary of French corporation Bouygues SA has developed rugged silicon cells coated in resins and polymers for a similar purpose.

There also is a solar roadway comprised of concrete panels currently being tested in Krommenie, Holland, as part of a larger plan to see if these type of roadways are a viable option for use throughout that country.

Solar energy isn’t the only type of electricity Platio hopes to generate from the technology it’s developing. The company also is working on ground tiles that can harvest energy from footsteps of the people walking over them, similar to tiles already developed by U.K.-based company Pavegen. It also wants to use solar panels to cover various types of facades, the company said.

Platio also is working on a project it calls Infopavement, a holographic technology that can display images on its solar-powered paved surfaces to provide room for advertising, open up new channels of communication, and provide other services, the company said.