The power of modern mirrors 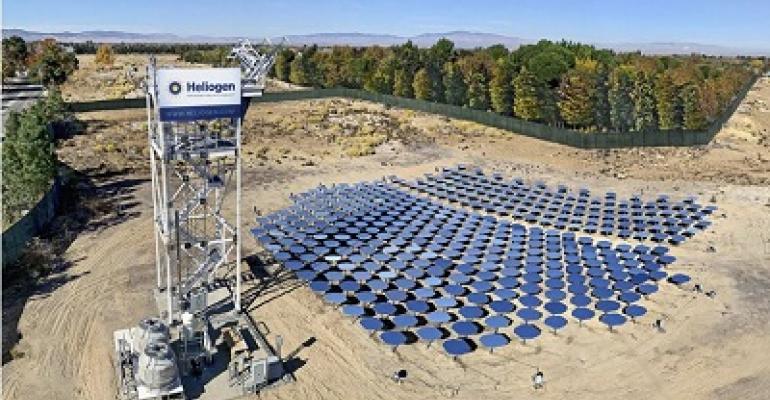 AI control of specially formed mirrors has helped 3D printing and may now eliminate the need for fossil fuels in major industries.

In ancient time, people worried that mirrors would steal their souls. Today, though, engineers believe mirrors may save the planet.

One of the amazing powers of mirrors is their capability reflect, redirect and even strengthen optical and laser light energy. Thanks to advances in semiconductor and artificial intelligence technologies, mirrors can perform these critical functions for the smallest of Micro-electromechanical systems MEMS devices (measuring a few micrometers to millimeters) to the larger macro world of solar panel reflectors. It is the later that is making news today in the guise of Bill Gates secret project with Heliogen. More on that shortly.

First, let’s delve briefly into the world of the micro to see how the control of tiny mirrors has led to greatly enhanced 3D printing.

Using micro-mirror and processors to modulate, control and steer light from high-powered lasers solves several of the problems faced by industrial 3D print systems. Chief among these challenges are that existing point-by-point 2D and 3D pattern generation can be time consuming and produce inconsistent results. Further, image patterns haven’t kept up with the complexity of designs due to lower resolution capabilities.

In addition, the micro-mirrored based system has the capability to increase and vary laser intensity according to the needs of the application.

This last point is critical for much larger macro applications as well. As hinted at earlier, increasing and varying solar intensity from concentrated solar power (CSP) type mirrors is the secret to yielding temperatures hot enough to create a solar oven, one supposedly capable of reaching temperatures one quarter that of the sun’s surface. Although these mirrors may look similar to traditional photovoltaic roof-top solar panels, CSPs have higher efficiencies, lower investment costs, and inherent thermal storage capacity.

Providing those kinds of temperatures – above 1,000 degrees Celsius – means manufactures have an alternate energy source to fossil fuels for the production of cement, steel, glass and other industrial processes. Concentrated free solar energy can now be used to replace heavy carbon-emitting traditional energy sources.

Until now, the problem has been generating the heat required to make cement, steel and glass. Consider the process of creating cement, which comes from the heating of a rawmix of limestone and clay to sintering temperatures in a kiln. Similarly, steel is made by heating iron ore with carbon. Finally, glass is created by heating ordinary sand (i.e., mostly silicon dioxide) at very high temperatures until it melts.

Obtaining the pre-requisite extreme heat from solar panels has been an illusive goal – until now. Heliogen, a secretive startup back by Bill Gates, appears to have achieved this goal with technology based on solar panel mirrors and artificial intelligence (AI).  The company has recently emerged from stealth mode to announce a way to have AI control a field of mirrors to reflect so much sunlight that it generates heat above 1,000 degrees Celsius. Heliogen reportedly combines computer vision software, automatic edge detection and other sophisticated technologies to train a field of mirrors to reflect solar beams to one single spot.

What happens when the sun is not shining? In that case, the required solar energy (heat) could be held in storage. This is the advantage of CSP panels. One way that high heat energy has been stored in the past is with molten-salt technology. Molten salts in large tanks have been used as a thermal energy storage method. It isn’t clear if this is the technique that Heliogen would use.

The biggest selling point with Heliogen’s approach is that sunlight is free, unlike fossil fuels that must rely on coal, oil or natural gas. This economic advantage, combined with the use of modern mirror and AI based technology, are good news for our endangered planet.