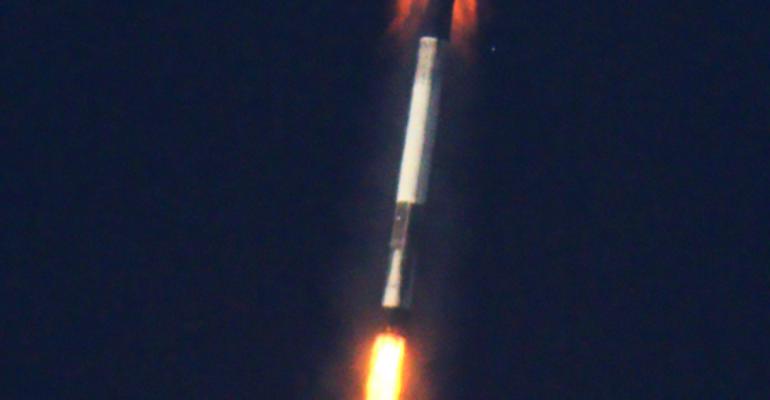 Start Slideshow ›
This is a successful mission that only looks like a failure.

Before flying the its first astronauts to the International Space Station, SpaceX needed to demonstrate the ability to abort its Crew Dragon capsule safely during a launch when something has gone wrong, as happened in 2018 with the Russian Soyuz, when a faulty sensor prevented correct stage separation.

The SpaceX test involved shutting off the first stage booster about a minute and a half into flight, shortly after passing through the "Max Q" point of maximum dynamic pressure on the spacecraft, and firing the Dragon's abort engines to pull the capsule clear of the Falcon 9 booster.

Doing so exposed the booster to supersonic aerodynamic forces without the Dragon serving as a nosecone, and it quicky broke up, producing a dramatic explosion after the Dragon was a safe distance away. Video of the event was captured by a NASA WB-57 chase plane flying off the coast of Cape Canavaral.

The Soyuz astronauts experienced an unpleasant 6.7 gs of deceleration on their return, but SpaceX reported that its Crew Dragon encountered a more comfortable 3.5 gs during this test. The successful completion of the test suggests that a crewed Dragon will fly to the space station within the next couple months.