3D Printing in Aerospace Is Mostly About Metals

The leading, bleeding edge in 3D printing end-production parts for aerospace is all about metals and mostly about rocket engines.

The last couple of years have seen rapid advances in the 3D printing of flight-qualified end-production parts for mission-critical aerospace applications. Lately, it seems like everyone is getting into the act, whether by inventing and reformulating their own internal methods and materials or collaborating with others for R&D projects to advance additive manufactured end-parts.

Components of satellites and rockets are the poster children for these efforts, especially those that must perform consistently at extremely high temperatures, well above a material's melting point. Because these use cases represent the technology's bleeding edge, if it's possible to make consistently performing rocket engine components with 3D printing and additive manufacturing (AM), then a big chunk of the challenges associated with end-production of metal parts has been solved, and not just for aerospace. 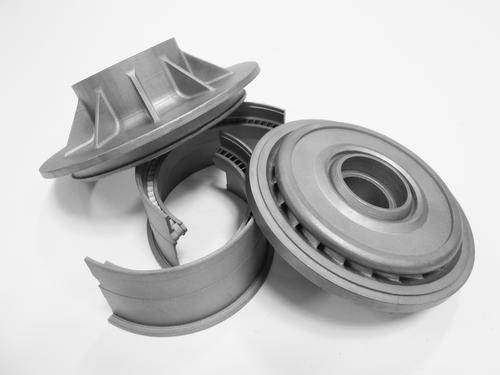 NASA has multiple metals 3D printing projects going, at several different facilities, with many different aerospace companies. Its Marshall Space Flight Center, for example, is leading the development of the agency's Space Launch System (SLS) program to build a heavy-lift launch vehicle for carrying astronauts and payloads into deep space. The center is investigating metals AM and 3D printing, such as EOS' DMLS (direct metal laser sintering) process, for building rocket and propulsion hardware, in particular the engine injector and its fuel nozzles.

One supplier NASA Marshall has worked with for this R&D is AM service bureau Stratasys Direct Manufacturing (SDM). "A couple of years ago, there wasn't a wide level of interest from the rocket community in doing AM," said Phillip Conner, SDM's manager of DMLS, who headed the company team working on the injector. "But one of the biggest things they do at Marshall is the front-end R&D to prove the viability of the process. Then they share that information with industry, to show it's a worthwhile endeavor to pursue in terms of time and resources. Today, we're working with several different companies based on the work Marshall did and what they've proven, combined with the latest generation of materials we're developing."

Conner said SDM is concentrating its current materials development effort on taking alloys typically used in conventional machining over to additive processes. Although many metals are readily available now for machining, few have been transitioned into powders that can be used for AM. The 3D printing industry, overall, is looking at copper-based alloys for aerospace designs, as they are preferred for the firing nozzles because copper works best with the fuel mixtures in those engines.

Last year, NASA achieved another first in aerospace AM by 3D printing a full-scale rocket engine component, a combustion chamber liner, entirely out of copper. Copper's heat-conducting abilities make it harder to work with: the powders in selective laser melting (SLM) processes like NASA's don't melt easily in the continuous way that’s needed, so very few copper rocket parts have been made with AM methods. 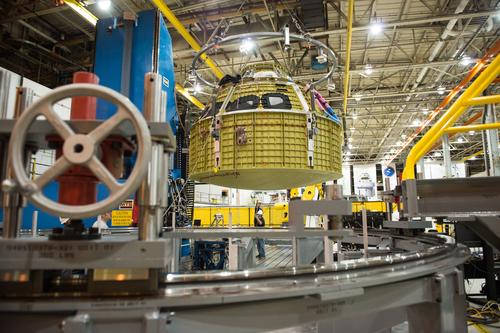 Beyond the more typical alloys, there are always investigations into new alloys for a variety of applications, Conner said. Steels are a big focus for materials overall, since there's a need for much harder materials than are currently available for 3D printing, although those are geared toward oil & gas.

For SDM, results of the two-year project with Marshall Space Flight Center include the ability to do larger, heavier parts in more exotic alloys and more streamlined post-processing, as well as developing outsourced vendors in areas such as specialty heat treating and isostatic pressing, Conner said. "In parallel, we are developing and bringing in-house as many processes as we can, like CNC equipment, as well as coordinate measurement machines and a full metrology lab."

There's still some post-processing work needed, but the vast majority of customers are building these parts in days or weeks versus months. These results will benefit the development of manufacturing with DMLS beyond aerospace.