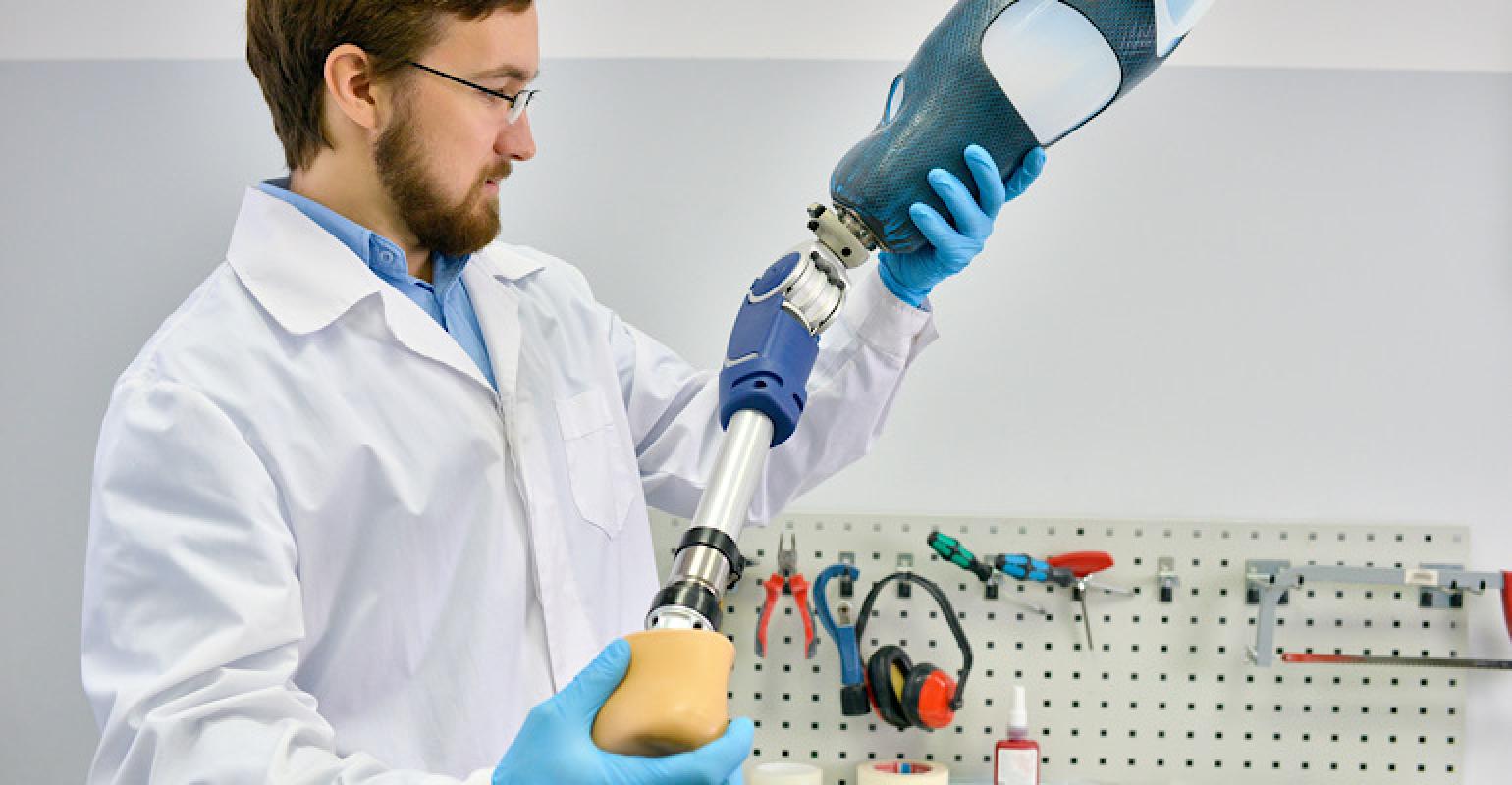 Courtesy of MicroCare Medical
The most common use of metal 3D Printing is to make simple manufacturing support items like jigs, fixtures, and other machine tooling. But it is also used for small-volume runs of very complex parts and intricate surgical instruments.

Metal 3D printing, a subset of additive manufacturing, is gaining traction with medical device manufacturers today. They use metal 3D Printing in a variety of ways. The most common is to make simple manufacturing support items like jigs, fixtures, and other machine tooling. But it is also used for small-volume runs of very complex parts and intricate surgical instruments. Or to make highly-customized medical devices such as bone grafts, orthotics, and prosthetic limbs.  In addition, device makers turn to metal 3D printing when security is a concern. Rapid in-house 3D prototyping, means device designs are never publicly shared, helping to ensure the confidentiality of their innovative new designs.

There are many types of metal 3D printing methods used today. However, many designers choose binder jetting because it is less expensive, faster, and easier-to-use than other methods. Binder jetting builds a part out of fine metal powders and binders. It creates the part on a powder bed by depositing alternating layers of metal powder and binders.  The part builds, in thin horizontally progressive layers, until it reaches its final shape.

The part is thermally sintered at near melting temperature. This burns off any remaining binders and bonds the metal powder to its solid mass state, typically 96-99.8% density. After that, the part is post-processed using standard finishing techniques like sanding, painting, or coating.

In some shops, part debinding typically happens inside a vapor degreaser using a specialty debinding fluid. Dunking a part into the fluid or holding it inside the fluid vapors, dissolves the binders and transports them away from the part.

Part debinding is a straightforward process. However, it is important to get the details right for the best possible end product. The debinding fluid must discriminately remove some of the binders, but not all, to ensure the part maintains its structural integrity. To achieve this, the physical properties of the debinding fluid are important. Here is what to look for:

Correct strength: The debinding fluid should be aggressive enough to selectively remove the right amount of binders yet still maintain the part’s integrity.

Good materials compatibility: The debinding fluid should be safe to use both with the metal powders and the binders to safeguard the formed part.

Low toxicity:  Modern debinding fluids do not use n-propyl bromide, methyl pyrrolidone, polyethylene glycol, heptane, or trichloroethene which all carry serious health and or environmental concerns.

Nonflammable: Nonflammable debinding fluids are safer for workers and do not require specialty fire or explosion-proof equipment.

Regulatory compliance: Most modern debinding fluids are not a hazardous air pollutant (HAP).  Many do not require National Emission Standards for Hazardous Air Pollutants (NESHAP) permits.

Safe for workers: The PEL (Permissible Exposure Limit), or OSHA-designated time limit that workers are exposed to a solvent, is about 200-250 ppm for modern debinding fluids. This is significantly better than TCE (100-ppm PEL) or nPB (0.1 ppm PEL).

Metal 3D printing for the future

Metal 3D printing is changing quickly. Until recently it was used just for prototyping or low-volume runs because it was too expensive and too slow for mass production. But as a wider selection of part materials become available and as new software and hardware evolve, more companies are using metal 3D printing for higher production runs of medical devices. In addition, using modern debinding fluids brings operating efficiencies, cost savings and better environmental sustainability to the metal 3D printing processes of the future.

Work with an Expert

Debinding fluid is an important tool for successful 3D printed medical device manufacturing. Fortunately, there are a number of good modern debinding fluid choices that not only debind effectively but are also safer for people and gentler on the planet.  Companies looking for help in determining the right debinding fluid or method should consult with a critical cleaning partner that specializes in vapor degreaser debinding. Some fluid manufacturers have field engineers that conduct on-site audits to evaluate debinding methods and can also perform comprehensive in-lab tests with sample parts to ensure which debinding fluid works best.

Venesia Hurtubise is a Technical Chemist at MicroCare Medical which offers medical device cleaning, coating, and lubricating solutions. She has been in the industry for more than 5 years and holds an MS in Green Chemistry from Imperial College London. Hurtubise researches, develops, and tests cleaning-related products that are used on a daily basis in medical and precision cleaning applications. For more information, visit www.microcaremed.com.

Additive Manufacturing Growth and the Impact of COVID
Aug 06, 2020