FRESH Takes Bioprinting to the Next Level 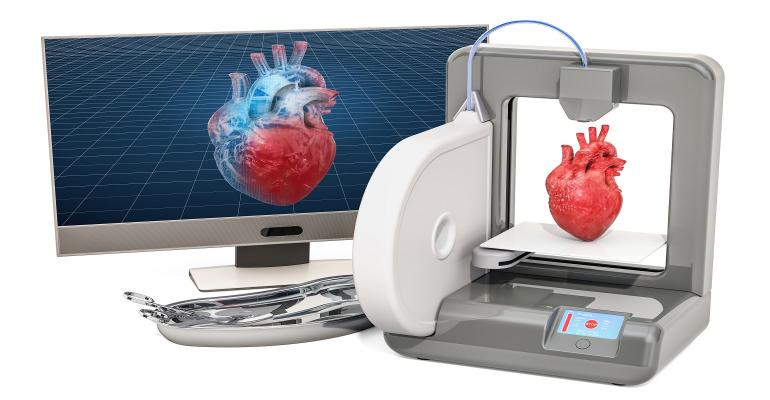 The technology, which is being commercialized through a Carnegie Mellon spinoff company called FluidForm, paves the way for fabricating complete artificial organs.

Researchers are taking steps forward to advance an approach to 3D bioprinting that scientists think one day has the potential to facilitate the fabrication of entire human organs.

Scientists at Carnegie Mellon University (CMU) developed the Freeform Reversible Embedding of Suspended Hydrogels (FRESH) 3D-bioprinting approach to solve a key problem with how most bioprinting had been done previously, they said.

Related: 3D Printing and the Future of Agile, Personalized Healthcare

The team also has formed a spinoff company from CMU called FluidForm to advance the platform, developing a commercial version of the FRESH support material called LifeSupport that is already being sold through major bioprinter manufacturers such as Allevi and Cellink. 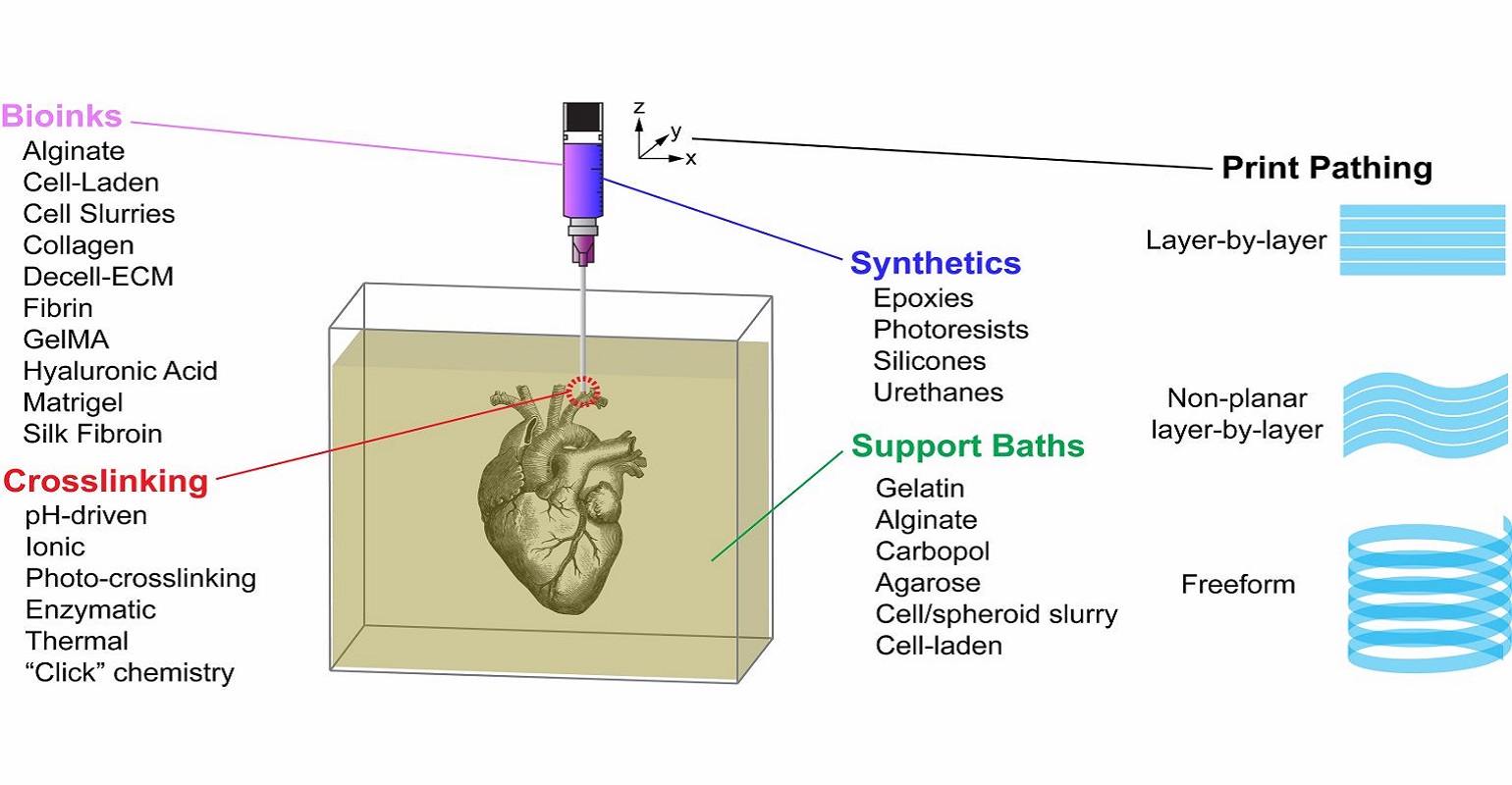 Related: 3D Printing Process Creates Objects Made of Both Liquid and Solid Materials

Prior to FRESH, most bioprinting was done by using a solution of biological material or bioink loaded into a syringe pump extruder and then deposited in a layer-by-layer fashion to build the 3D object. However, this method resulted in a loss of material fidelity, making it unrealistic to fabricate functional adult-sized tissues and organs for transplant in this way.

FRESH solves this problem by printing within a yield-stress support bath that holds the bioinks in place until they are cured, Adam W. Feinberg, professor of regenerative biomaterials and therapeutics at CMU and one of the creators of FRESH told Design News.

“The support bath holds soft and delicate materials in place during printing, this enables us to print with the highest resolution and the largest size (volume) of a bioprinting technology,” he said. “We recently showed that you can print as large as full-scale adult organs.”

FRESH supports a nondestructive print release by warming up the ink to 37 degrees Celsius to gently melt the support bath at body temperature, Feinberg said. “Everything is done within the narrow temperature range required for living cells to remain viable,” he told Design News.

Moreover, by printing in a support bath researchers are printing in a controlled chemical environment, Feinberg told Design News. This allows for control over the crosslinking chemistry for a wide range of bioinks, making the platform flexible, he said.

“With FRESH we can print a wide range of cell types and biological materials, including collagen and other extracellular matrix proteins that make up most tissue in the human body,” Feinberg said.

A recently published paper by Feinberg and colleagues in AIP Bioengineering outlines how FRESH can be used for advanced tissue biofabrication, such as complete organs that use living biomaterial.

A separate paper published in the journal Science in 2019 detailed how FRESH was used to develop a biologic heart valve for transcatheter delivery and a miniature human ventricle as a tool to replace animal models. The application could accelerate the speed and reduce the cost of pharmaceutical development and help identify new drug candidates to treat cardiovascular disease.

Feinberg and his team also have taken steps to share their technology and ensure as many scientists can use FRESH as possible by releasing modifications that they make to the bioprinting system they use as open source, he told us.

Feinberg said he was inspired to do this because when he started his research lab in 2010, obtaining a bioprinter was so cost-prohibitive that the lab bought an early open-source-based MakerBot and modified it into a 3D bioprinter.

“This worked amazingly well, and over the past six years we have continued to refine the design and improve the performance of the system,” he said.

The team also runs a first-of-its-kind workshop at CMU where researchers come, build their own open-source 3D bioprinting, and then get to take it back home to their own labs, Feinberg told us.

“We are big proponents of open-source hardware and software in our research,” he said.

More information about the open-source aspect of FRESH can be found online, Feinberg said.