Recent
Overcoming the Blind Spots in Hemodynamics Monitoring, Beat by Beat
May 25, 2022
Schwab Commemorates 1979 Tech Upgrade with a Custom Firebird
May 25, 2022
AAA Testing Highlights Automated Driving Failures
May 25, 2022
Top 10 Semiconductor Suppliers of 2021
May 25, 2022
POLL
Strategies to Reduce Noise and Vibrations in Vehicles
May 25, 2022
NI CEO Says Data and Testing Key to Future Technology Success
May 25, 2022
NASA Space Missions: To Infinity and Beyond
May 25, 2022
Rivian Patents Automated EV Charging Connector
May 24, 2022 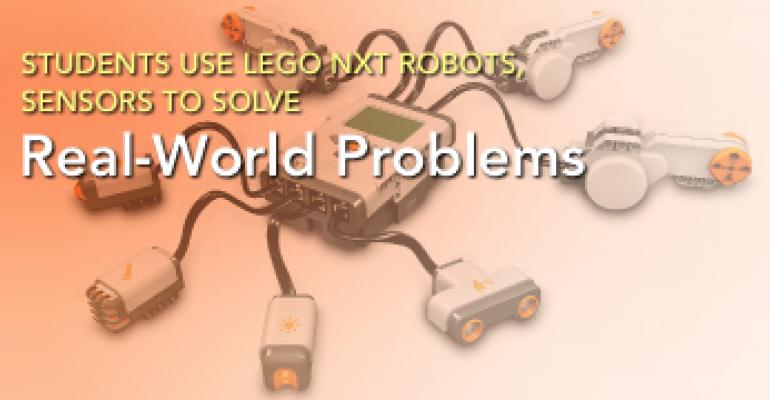 The future great engineering minds are still only in elementary school, but they are already learning some basic programming skills to come up with ways to combat climate change and other environmental issues impacting the planet.

The Insta-gators of Gattis Elementary School in Austin, Texas - a team of third-, fourth- and fifth-graders, all with different academic abilities - used LEGO MINDSTORMS NXT to build a robot named Murphy, and beat out teenagers in the recent qualifying round of the local First LEGO League (FLL) competition. The team took second place in "presentation" at the Central Texas championship in January.

Coach Mary Dubois says Murphy was tasked to solve a real-world problem - in this case, climate change. "Their solution was gathering CO2 from trash emissions from dump sites, freezing it, putting it in missiles and sinking it to the bottom of the ocean," she says. "This competition is unbelievable. The kids had to compare their city to another city and find a solution. We invited engineers to come in and talk to the kids, we did conference calls from weather stations, and we had them watching TLC and the Discovery Channel. They spent three months doing their homework. They had to do more than just looking up information on the Internet."

Introduced in 1998, LEGO MINDSTORMS is a line of LEGO sets that include programmable LEGO bricks with electric motors, sensors, and mechanical parts such as gears and axles. The devices are programmed using LEGO NXT, which is modeled after NI's LabVIEW software, a graphical programming language used by engineers and scientists to develop measurement, test and control systems using intuitive graphical icons and wires that resemble a flowchart.

NI tries to get students as young as 7 years old ready for college and the workforce, according to a company spokeswoman, which is why the LEGO systems are so advanced. "These kids are not just playing a game - they have employment potential," Dubois says.

Insta-gator Coach Daniel Brillhart, who is also Gattis' Gifted and Talented program teacher, started an after-school robotics program a couple of years ago and it has taken off. There is so much interest in the program, he says, that this school year there will be two teams from Gattis entering the First LEGO League competition. According to Dubois, students in the program come from classes ranging from special education to gifted and talented.

"It was an awesome group. They had scheduled meetings on Tuesday and Thursday, they came on Saturday multiple times and a couple of days during Christmas break," Brillhart says. "The week before the qualifying and championship matches, we had kids up there every single night. They just poured their hearts out."

Not only do students learn about robotics and how to work with real-world equipment, a major part of the First LEGO League focuses on "gracious professionalism." "It is about actively helping each other and learning from each other," Brillhart says. "It doesn't matter if you are on the same team or not."

Dubois says teams cheered each on, and if one team lost an arm off a robot, another team was offering their own parts to help fix it.

"(The judges) look at your machine," she says, "but you also have to work as a team. You have to have team spirit and camaraderie."

Gavin Matthews, an Insta-gator and Dubois' son, will rejoin the team when he enters fourth grade in the fall. "Murphy was an award winner, he has a lot of parts that you could take off and put on," he says.

He says the team used one sensor for Murphy, a touch sensor, which made the robot move when it was touched. "He had a ball instead of a wheel so he could move more easily." Matthews says.

Jordan Colglazier, an Insta-gator who will be entering the fifth grade, said the project was hard work, but a lot of fun. "It was worth it," she says.

Brillhart says the two new teams will soon begin work on a new project and expect to enter the FLL qualifying round in November. The winning team will advance to the championships, which will be held in January.

Dubois says the two teams will learn about the upcoming challenge in September. They know it will surround the topic of transportation, but they do not yet have specifics. Brillhart says no matter what the challenge, the latest robots will include more than one sensor. "I want them to understand how to use sensors and how they make life a little easier," he says. "I want them to use ultrasonic and light sensors more."