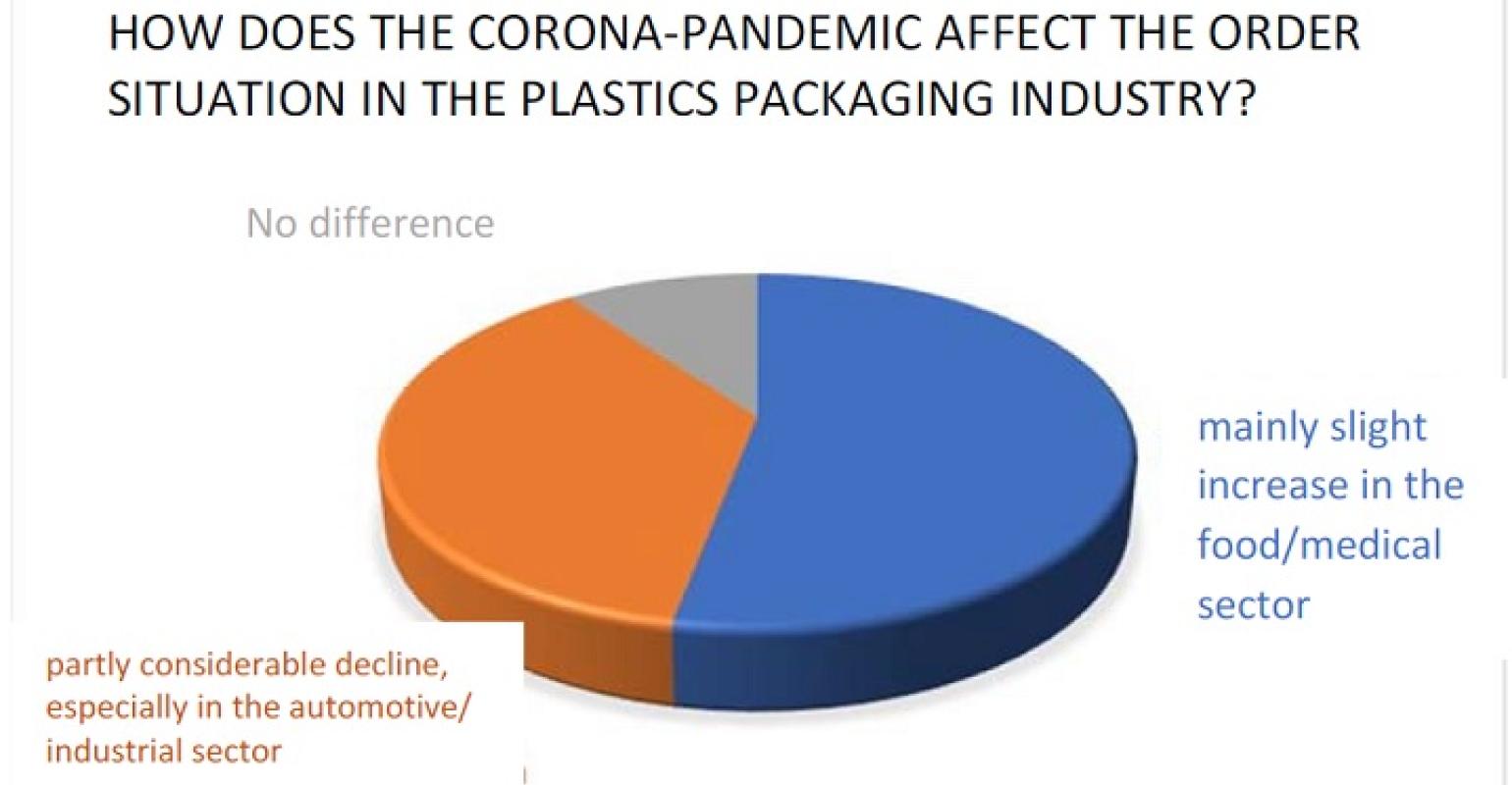 Despite reduced hours and staff shortages, IK study shows that packaging is less affected than other plastics processing sectors.

The IK Industrievereinigung Kunststoffverpackungen, based in Bad Homburg, Germany, asked member companies in a survey at the end of April for a status report on the effects of the coronavirus (COVID-19) pandemic. On May 4, the group released the results drawn from more than 120, mostly medium-sized companies. It shows how differently the manufacturers of plastic packaging are affected: While the manufacturers of system-relevant packaging for food, pharmaceutical, and medical products are in some cases reaching the limits of their capacity, suppliers to the automotive industry in particular are confronted with a considerable drop in demand. 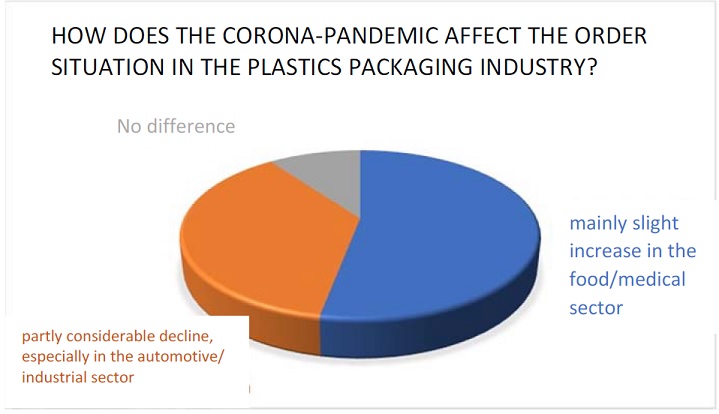 Across all segments, 37% of the companies stated that they had fewer orders compared to March. A quarter of all companies even reported declines of more than 20%. In contrast, a good half of the companies reported an increase in orders in April, although mostly in the range between 10 and 20%.

The report on the situation of plastic packaging manufacturers in Germany shows how differently the crisis is affecting the industry," comments IK General Director Dr. Martin Engelmann on the survey results. "While in particular the manufacturers of packaging for food packaging are working under high pressure to secure supplies for the population, the demand for packaging in the industrial sector as well as in the gastronomy sector has dropped, in some cases dramatically.”

"After frequent panic buying in many places in mid-March, less food and daily necessities are now being stockpiled again. However, the demand for hygiene and cleaning products remains high," explains Engelmann.

According to the survey, just less than 80% of the companies are able to fulfil the orders received, yet around half reported corona-related restrictions. First and foremost is the lack of personnel. Here, the main differences between consumer and industrial packaging manufacturers become apparent: Almost 40% of the companies report a shortage of personnel, while almost 25% had to introduce shortened pork hours. 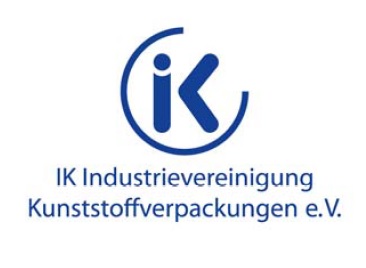 "As bitter as the introduction of short-time work may be in individual cases, a comparison with other sectors of the plastics processing industry as a whole shows that packaging is less affected,” explains Engelmann.

Engelmann considers it surprisingly positive that more than a quarter of the respondents did not record a single coronavirus-related loss of personnel.

"Overall, the number of employees who are ill or in quarantine or who cannot come to work because of childcare is relatively low in an international comparison," he explains. A good third of the respondents report sick leave rates of less than 5%, and less than a quarter of up to 10%.

"What unites all manufacturers of plastic packaging is the high level of commitment and team spirit within the workforces,” he adds. Engelmann emphasized the commitment of many companies in the fight against the virus.

In fact, many IK member companies report on how they are contributing to the fight against the pandemic outside the normal course of business. The focus here is on plastic products such as bottles and bags for disinfectants, respirators, protective films and visors. However, the industry is also noticing that consumers' view of plastic packaging has changed during the crisis.

"The function of the packaging, i.e. the hygiene and protection of the product, is being perceived more strongly again. We hope that this will contribute to a more objective discussion about plastic packaging in the future," says Engelmann.

Designs for Living with COVID-19, from the Sublime to the Ridiculous
Jun 03, 2020

NFL Prototypes Face Masks to Protect Players from COVID-19
May 21, 2020