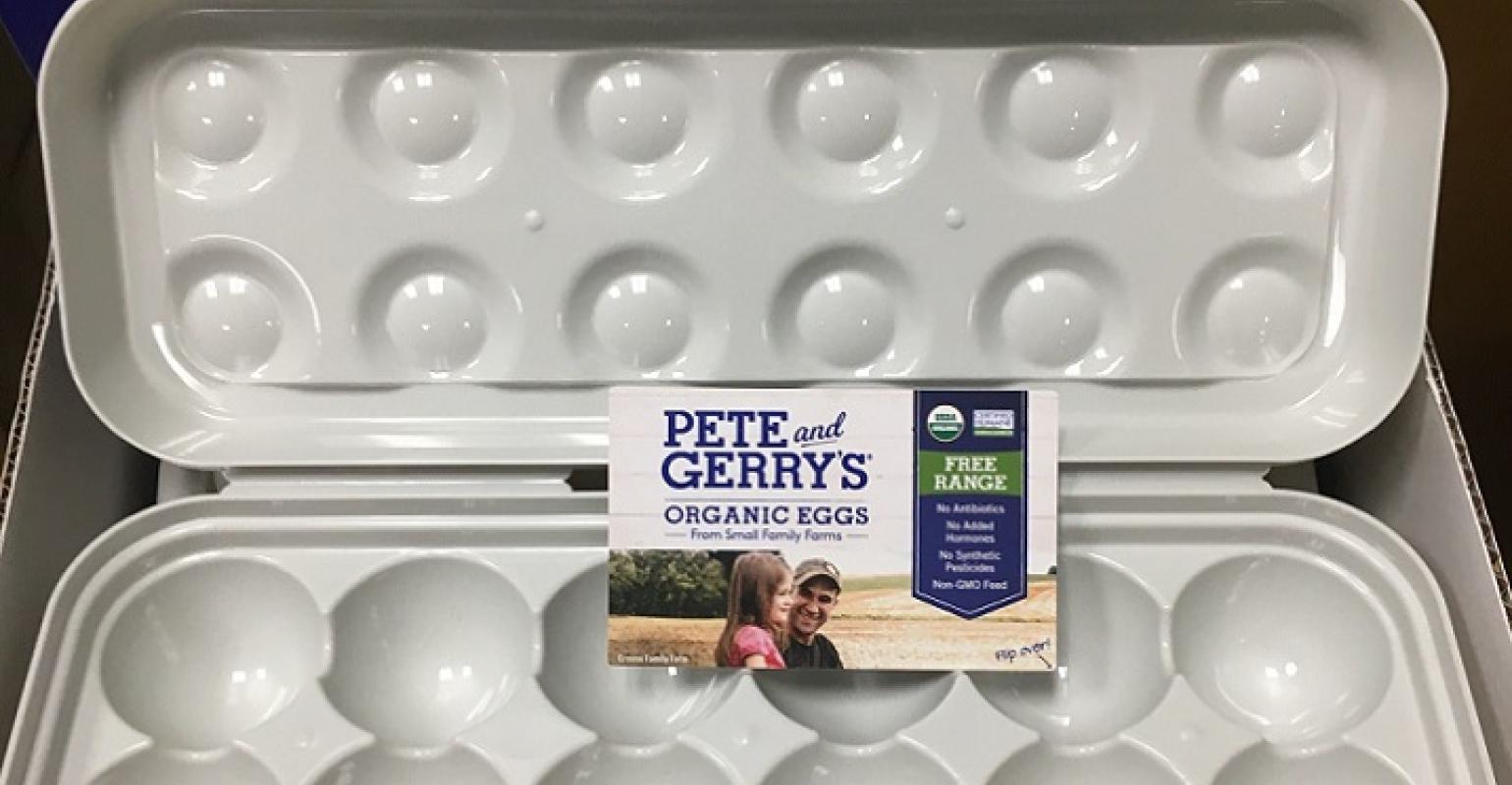 Thinking “outside the carton” is how Pete and Gerry's Organic Eggs has proven itself an exceptional packaging innovator in introducing the industry’s first reusable egg carton. 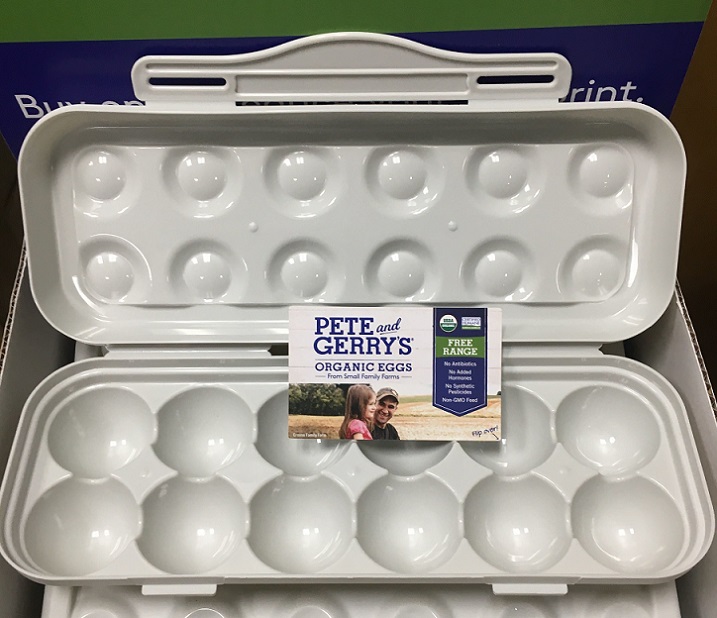 The egg brand goes big and goes it alone in launching a test into retail, relying solely on its own know-how and select partners that include Hanover Co-op Food Stores in New Hampshire and Vermont where the pilot was launched in December.

A few key facts to know about what the refillable polypropylene carton brings to the table:

"While we are confident in the sustainability of our current carton, which is made from 100% recycled PET and has less environmental impact than the [expanded polystyrene] or molded pulp cartons used by conventional egg brands, we continue to challenge ourselves to find even better ways to improve our environmental stewardship,” he says. “Reusable cartons are a logical next step in our ongoing commitment to sustainability, moving consumer behavior from recycling to reuse a step up in the Reduce-Reuse-Recycle hierarchy. As many other major consumer packaged goods companies, we recognize that reuse is even better than recycling, and we’re proud to be at the forefront of this growing movement to help reduce the impact of packaging on the planet.” 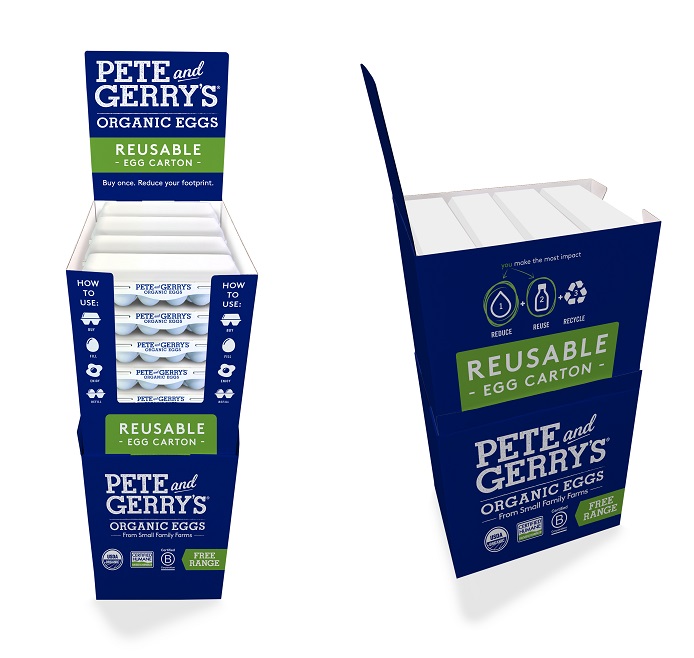 The reusable cartons are made of white-pigmented PP that can be washed at home and reused repeatedly. Laflamme declines to identify the carton supplier.

“While the program is still in the pilot phase, the cartons are designed to be extremely durable, and have been thus far,” Laflamme tells PlasticsToday. “The goal is for them to withstand trips to the grocery store for years to come! We hope to have more data around its longevity as the pilot continues.”

There’s also a reason why new cartons are white, rather than clear as with the single-use rPET carton.

“The white variation made the most sense for low-volume production,” Laflamme explains. “We’re excited to have the chance to explore other options when we begin scaling up.”

Next: Shopping bags, payback and plans

He discloses there were two major concerns, the first of which was transporting, protecting and presenting the loose eggs. The brand closely worked with the co-op to ensure the packaging meshed with their operations.

The other concern was convincing retailers to supply the space for the educational display that houses the reusable carton. However, buy-in was gained because “this was perceived as very exciting innovation in a category that has traditionally been starved for innovation,” he reports.

“We designed it so that it fits in the facing of a traditional egg carton,” Laflamme says, “and it is recycled by the stores after use. Eventually, we would like to make all aspects of this program reusable including the egg shipper.”

While the reusable carton is the centerpiece of the program, the bulk display packaging plays an equally fundamental role. Made of recycled cardboard corrugate, it has a tearaway front panel that enables consumers to easily access the bulk eggs.

The loose eggs are sold at a discount, allowing the reusable carton currently priced at $2.99 apiece to pay for itself over time, further incentivizing shoppers to participate. “Consumers recoup the carton’s cost after six trips,” Laflamme points out.

When asked who their target consumer is, Laflamme responds, “Everyone! Eggs are one of the most widely consumed, affordable and nutrient-dense foods on the market. The more people we can convert to choosing reusable cartons to lessen our environmental impact, the better. Until then, we encourage consumers to recycle their cartons or participate in our carton Take Back Program.”

The brand is already positioned to convert mores consumers to refill cartons.  After receiving strong, positive feedback already, the brand is hatching bigger plans, Laflamme says. “We plan to expand this program throughout 2020 to reach even more consumers and amplify the program's impact nationally with major retailers clamoring for this type of sustainable innovation."

Recycling Industry Has Central Role to Play in Rebuilding US Economy, Says Recycling Partnership
May 27, 2020