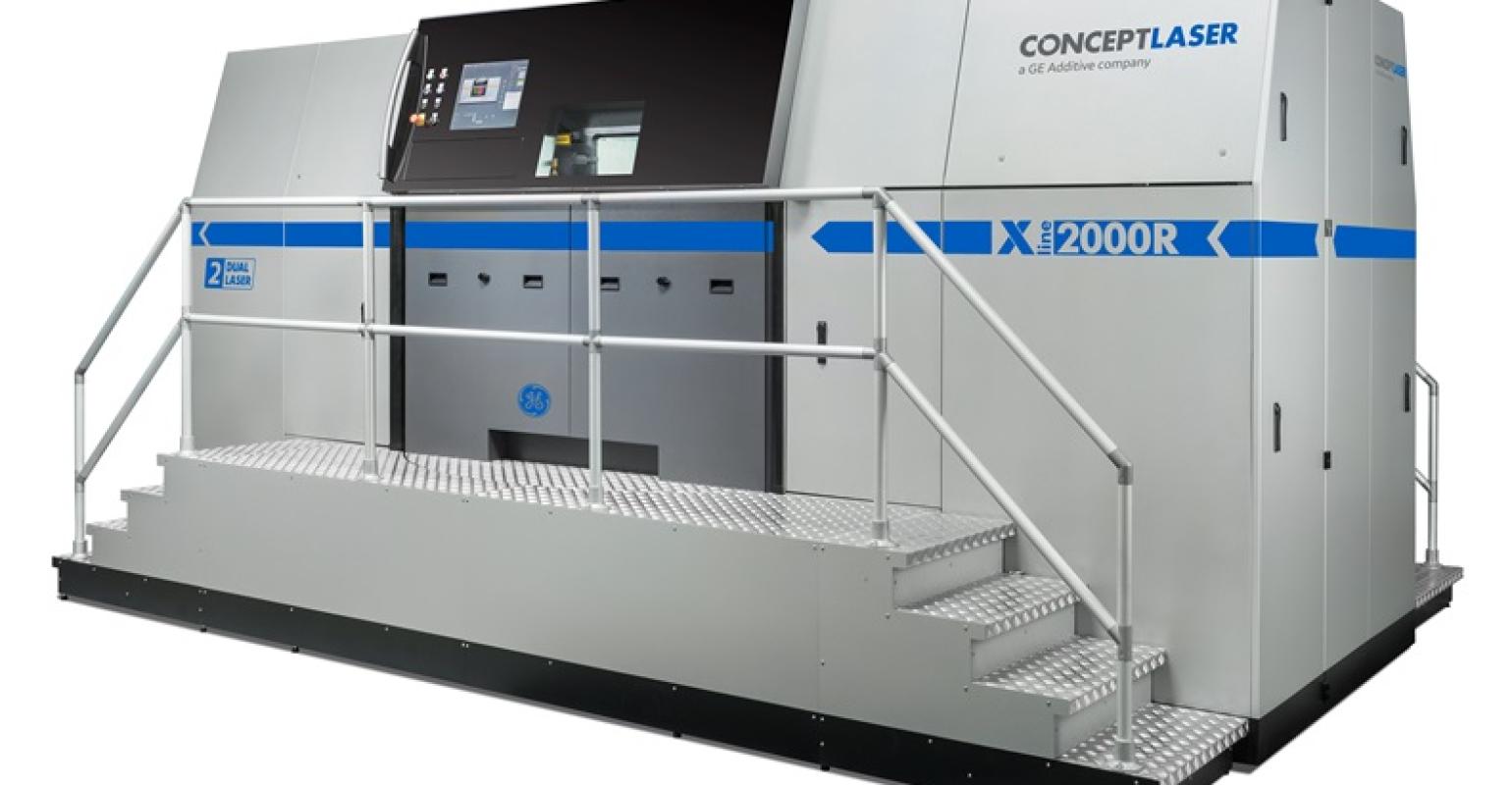 If you could create an engine without restrictions, what would it look like?

A gigantic new metal additive manufacturing system at Roush Industries may finally give engineers a glimpse of 3D printing’s ultimate potential in the auto industry.

The new system, an X Line 2000R 3D printer from Concept Laser GmbH, could enable automakers to build radical new test versions of engines, transmissions, and other large components that could previously only have been built by conventional means. By doing so, it could allow OEM engineers and suppliers to consider concepts that they couldn’t previously. “Now they can ask, ‘If we threw out all the rules, does this engine block need to look this way?’” noted Brandi Badami, business development manager for Roush Industries. “’Does it need to be manufactured this way? If we wanted to build the best engine we could without restrictions, what would it look like?’”

The X Line permits engineers to think in such ways because its build-envelope (32” x 16” x 20”) is unlike anything that has preceded it in metal additive manufacturing. Measuring approximately 17 feet long, the machine is so big that it couldn’t be transported by air; Roush instead had it shipped from Germany to the US by boat. The machine includes two staircases, work platforms, a cooling system, and a material handling system.

As a result of its size, it allows automotive engineers to create 3D-printed engine blocks and large transmission parts, as well as suspension components, chassis components, driveline components, and heat exchangers. It also enables them to redesign multi-part assemblies – integrating them into large single-piece components. Roush Industries, a service bureau that does design and manufacturing work for the auto industry, has already used the machine to incorporate a specialized cylinder head onto an engine block. Badami said the company has more such projects in the works.

“A lot of companies have been embracing additive manufacturing in the last few years, but they’ve been restricted by the size of the build envelope,” she told us. “Now they can consider the components they couldn’t before.”

Badami said the initial, obvious application for the machine is in test. “You can print an engine block and test it before you spend all your time with casting tooling,” she told Design News. “In conventional manufacturing, if there’s an engineering change, it’s expensive and time-consuming to change casting tooling. Here, you can work out the product development up front, before committing all the time and money to tooling.”

In the process, engineers are able to try new ideas, she added. Complex geometries, such as corkscrews, baffles, and tight channels, could be added to an engine block as a test.

To date, the X Line machine has been employed for the creation of aluminum parts using an AlSi10Mg aluminum alloy. Parts produced with the system reportedly exceed or are equal to conventionally manufactured aluminum parts—both in terms of mechanical properties and dimensional tolerances.

Badami said that automotive OEMs have been anxious to employ such ideas for several years, but have been deterred—not only by the small build envelopes, but by the low-volume nature of 3D printing. “Medical and aerospace have perfect (production) volumes for additive manufacturing,” she said. “But in automotive, you have millions of parts, so a lot of engineers haven’t considered it. Now, though, the machines are getting bigger and faster, so automotive has the opportunity to catch up and use this technology.”

Roush Industries, a sister division to Roush Performance, knows the auto industry well. It provides expertise in design, engineering, test, assembly, machining, inspection, and manufacturing to automotive, as well as to the aerospace, consumer, energy, and entertainment industries. The company also has 15 years of experience with 3D printing.

Initial expectations for the new 3D printing system in automotive are mainly for test and low-volume applications, Badami said. But that could change over time. “When people start trusting the technology and the materials, and start thinking more in terms of additive manufacturing, we’ll see more complex engineering programs,” she told us.