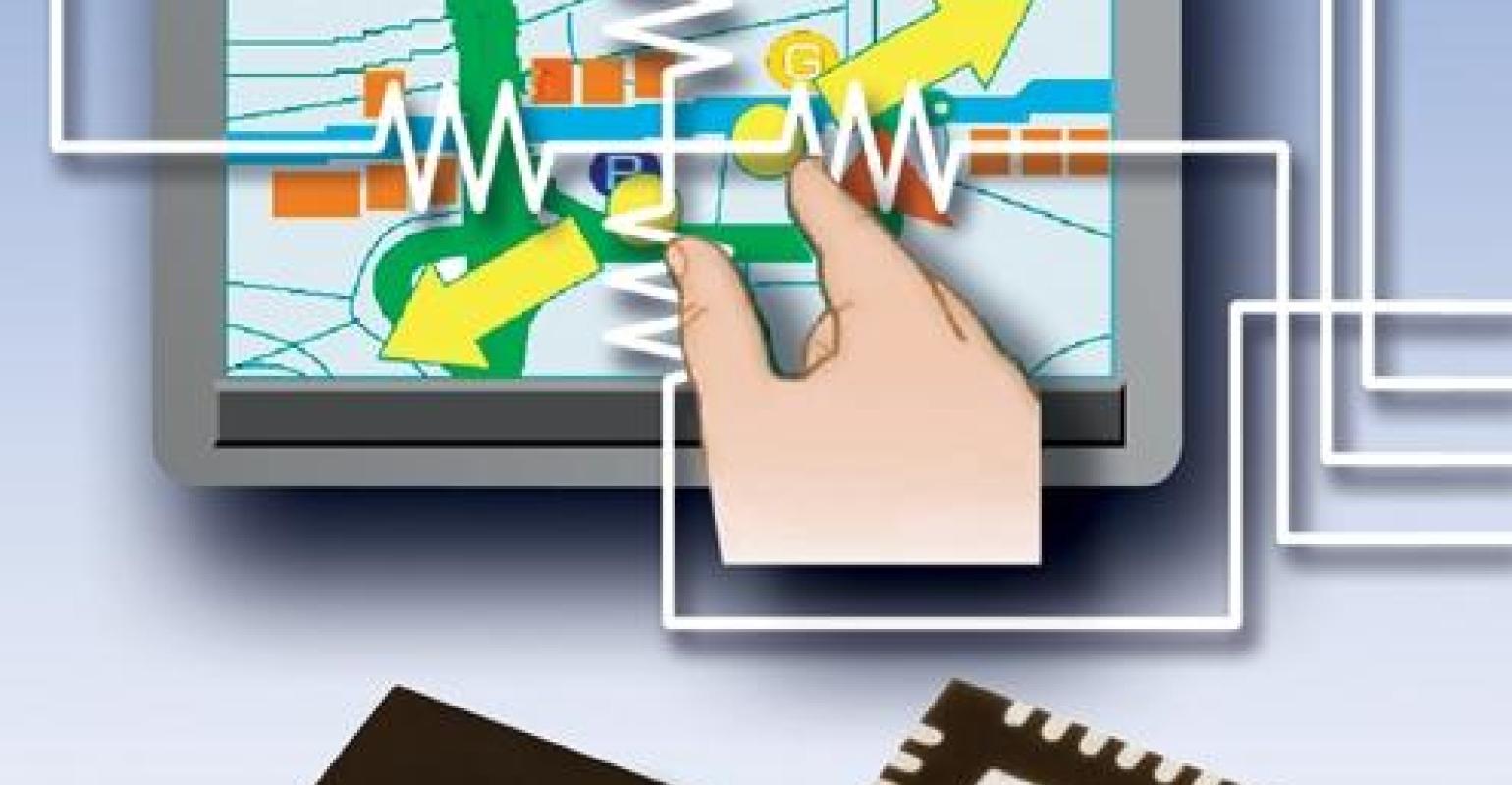 Resistive touchscreens are becoming candidates for multi-touch applications ranging from cellphones to cameras to automotive GPS units. A growing new breed of multi-touch screens and controllers are enabling resistive to move into the multi-touch space, which has, up until now, been dominated by capacitive technology.

"Coming up with a good solution for multi-touch with resistive technology, instead of capacitive, is something that a lot of companies have been looking for," said Rob Lineback, senior market research analyst for IC Insights, in an interview. "It's been an area of interest for industry in general."

Multi-touch was popularized by the advent of such Apple products as the iPhone and iPad, which employ the technology to enable users to do two-finger manipulations, such as pinch, pull, rotate, flick, swipe, and scroll gestures for movement of onscreen pictures or data. All of the Apple products, however, have used capacitive technology.

By moving to resistive, design engineers could enable users of small electronic products to do two-finger manipulations, not only with bare hands, but also with a glove, pen cap, or corner of a credit card. Resistive also offers fast tracking, low power consumption, and light force requirements. Engineers say it could be particularly useful in automotive GPS applications during cold weather, when users want to touch the screen with a gloved hand.

"With capacitive, you have to have a bare finger or some kind of device specially made for the screen," Lineback said. "Resistive screens can detect a wider range of things, even fingernails, because it works off pressure on the screen."

Rohm Semiconductor's recent introduction also adds another dimension to the emerging resistive multi-touch technology. The company's new controller enables users to employ an off-the-shelf, four-wire screen that could decrease the cost of multi-touch resistive technology to about one-third of what it is today.

"You don't have to go to a panel maker to get a special panel made for you," said Vijendra Kuroodi, principal systems architect for Rohm Semiconductor's US Design Center, in an interview. "You just pick one from a catalog and integrate it with your product. It shortens the time to market and costs less."