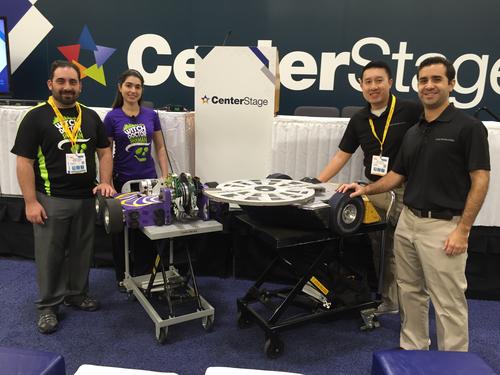 Shown here with members of their respective teams, Andrea Suarez (second from left) and Victor Soto (far right) presented their BattleBot designs and gave tips about designing rugged robots and medical devices, which have some challenges in common. 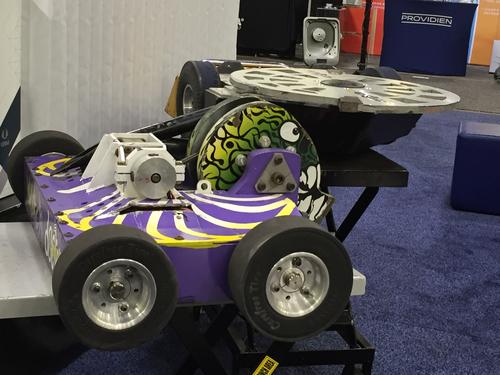 The Witch Doctor BattleBot is a 250-lb multi-bot with a skull-shaped dual-disk S7 steel weapon that spins vertically at over 4,000 rpm. 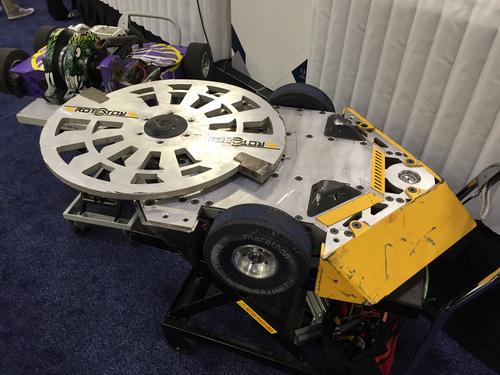 Each of Rotator's two horizontal blades runs at 300 mph, weighs 30 lb, and has hardened steel-cutting teeth.