Understanding the Hardness of Metals 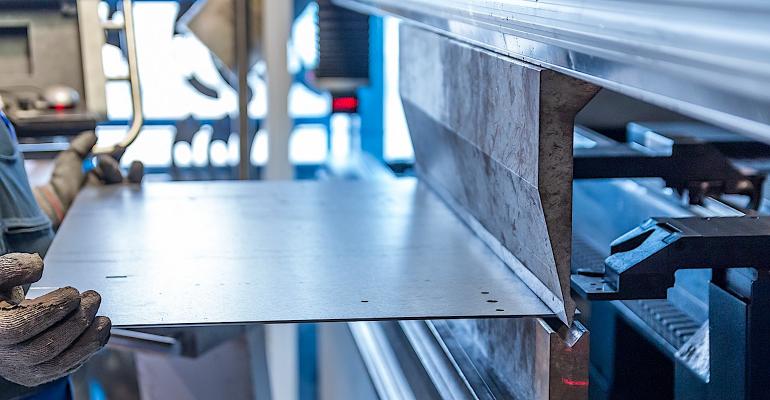 Hardness is a shaky concept, and there are so many different hardness test methods in common use it's easy to get confused. Here, we clear up the confusion.

When designing metal parts, it's important to specify their hardness. However, many engineers have only a shaky understanding of what hardness actually is, or how it's measured. There are good reasons for this. As we'll see, hardness is a somewhat shaky concept, and there are so many different hardness test methods in common use that it's easy to get confused. The purpose of this article is to help clear up that confusion.

First, let's talk about what hardness is not. Hardness has nothing to do with stiffness. A steel part may have a high or low hardness, but it will always have the same stiffness. A titanium part may have the same hardness as a steel part, but it will always have about half the stiffness of steel. Hardness by itself also has nothing to do with whether a material is brittle or ductile. Of two materials with the same hardness, one might be brittle and the other ductile.

What is hardness, then? To provide a somewhat circular and not very helpful definition, it's a measure of how a material performs in a hardness test. This brings us to the subject of hardness testing.

One of the hardness tests most commonly used in the US was developed by Hugh Rockwell and Stanley Rockwell in 1914. Although they weren't brothers or even relatives, having the same last name made it that much easier to come up with a name for the test. In the Rockwell test, an indenter is pushed into a metallic surface with a given force. The hardness is inversely proportional to the depth of penetration.

There are many Rockwell hardness scales, depending on the type of indenter and load used. For example, the Rockwell C scale uses a cone-shaped, diamond-tipped indenter with a 150-kg load. The Rockwell B scale uses a 1/16-inch diameter ball indenter with a 100-kg load. The Rockwell C scale is usually abbreviated HRC (Hardness Rockwell C), while the Rockwell B scale is abbreviated HRB (Hardness Rockwell B). The higher the number, the harder the material, but only relative to other numbers within a given scale. For example, an extremely hard steel might have a hardness of 64 HRC, while a fairly soft steel might have a hardness of 70 HRB.

Thickness of the material also matters. If you're trying to measure the hardness of a thin strip of material, you don't want to use a load that will push the indenter all the way through the material and out the other side. For this reason, there is a series of superficial Rockwell scales that use much lower loads. For example, the Rockwell 15N scale uses a 15-kg load with a conical diamond-tipped indenter.