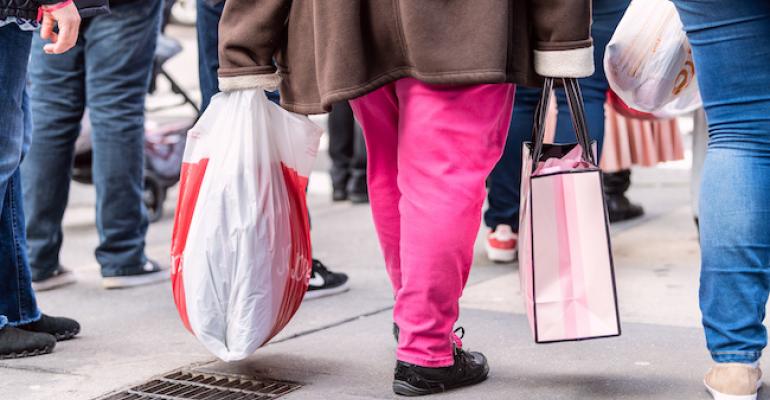 In the sixth installment chronicling Eric Larson’s mission to monitor his consumption of plastic packaging and find a responsible way to recycle it, he comes up against the concept of economic feasibility.

It happens every year, on the Friday after Thanksgiving. Stuff is on sale. All kinds of great stuff. And at incredible prices!

I took my collection of PE film bags to my local Vons supermarket two days before Thanksgiving. The bag had been sitting in the trunk of my car for several weeks. Someone had referred me to a page to find a collection site. I entered my ZIP code, saw the name Vons on the list, got rather excited. Vons is owned by Albertsons Co., the second largest grocery company in North America. Here in Southern California, Vons stores are everywhere. When I saw Vons on the list, I assumed my local store was involved. I was wrong.

Seems my local store can’t be bothered with collecting plastic bags. I think I can guess the reason: It’s not economically feasible.

I am not an expert, but I know the basic economics of manufacturing and distribution: Fixed costs, variable costs, capital investment, amortization, overhead, gross vs. net, profit vs. loss. I know what’s involved in bringing a new product or new technology to market. Sure, there are times when something is not economically feasible, but there are also times when the real answer is: We don’t know how to do it. Or even worse: We don’t want to do it.

I don’t go shopping on Black Friday. I don’t like dealing with the crowds. Also, shopping online these days has gotten incredibly efficient. I can order anything I need online—the vendor selected based on reliability and cost efficiency—and have it delivered to my door, often at no extra cost. Sometimes, it arrives at my front door within a few hours of my ordering it. How can this be economically feasible?

The delivery itself is simple. The item is well packaged, usually in a cardboard box, with some bubble wrap, foam cushioning, packing peanuts, paper packing slips and receipts, and various PE shipping bags. If I want to keep the item, I take all of the packaging and put it in my recycling bin for curbside pickup. Of course, I am paying for this service via various taxes and fees, but I don’t know the cost breakdown, or if it is economically feasible. But the PE shipping bags I have to separate and take to a specialized collection site . . . which is not my local Vons.

But the funny thing is, if I want to return the item I just bought, with all of its packaging, all it takes is a couple of clicks. I put everything back in the box, drop it off at a local collection site and get a refund within minutes. How can this be economically feasible?

On May 25, 1961, President John F. Kennedy delivered a speech to a joint session of Congress. In that speech, he stated that the United States should set a goal of landing a man on the moon and returning him safely to Earth by the end of the decade. I don’t think he used the disclaimer, just as long as it is economically feasible.

That speech inspired America. In July of 1969, we landed human beings on the surface of the moon and brought them home safely. While we left behind all kinds of trash in the process, that event changed the world.

Today, some 50 years later, we are struggling with the issue of plastic trash. Yes, there are technical problems that need to be solved, but it seems that a lot of effort is being spent trying to determine what is—and what is not—economically feasible.

Now that is what I call a Black Friday.

Read the next installment, in which Larson reflects on the cycle of life from a plastics perspective. If you're a newcomer to this series, you can read part one here. 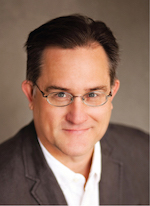 Eric R. Larson is a mechanical engineer with over 30 years' experience in designing products made from plastics. He is the owner of Art of Mass Production, an engineering consulting company based in San Diego, CA. Products he has worked on have been used by millions of people around the world.

Larson is also moderator of the blog site plasticsguy.com, where he writes about the effective use of plastics. His most recent book is Poly and the Poopy Heads, a children’s book about plastics and the environment. It is available on Amazon.