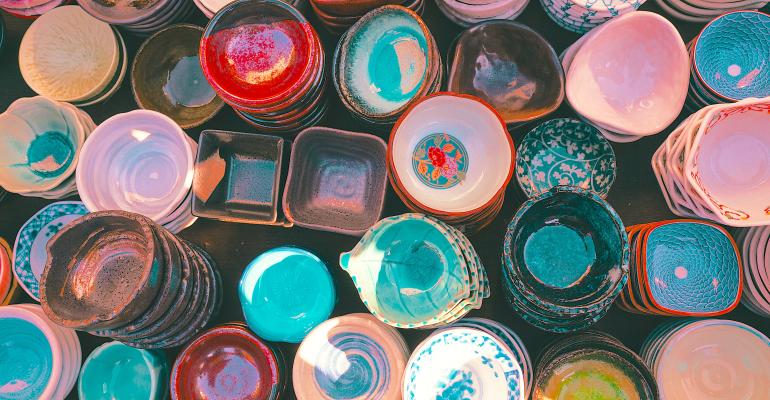 Researchers have discovered a way to create ceramic materials that can change shape, which could mean significant enhancements for a range of electronic and medical devices, they said.

An international team of researchers from the University of Minnesota Twin Cities and Kiel University in Germany created a route to producing a reversible shape-memory ceramic by changing the chemical structure of the material.

Related: These Breakthrough 2D Materials can Self-Program Into Complex Shapes 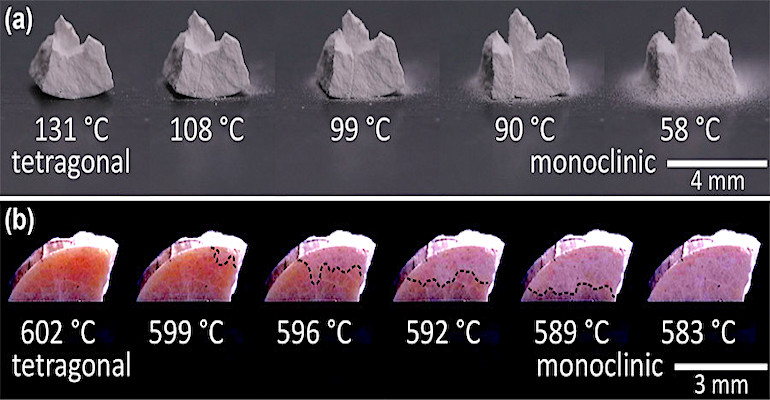 A diagram shows what happened when researchers implemented attempted to create shape-memory ceramics with one sample of ceramic material. Instead of improving the deformability of the ceramic, they observed that some specimens gradually fell apart into a pile of powder, a phenomenon they termed “weeping.”

Ceramics are perhaps best known for their use in dishes and plates but because of their semiconducting, superconducting, ferroelectric, and insulating properties, also have numerous uses in electronic applications.

Still, however useful, shape memory so far has been a characteristic reserved for alloys and polymer-based materials while ceramics are known for being brittle and breaking quite easily. Anyone who’s ever dropped their favorite coffee mug in the kitchen has experience with this.

“Shape-memory ceramics would be a completely new kind of functional material,” explained Richard James, a distinguished professor in the University of Minnesota’s Department of Aerospace Engineering Mechanics. “

Indeed, these types of materials could be used in electronics that can withstand higher temperatures or corrosive environments—such as shape-memory actuators—or to create ferroelectric ceramics, in which the phase transformation can be used to generate electricity from small temperature differences, he said.

Creating ceramics with shape memory was not a straightforward process for researchers, they said. First, they attempted to accomplish this by using a solution that in the past has worked for the discovery of new metallic shape-memory materials. This involves tuning the distances between atoms using compositional changes so that the two phases fit together well, they said.

However, this solution did not give them the desired results. On the contrary, instead of improving the deformability of the ceramic, the attempt left them with ceramics that exploded when they passed through the phase transformation, while others collapsed in a pile of powder, a phenomenon researchers dubbed “weeping.”

Eventually, researchers achieved a solid-to-solid phase transformation that was reversible, easily transforming back and forth between the phases similar to the characteristic of typical shape memory material, they said.

“Specifically, when cooling the kinematically compatible ceramic (Zr/Hf)O2(YNb)O4 through its tetragonal-to-monoclinic phase transformation, the polycrystal slowly and steadily falls apart at its grain boundaries (a process we term weeping) or even explosively disintegrates,” they explained in an abstract for a paper detailing their work in the journal Nature. “If instead, we tune the lattice parameters to satisfy a stronger ‘equidistance’ condition (which additionally takes into account sample shape), the resulting material exhibits reversible behavior with low hysteresis.”

While researchers have not completely solved the puzzle yet, the mathematical conditions under which they achieved reversible transformation occurs can be applied widely to provide a way forward toward the paradoxical shape-memory ceramic, they said.

“The theory developed on this basis not only describes the behavior [of the materials] but also shows the way to get to the desired compatible shape memory ceramics,” said Eckhard Quandt, a co-author of the paper and professor in the Institute for Materials Science at Kiel University.