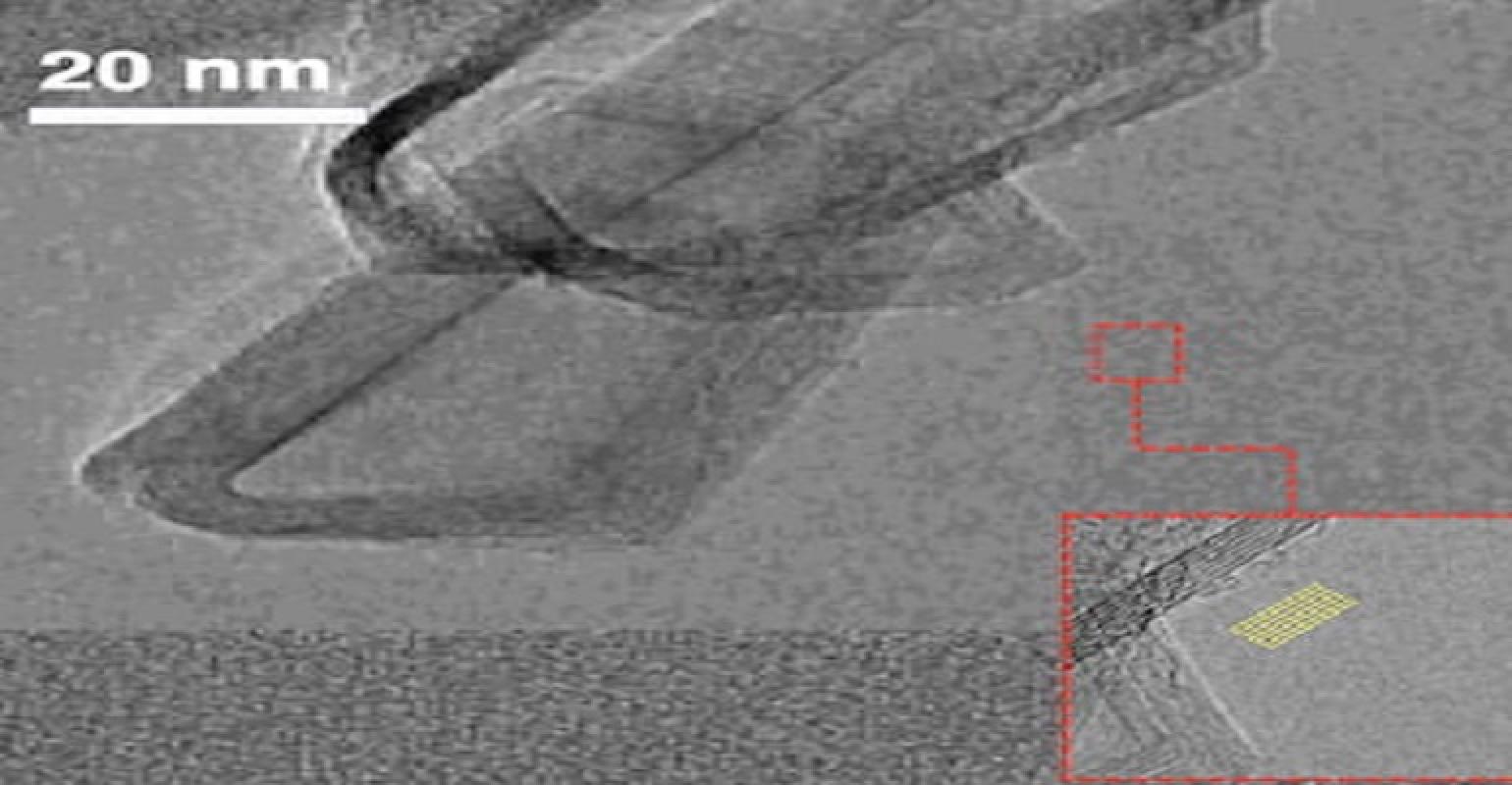 A transmission electron microscope image shows flash graphene produced at Rice University. The process promises to produce high-quality turbostratic graphene from plastic waste that can be used to enhance electronics, composites, concrete, and other materials.
A new method recycles waste plastic into a useful and versatile carbon-based material.

Plastic pollution continues to be a massive problem around the world, showing no signs of slowing down.

Researchers at Rice University have come up with a new and useful way to repurpose plastic waste into a carbon-based material that has numerous uses in scientific and commercial applications—graphene.

A team led by Rice chemist James Tour developed the process, which is a modification of a previously invented way to make flash graphene to enhance it so plastic can also be recycled into the material.

“In our lab, we have great interest in solving various environmental problems,” explained Wala Algozeeb, a graduate student who worked on Tour’s team, to Design News. “Plastic waste happened to be one of the problems that we often talk about within our group.”

Indeed, helping to solve the problem of plastic pollution is a key goal for Tour’s work as a researcher due to the great harm it poses to the environment and the human race, he said.

“We have to deal with this,” Tour said in a press statement. “Microbes in the ocean that convert carbon dioxide into oxygen are being hindered by plastic breakdown products and they’re reversing the process, taking oxygen and converting it to carbon dioxide. That’s going to be really bad for humans.”

From Plastic to Graphene

The process involves “a simple application of high electric current on a sample, which causes the temperature to rise in a very short time, inducing interesting chemistry,” Algozeeb explained.

More specifically, researchers can take pieces of post-consumer plastic received from a recycler and then mix it with carbon black. They then apply timed pulses of AC and CD electricity to turn this product into a high-quality material called turbostratic graphene, a soluble substance that can be used to enhance electronics, composites, concrete, and other materials. The process also produces carbon oligomers, or molecules that can be vented away from the graphene for use in other applications.

“The graphene produced in our lab has superior properties compared the commercial graphene because of the ease of processing,” Algozeeb explained to Design News. “Our graphene can be easily processed into solutions and composites.”

The graphene sheets produced by the process are pristine with a low degree of defects, which results in “great composites properties,” he told us.

Moreover, graphene is at least 10-fold less expensive to make that graphene produced using existing technologies. Tour estimated that at an industrial scale, the process could produce graphene for about $125 in electricity costs per ton of plastic waste.

Polymers that can be transformed by the process include thermoplastics such as polypropylene, polystyrene, Polyvinyl chloride, and high density and low-density polypropylene, Algozeeb said. Thermosets and rubbers also can be recycled using the process, he said.

Wala characterized the number of applications for the graphene the team produces with the process “limitless.” Graphene can even be used as a cement additive, providing a “huge large-scale market for our graphene,” he said.

The team plans to continue its work to find new ways to use the flashing process to solve other environmental challenges, Wala said. One area of potential interest is to transform food waste to graphene in this way, he said.