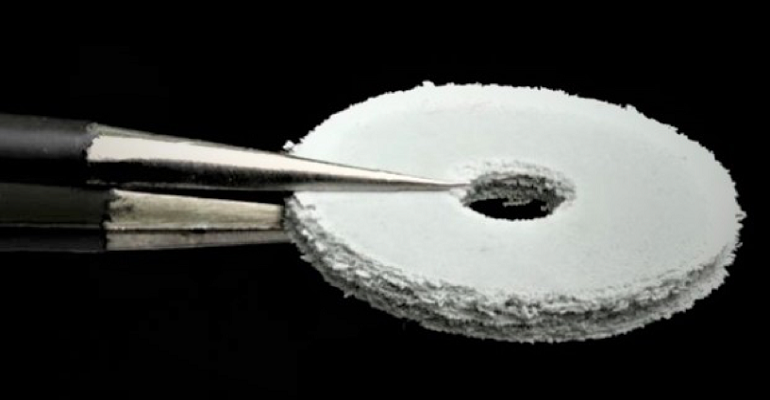 Researchers have developed a new technique to allow a laser-based 3D printing process that previously could only print with one material now use several at the same time.

A team of engineers at Columbia University in New York modified the selective laser sintering (SLS) process by inverting the laser so that it points upwards, they said. This change allowed for multi-materials printing using the process.

SLS is a process that prints parts out of micron-scale material powders using a laser; the laser heats the particles to the point where they fuse together to form a solid mass.

Additive manufacturing has become a low-cost and efficient way to print objects and parts, and has made major progress for industrial, commercial, and medical use in the last 10 years. 3D printing using one material is pretty straightforward; however, as most printed parts typically use more than one material, researchers have been trying to create methods to use multiple materials efficiently and effectively.

SLS is similar to other processes in that so far, printing has worked well when using powder made from one material. However, it’s been challenging to use different powders because of the need to selectively place different fine powders down together in an individual print bed, said John Whitehead, a Ph.D. candidate in mechanical engineering at Columbia who collaborated on the research.

“These powders can potentially become mixed at the boundaries both in layer and layer-to-layer, making separating the unfused material out again very challenging. Imagine trying to layer salt on top of pepper and then separating them out again,” he told Design News.

Another issue with using multiple materials with SLS printing is that different materials act differently when heated—either by the laser or through the ambient heating that is common in these print beds—depending on their thermal/mechanical properties and the temperatures that they are exposed to, Whitehead told us. “This can make the overall print more unpredictable,” he said.

To solve the problem, Whitehead and his colleagues separated the print bed from one single chamber into multiple separate glass print trays to “greatly” reduce material mixing, keeping the materials separate and allowing each print tray to be processed under different conditions, he told us.

The process works like this: researchers coat a piece of glass with a very thin layer of material powder, and press a print platform on top. They then direct a laser up through the bottom of the glass, which fuses a selected region of the powder to the platform.

“The platform is raised up, and the glass can be recoated with a fresh powder layer, repeating the process over and over fusing new layers to the previous ones generates a solid part,” Whitehead told Design News. “Using multiple pieces of glass coated with different powders, we can move the print platform around, or rotate the glasses under it, fusing different materials in the same printed part.”

The team published a paper on their work in the journal Additive Manufacturing.

The process also could be used with other thermoplastics, such as PLA and PA12, and potentially with metals as well, Whitehead told us. In fact, the team’s next step is to test how it works with printing metal components, he said.

For commercial applications, researchers envision using the process to fabricate “complex components out of multiple high-strength materials, with a wide array of different mechanical, electrical and thermal properties,” Whitehead added, such as those required in the aerospace, medical, and robotics fields.